2018 stands to be another positive year for legalization proponents across the United States. Several states have measures either on the ballot or under consideration at this time. Some cover medicinal use under restricted allowances, while other states are pushing for full-fledged legalization.

As 2017 comes to a close, there are several states to watch in the new year.

Outlooks vary by state, but these are the places you could be hearing about in 2018 when medical and adult use cannabis bills come up for vote.

Recently elected Governor Phil Murphy (D) made a bold claim to legalize marijuana within his first 100 days in office. Murphy is set to begin his tenure in office in January, leaving many supporters of cannabis legalization eager to see if he will follow through with his promise.

Legal cannabis in New Jersey might fuel other states in the area to consider progressive marijuana legislation for their own states as well. One thing is certain, a lot of eyes will be on Governor Phil Murphy during his first few months in office.

In Michigan, legalization has a fighting chance to be on the ballot come election day. On November 20, 2017, around 365,000 citizen signatures were filed for the initiative. The filing of the names proved hectic after the effort needed to fundraise $30,000 to pay off the company it used to collect signatures for the measure.

If successful, the move would revise Michigan's 2008 medicinal legalization. In its place, adult use in the state would permit adults 21 and over to consume cannabis for personal use, as well as to grow up to 12 plants in their home. Proponents face an uphill battle as most ballot measures tend to cost around $8 million to educate the public. Currently, the initiative is estimated to have only $1 million in funds.

Prospects look bleak in Arizona as a proposed legalization initiative lacks citizen support throughout the state. The lack of support signals another blowback for Arizona's marijuana proponents. On Election Day 2016, it failed to pass the measure as well.

However, Dave Wisniewski, chairman of Safer Arizona, the group leading the state campaign, blamed the 2016 proposal. "Prop. 205 was legitimately a very flawed law. There was a large population of cannabis consumers who voted ‘no’ on it. I don’t believe Arizona voted down Prop. 205 because they didn’t want marijuana."

Cincinnati, Ohio business leaders Jimmy Gould and his business partner Ian James of Columbus are once again spearheading a push for legalization in the state. Their initial effort in 2015 reached the ballot, only to be overwhelmingly voted down.

The duo is now pushing forward with a proposal that includes a 21 and over age requirement and similar laws that apply to alcohol production and driving under the influence. Like the case in Arizona, the two feel confident with a better bill this time around, and it will be on the ballot once again.

The Green Mountain State nearly made history by becoming the first state to legalize recreational marijuana though an act of the Legislature. Unfortunately, the legislation was vetoed by Governor Phil Scott (R) soon after the bill arrived on his desk.

Although the vetoing of the bill was deflating to legalization supporters, Governor Scott has mentioned several times that he is open to revisions in the bill. Many supporters of legalization believe a bill will be passed sometime in 2018.

Oklahoma cannabis supporters saw success in their state this year, with a medical marijuana initiative going to vote in the coming months. Governor Mary Fallin plans to set a date for the vote after the start of 2018, with the June primaries or November general election as the date. The vote was brought on after an August filing of over 67,000 signatures – 2,000 more than required.

If the initiative passes into law, medical access will become available for all patients with qualifying ailments. Currently, Oklahoma has CBD oil accessible to individuals with epilepsy and spasticity issues from MS and paraplegia.

South Dakota may see medical legalization on the ballot, though its efforts for recreational marijuana are dead for now. The wording in the adult use measure, which would have legalized use for adults over the age of 21, came into question and derailed the movement. The text in question challenged that the measure called for only the legalization of paraphernalia. Nevertheless, the medicinal proposal could reach the ballot and cover those afflicted by severe ailments who are recommended by a physician.

Two versions of a legalization initiative have been proposed in Missouri. The intended goal of both aims to remove marijuana from the state controlled substance list, legalize adult use, as well as signal the immediate release of all prisoners in jail for nonviolent cannabis offenses.

While lawmakers push for change, law enforcement officials stand on both sides of the aisle.

Some, like Nodaway County Sheriff Randy Strong, claim information out of Colorado shows the real crime impact of legalization. “I base this off of cases out of the state of Colorado where they are dealing with these issues, but these issues aren’t really being made public because of the pro-legalization people,” Strong said. Meanwhile, others like Vandalia's Police Chief Chris Hammann have shown support.

Other states like Utah could see medical marijuana reach the ballots behind growing support across the state. Meanwhile, Rhode Island is pushing for legalization without the immediate rollout of brick and mortar dispensaries. In Maryland, the state is taking the same approach to legalization as it did with gambling ten years ago.

While ballot prospects vary, expect to see the push for cannabis to continue sweeping across America in 2018.

What state do you want to see legalize cannabis next? Comment below! 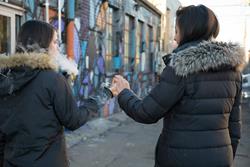 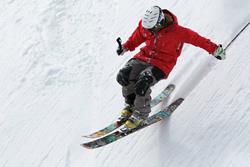