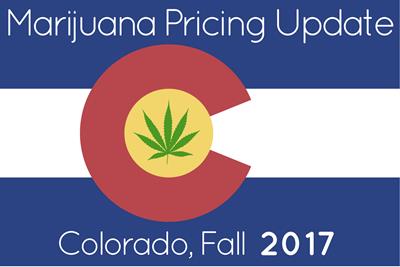 As the winter months continue to yield frigid temperatures, it’s time to get cozy and read up on the latest marijuana pricing trends in the Centennial State. As always, we’re bringing you this information with the help of our good friends at BDS Analytics.

BDS Analytics collects point of sale information from hundreds of dispensaries across Colorado to accurately provide pricing reports and trends. We are always grateful for their assistance and without their industry expertise, we wouldn’t be able to provide such robust insights into the cannabis industry. With that being said, let’s explore the pricing data from Fall 2017.

2017 will be known as the year that the contribution of sales from flower dropped to less than 50 percent in Colorado’s cannabis industry.

Through October, just 49.5 percent of sales came from flower.

This key category generated a greater proportion of sales in medical dispensaries, where flower still contributed 54 percent of revenues. In the larger adult-use/recreational channel, flower contributed less than 48 percent of sales in the ten months ending in October, and the trend shows no signs of slowing.

Since 2014 when legal adult-use sales of cannabis began in Colorado, flower prices have declined precipitously across both adult-use and medical channels. Lower prices have sparked demand and overall the category has grown, even if its share of the market has gone in the opposite direction. While prices have continued to decline in 2017, the rate of decline has slowed and the corresponding growth in sales volume has nearly ceased.

As further declines in average retail price struggle to generate sufficient increased demand, we should see prices even out. Should prices fall much further, we are likely to see reduction in the flower category, which would lead to attrition and consolidation among cultivators and perhaps even dispensaries. 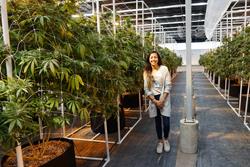 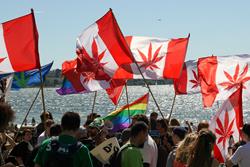 Is Canada Building a Cannabis Monopoly?

Is Canada Building a Cannabis Monopoly?