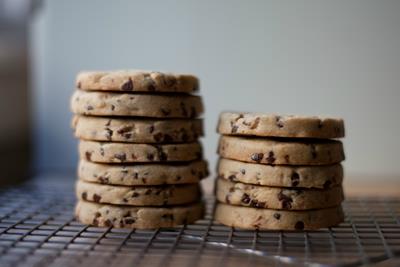 Marijuana-infused edibles are the second-most-popular cannabis product in the United States, accounting for roughly 13 percent of the cannabis sales last year. And while it’s become common knowledge that the effects of edibles can take anywhere from minutes to hours to kick in, many people may not understand exactly why that is.

How Does Bioavailability Influence Effects of Edibles?

According to the Balance, “bioavailability” is a pharmacological term referring to “the degree and rate at which an administered drug is absorbed by the body's circulatory system”. It is used to determine the correct dosage of any medication administered non-intravenously (not directly into the bloodstream). This includes pills, patches, suppositories, inhalable products and, of course, edible products.

There are many things that can affect the bioavailability of a drug, which can make dosage determination difficult.

Some of the things that can affect bioavailability include a person’s metabolic rate, sleep cycles, drug and food interactions, health of the gastrointestinal track, age, and the formulation of the drug itself. In the case of cannabis edibles, these may be classified as either gastrointestinal or oral uptake products (or both) which can greatly affect a product’s potency and on-set time.

Absorbing Cannabinoids Through the Gastrointestinal System

By far the most common form of edibles are those absorbed through the gastrointestinal tract. This includes things like cookies, pills and snacks, which all require the food be processed in the liver before making it to the bloodstream. While this method of absorption often takes longer for the effects of edibles to be felt -- sometimes up to an hour or more due to all the processing it must endure, the experience typically lasts longer, making it ideal for those dealing with chronic pain (or those wanting to hop a plane while high, for that matter).

Cannabinoid absorption via the gastrointestinal tract can only occur once the product has reached the small intestine and liver.

From there, fat cells containing cannabinoids and other nutrients are absorbed into the bloodstream (causing a powerful body high) and carried to the brain (the head high). The whole process can take up to two hours to take effect and can remain in the bloodstream for many hours afterward depending, of course, on factors like a person’s metabolic rate, tolerance level and food/drug interactions.

Gastro-uptake edibles have a bioavailability of between four and 12 percent with an average of around 6 percent. This means that only about six percent of a product's total cannabinoid content will get absorbed into the bloodstream (the rest will get burned up or excreted in the urine) compared to inhaling cannabis which has a bioavailability of anywhere from two to 56 percent. Bioavailability can be improved, however, when consumed in conjunction with certain foods like mangos or nuts, which help promote absorption into the bloodstream.

Sublingual cannabis products like tinctures, lozenges, gummy candies and drinks provide a more efficient means of absorption because they can bypass the whole digestive tract and enter directly into the bloodstream via the highly permeable oral cavity. Different areas of the mouth have varying levels of permeability (under the tongue being the most porous followed by the cheek then the roof of the mouth) which means that cannabinoids coming into contact with these different areas will have different rates of absorption. For this reason, sublingual cannabis products should be administered under the tongue for the quickest results (sometimes as little as a few minutes) but should still work if they accidentally get swallowed – you’d just have to wait for them to be digested first.

When cannabinoids are absorbed sublingually, the effects of edibles are not only felt quicker but have an increased bioavailability of around 50 – 75 percent in some cases. This means that less product is needed to feel its effects, which saves both time and money. Not only that, but sublingual dosages are easier to manage because fewer variables are at play – no digestion or “helper foods” are needed to be effective -- and because it works so quickly, there is less likelihood of an uncomfortable case of overconsumption. Though sublingual cannabis doses may vary depending on the product and potency, typical dose recommendation is usually as little as a drop or two (i.e. 1-2 mg of cannabinoids) compared to gastrointestinal products which have a recommended dose of around 10 mg.

Consuming cannabis orally is perhaps one of the most medically beneficial ways to ingest cannabinoids – there is no lung irritation or risk of carcinogens, the effects are powerful, long-lasting and they can be consumed discretely as needed. But there’s more to cannabis edible absorption than just a “wait-and-see” approach. Depending on the type of edible being consumed, bioavailability and thus absorption rate can vary greatly. So the next time you’re at the dispensary trying to decide which edible product to try, consider how quickly (and for how long) you want it to work and choose your move accordingly.

Do you have a favorite cannabis edible product? Tell us about it.

Why Does Cannabis Make You Laugh?

Why Does Cannabis Make You Laugh? 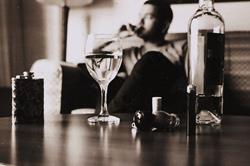 Greening Out: Combining Cannabis and Alcohol

Greening Out: Combining Cannabis and Alcohol