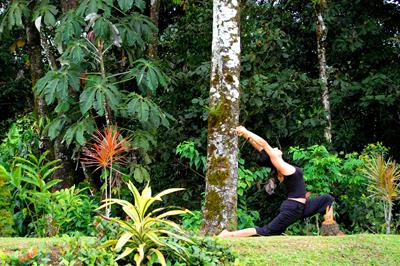 Cannabis in the Holistic Healing Toolbox

Though the legalization of medicinal cannabis is slow to make its way through the country, word of its efficacy in treating a myriad of health conditions is spreading fast. Now, the four states in which cannabis is legal for adult use -- Colorado, Oregon, Washington and Alaska -- are seeing an unprecedented amount of tourism from individuals looking for alternative options. But because its legality is so new, few practitioners, let alone inquisitive self-prescribers, are well-versed in how to get the most out of cannabis and to use the herb within the context of an overall successful health strategy.

A Total Health Paradigm is Key

Cannabis has been used in medicine since ancient times, with its first documented usage is in Chinese medical books that date back to 2637 BC. The herb has only been used legally in a medicinal capacity in the United States within the past several years. Since the Industrial Revolution and the advent of synthetically-derived medicine, marijuana has been considered a competitive threat to the profits of pharmaceutical companies. Despite its classification as a Schedule 1 drug, it is considered overwhelmingly safe, having very few (and very minor) side effects.

There are two ways marijuana can be regarded by those who use it for medicinal purposes: as a pharmaceutical agent or as a part of a holistic health plan. With more than 22,000 studies proving the therapeutic benefits of cannabis, it’s difficult to dispute the plant’s efficacy in treating an array of problems. But if cannabis is used only as a pharmacological agent, there is a risk of repeating the mistakes of modern medicine, which is to merely target a symptom instead of the cause. The result from this approach is that cannabis’s full potential may never be realized.

When it comes to holistic healing, practitioners draw upon the wisdom of many modalities such as nutrition, fitness, chiropractic care, acupuncture, yoga, mental healthcare, and medical cannabis. By definition, the focus of holistic healing is to address the root of the problem instead of attempting to quell the symptoms. So when medical marijuana is seen through the lens of holistic healing, its value and efficacy is automatically enhanced.

Cannabis has been proven to be instrumental for health conditions such as cancer, seizures, mental disorders, and others — in some cases, sending cancer patients into remission and drastically reducing (if not eliminating) seizures in patients who have otherwise experienced 300-plus seizures a day. Used properly, cannabis is a lifesaver and a life-giver, though still a threat to pharmaceutical companies because it’s inexpensive, accessible, and viable for self-prescribers.

A Need For More Informed Practitioners

The majority of information obtained by the public, if they’re seeking out the healing effects of medical cannabis, is often garnered from budtenders when a patient or user visits a dispensary. This is unfortunate, as these individuals (better known as the sales staff at a shop) are typically not trained healthcare providers and as a result, the information that is relayed can be misleading, not helpful or incorrect.

Martin Lee, director of Project CBD, a nonprofit dedicated to providing research in cannabidiol medicine (and speaker at the Holistic Cannabis Summit on The Tao of Healing: The Integration of Cannabis Therapeutics & Holistic Modalities), speaks to this matter, saying, “…it’s kind of unfair for the staff at the dispensary because they’re not trained in a medical practice, and yet they have to assume that role.”

Education is key to be able to explain that although cannabis is extremely effective (because it works on receptors within our body’s own endocannabinoid system), it should always be used with a holistic approach. Meaning, if the problem is pain, insomnia, seizures, cancer, anxiety, etc., more than one modality should be used to treat the problem.

For example, consider if the main health issue is pain. Cannabis can provide relief, but applying it along with a number of other methods, such as chiropractic treatments, acupuncture, yoga, etc., will prove much more effective in treating both causes and effects of the problem. For this reason, advocates such as Martin Lee and organizations such as the Holistic Cannabis Network are dedicated to providing knowledge on how to integrate cannabis with other modalities.

And, as important as it is to educate practitioners on the place cannabis has within the healing framework, it’s equally important to empower the consumer when it comes to what they’re putting into their bodies. Instead of just meeting a patient for seven minutes and sending them on their way with a shallow idea of his/her condition and a drug, some holistic practitioners have begun to lead tours of dispensaries, much like some dietitians who take their patients on grocery store tour, to teach healthful food shopping.

For those who are traveling for access to medical marijuana,  it may be helpful to keep in mind that cannabis is only one instrument in the holistic healing toolbox. With the surplus of information that is becoming more and more available on medicinal cannabis, it’s wise to find a holistic-minded practitioner who considers the whole picture, or at least recommends cannabis as an adjunct to a healthier lifestyle. 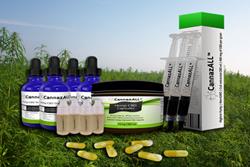 Hemp CBD Oil: A Miracle Drug in the Cannabis Industry

Hemp CBD Oil: A Miracle Drug in the Cannabis Industry 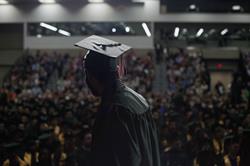