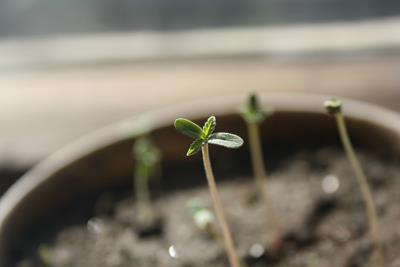 You can get more accomplished as a team than you can as an individual, so why not recruit some new members to team soil? That’s right, by adding special organisms and other “garden helpers,” you can improve the condition of your cannabis grow – and ultimately your whole cannabis crop – by using “living” or “no-till” soil as your grow medium.


Some of the benefits of using living soil include easier absorption of nutrients by plant roots, reduced watering frequency, limited erosion, improved aeration and additional protection against more dangerous pests.

What is Living Soil?

Living soil is the community of organisms working together to break down organic matter in soil which, in turn, provides valuable nutrition to plants and other surrounding organisms. This no-till soil functions as its own ecosystem, feeding itself and the plants that grow from it through a “soil food web” of bacteria, fungi, protozoa, nematodes, earthworms and anthropoids. 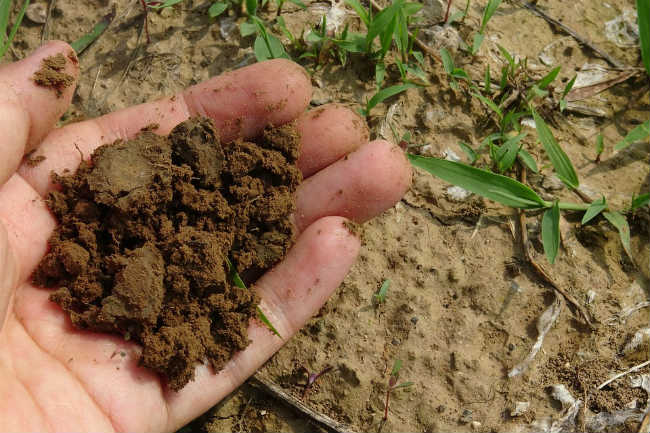 The rout of decomposition follows the same path: organic matter collects on the ground where decomposers like bacteria, fungi and nematodes break it down. Next, organisms like nematodes and protozoa come alone and feed on the bacteria, fungi, etc., then anthropoids (small insects) come and feast on them until small animals consume them.

Soil that doesn’t contain beneficial organisms is not living (and arguably just dirt) and requires nutritional supplementation via fertilizers and compost teas. Though many organic fertilizers provide the nutrients plants need to thrive, the natural process of living soil is both safer (no worries about plants burning from overexposure to fertilizers) and more efficient (feeding plants is a natural byproduct of the process).

Not only that, but worms and insects living within the soil help keep it aerated which helps roots stretch and helps plants grow large and full. Soil organisms also help control dangerous pests and improve water retention thus reducing the amount of attention needed to grow large cannabis crops.

Tilling speeds the breakdown process but also reduces the lifespan of the organisms living in the soil. Essentially, excessive tilling kills off the organisms in the soil rather than nurturing them. Instead of tilling your soil, it’s important to let it do its thing allowing other organic matter to collect on the soil surface. 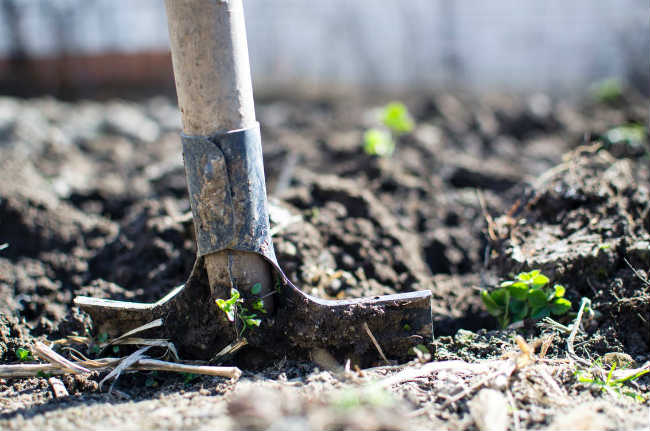 Tilling reduces the lifespan of organisms found within the soil. photo credit

Mother Nature will take over, pulling the solid matter into the soil naturally to boost the amount of active organic matter in the soil. Because organic matter is the single source for energy and nutrition, naturally improving its organic content is beneficial.

How to Create Living Soil for Your Cannabis Grow

Though it may seem counterproductive to add pests, bacteria and fungus to your cannabis grow, it most certainly is not. In fact, some of the best cannabis on the market is grown using living soil as an easy solution to organic cannabis cultivation. 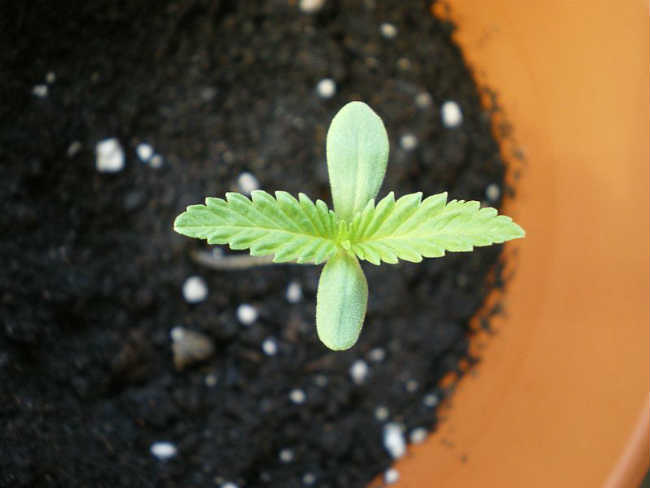 When the soil itself works to both feed and protect the plant, there is little need for additional pesticides, fungicides, or harsh fertilizers.

Though the specific soil recipe will vary by grower, all living soil includes the following:

The minerals that make up soil can be broken down into three categories: clay, sand and silt. Different ratios of minerals can affect the soil’s density and other characteristics making it more or less appealing for gardening purposes, but can always be modified by adding organic matter to the mix.

Like all living things, soil needs water to live. Soil utilizes the water in one of three ways: by flowing along the path of least resistance to bring water and nutrients to the plants roots, by storing itself in porous minerals for later use, and by providing water to microbes so they can thrive and contribute to the health of the soil.

Most beneficial life requires oxygen to survive. Due to the complex cycle of no-till soil, air and moisture are constantly being cycled through the soil to keep roots oxygenated allowing for respiration and the creation of carbon dioxide.

Organic matter is the basis for all nutrition that your plants will require, so its importance cannot be understated. Comprised of any decaying plant or animal matter, organic soil additives must be broken down by microorganisms if plants are to utilize them. Common organic soil additives include compost, trim and grass clippings, manure, earthworm castings, or bone meal. 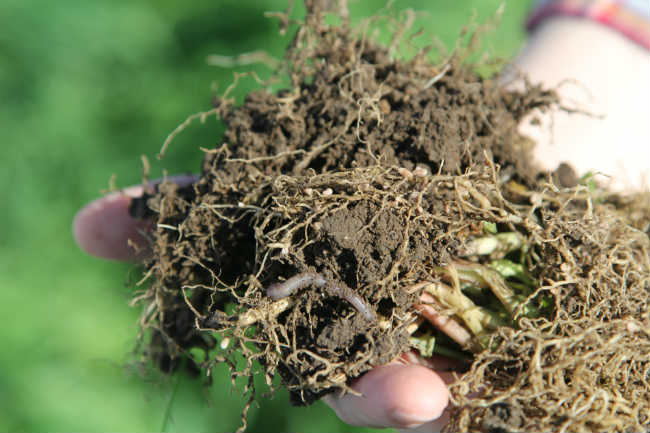 Anaerobic microorganisms like clostridium, for example, kill off beneficial bacteria while fostering pathogenic bacterial growth. Aerobic bacteria, on the other hand, fully digest organic compounds through their respiration process thus improving metabolic efficiency. Common aerobic bacteria used in cannabis grows may include selenium-, boron-, and nitrogen-secreting bacteria which can be added to the soil using compost tea.

Cannabis cultivation has come a long way since the 1960’s and 70’s, yielding bigger, more potent bud today than that of yesteryear, but one thing we’ve learned in our quest for the best buds is that Mother Nature had it right all along. Whether growing outdoors or in a well-controlled grow room, feeding cannabis with living soil is perhaps the best way to yield awesome results with minimum effort.

Have you tried living soil for your cannabis grow? Tell us about your experience. 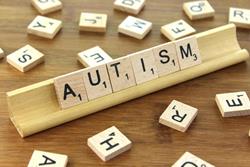 Cannabis and Autism: Is Marijuana an Effective Treatment?

Cannabis and Autism: Is Marijuana an Effective Treatment? 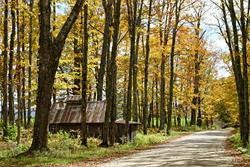