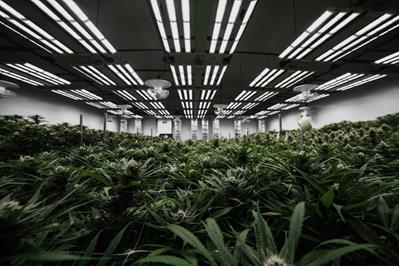 However, that’s all changed. Aside from energy savings, modern LED grow lights now offer superior light output, a far wider light spectrum, and many other advantages over traditional grow lights that boost both yield and quality.

That’s why PotGuide is here to enlighten you on the evolution of LED Grow lights, how and why they improve the growing process, and which grow lights are best for the commercial and home grower. 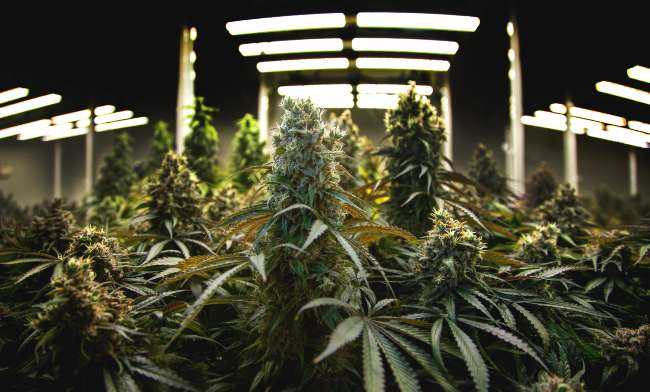 High Pressure Sodium and Ceramic Metal Halides were the growers only options until LEDs changed the game for the cannabis industry. photo credit


HPS offers a powerful bulb which helps to maximize THC output in a grow room. A single 1000w HPS bulb produces three times the lumen output of a CMH bulb. They also offer a wide variety of reflectors to fit any grow room need, are available as both single and double-ended bulbs to further boost light potential, and are the cheapest option. On the downside, they require a lot of energy, put out a lot of direct heat, and need to be replaced frequently. 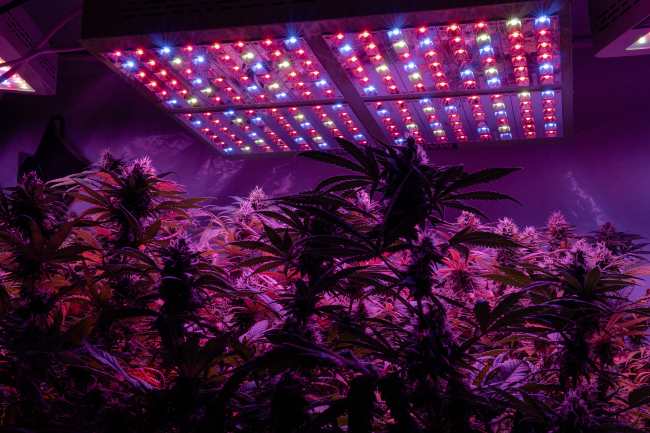 The first LED were helpful in cutting down electricity costs, but they didn't dialed in their light spectrum perfectly quite yet. photo credit

Around 2010, LED grow lights were introduced. LEDs (Light Emitting Diodes) are 90% more efficient at producing light, run far cooler due to a heat sink, and can be customized to produce a variety of color spectrums for any use. However, early LED grow lights had a higher upfront cost (they still do), couldn't match the lumen output (and thus the yields) of HPS and CMH lights, and were stuck in the purplish color spectrum. They made up for it in energy savings, but that was about it.

Recently, thanks to developments in LED grow light technology by companies like Fohse, LED grow lights are primed to dominate indoor cannabis growing. 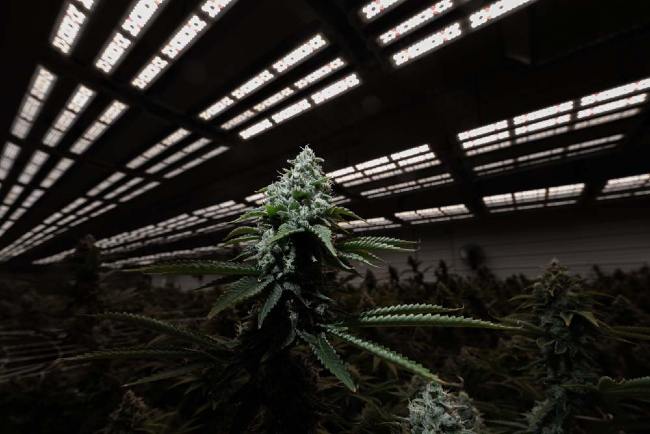 To gain more insight into the latest developments in LED grow light technology, PotGuide reached out to Tom Stanchfield, the Senior Vice President of Sales at Fohse. Fohse was recently ranked number one on Inc. Magazine’s fastest growing private companies in the Rocky Mountain Region. They hold 19 patents for their LED grow light designs and sell to clients in 32 countries. (We should mention that Foshe in no way paid for inclusion in this piece, we just wanted to talk to someone who knows a lot about LED lights and they are the leading example).

The first benefit to the modern LED grow lights that Tom pointed out was the ability to fine-tune the light spectrums. LEDs give the plant exactly the wavelengths it needs, exactly when it’s needed in each stage of the development to boost resin output. For example, Fohse’s LED grow lights include a spring, summer, and autumn setting.

Their spring mode “has a lot more whites and blues within that spectrum. It gets the plant to really start stretching and creating really good inner nodal spacing.” After a week or two, growers can then switch to summer mode “where you start to introduce more of a full spectrum, more of the reds and far reds…” finishing the plant in autumn mode for the last month, which is “…very similar looking to an HPS Spectrum [with] a lot more of the far reds.”

LED grow lights have also advanced in light output. Fohse’s A3i LED grow light can put out 1500 watts, without the heat and top bleaching that can come with 1000 watt HPS grow lights. They can also be dimmed down to 32% intensity or brought up to 100% depending on the day's need.

This stronger light output and wavelength control improves bud density as well as boosting the THC and terpene production in the trichomes. In Fohse’s own internal R&D tests, over 40 harvests, “on average we out-yielded by about 30%, increased the terpene profile significantly and on average a THC count went up by about 4%.” A Michigan client reported a revenue increase of “an extra four and a half million dollars compared to what they were doing with their HPS setup.” 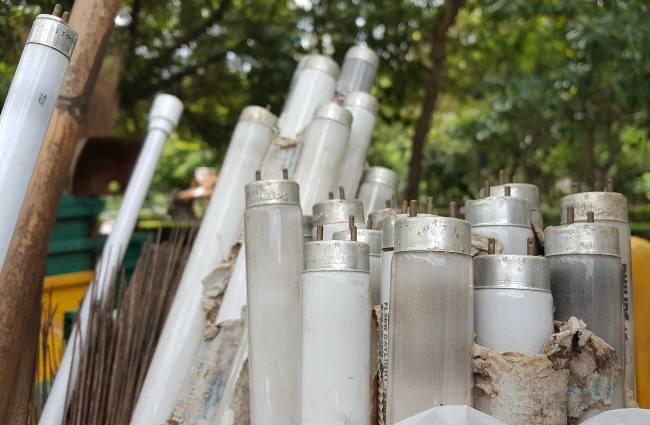 One of the best benefits to LED lights is that growers do not have to change th light bulbs nearly as much. photo credit

Another environmental benefit to LED grow lights is their longevity. While HPS and CMH light need to be replaced frequently due to burn out, LED grow lights like Fohse’s “are specced to last 110,000 hours…[or] 12 to 15 years.”

LED grow lights are available for both commercial and home growers, although obviously you’d need a different model depending on your grow. For example, a high base, single-tier rolling table type style grow would need a high wattage fixture, like Fohse’s 1500 watt A3i, while a home grower in a tent would only need a 640 watt Aries model.. If you’re looking for LED lights for your home grow, be sure to account for the proper wattage. Because LED grow lights are so programmable, they simplify the process no matter how large your harvest

LED grow lights have come a long way in the past decade, from an underdeveloped, energy-saving option to a finely tuned, high wattage device that outperforms the competition in yield and looks to become the industry standard. While LED grow lights still have a high upfront cost, they’ll continue to pay for themselves in energy savings, longevity, and yields.

What is the Highest Yielding LED Grow Light?

Are LED Lights the Best for Growing?

Yes. They offer more light output and color spectrum than standard grow lights, and can be programmed to provide exactly the type of light your plant needs at all points of development.

Can Any LED Light be Used as a Grow Light?

No. LED grow lights are specifically designed with a light spectrum suited for plants. The LED lights used to light up your house don’t have the same spectrum.

What is the Most Powerful Grow Light?

LEDs are generally the most powerful grow light, since their temperature control allows for them to have a stronger lumen output without the risk of overheating your plants.

Have you switched to LED grow lights? Have you noticed any improvements in your flower? Let us know in the comments! 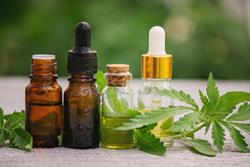 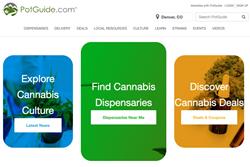 PotGuide Redesign: The World of Cannabis at Your Fingertips

PotGuide Redesign: The World of Cannabis at Your Fingertips