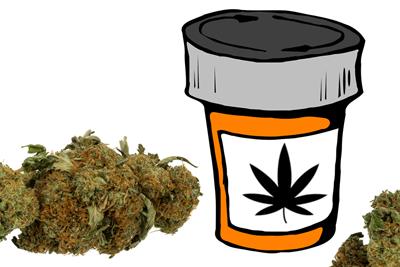 Since the turn of the century, the number of Americans that have been prescribed painkillers have quadrupled despite the fact that there has been no reported increase in pain. This statistic correlates with an increased number of people overdosing from these same medications, also four times higher. In 2013, 16,000 people in America died from prescription painkiller overdoses while another two million (ages 12 and older) admitted to painkiller dependency or abuse.

The increase in prescription painkiller use can likely be credited to a few things: doctors who overprescribe medication, patients who have not properly weaned themselves off of medication, and a recreational population who either purchases or sells prescription narcotics on the black market.

But cannabis can help.

According to a recent study in Drug and Alcohol Review, marijuana is a viable option for drug and alcohol treatment. In a survey of 473 medical marijuana patients, researchers found that 80.3% use marijuana to replace prescription drugs despite its increased cost. Marijuana was also a common replacement for alcohol and other illicit substances, especially among patients under 40 years old.

So what prescription drugs can be replaced with cannabis? I’m glad you asked.

Studies show that marijuana can can be used effectively to treat pain without the risk of serious side effects. Some of the best strains to choose for pain management include Indica-dominant strains like Afghan Kush, Blue Widow or Dynamite.

Anxiety disorders make even the simplest tasks difficult to complete. Though anxiety sufferers can find relief through prescription medications like Xanax and Valium, many pose dangerous side effects including cognitive decline, violence, suicidal tendencies, addiction and even death. But marijuana can effectively treat anxiety disorders for many users.

Though some may experience an increase in anxiety after consuming marijuana (especially new users who consume strains high in THC), many others have noted a significant decrease in anxious tendencies. Cannabis strains that can help treat anxiety include Jack Flash, Master Kush and Lemon Kush.

Stimulants like Adderall and Ritalin are prescribed to people with a diagnosis of ADHD. Intended to help the user calm down and focus, these prescription drugs are often abused in an effort to maintain focus, ward off an appetite and enhance performance, but not without side effects like insomnia, nervousness, high blood pressure, headache and upset stomach.

To replace stimulants with cannabis, we recommend strains that are not too sedating or too racy. Some stimulant-like strains include Green Crack, Hong Kong Kush and Skywalker OG.

Endocannabinoids are naturally-occurring chemicals that bind with the same receptors in the body as the phytocannabinoids found in cannabis. Research shows that chronic stress can cause a reduction in endocannabinoid production which may contribute to excessive feelings of sadness and depression.

Interestingly, scientists have discovered that mood can be stabilized and depression symptoms eased by supplementing cannabinoids through cannabis therapy, especially for non-heavy users (some speculate that prolonged marijuana use could exacerbate symptoms of depression but more research is needed to be sure). Strains that can help treat depression include Maui Waui, Durban Poison and Strawberry Cough.

Marijuana is often used as a sleep aid and for good reason: it helps people fall asleep quicker and stay asleep longer without causing any groggy feelings later. Best of all, using marijuana for sleep can help protect the body from the sometimes dangerous side effects of other sleep aids, including headaches, defecation problems, stomach pain, daytime drowsiness, uncontrollable shaking and the unfortunate risk of overdose.

To use marijuana for sleep, avoid strains high in THC and focus more on strains high in CBD. Strains that can improve sleep include Purple Voodoo 1, Blackberry Kush and Northern Lights.

When DEA Chief Chuck Roseburg claimed that medical marijuana is a “joke,” he was obviously mistaken. Research and anecdotal evidence has proven that marijuana can be an effective substitution for many prescription drugs -- and may well be safer, too.

Would you trade prescription drugs for cannabis? Why or why not? 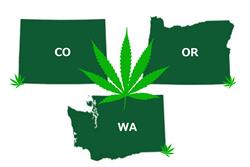 A Practical Guide to Help You Compare Med & Rec Marijuana

A Practical Guide to Help You Compare Med & Rec Marijuana

Be Smart & Know the Quality of Your Cannabis Flower

Be Smart & Know the Quality of Your Cannabis Flower