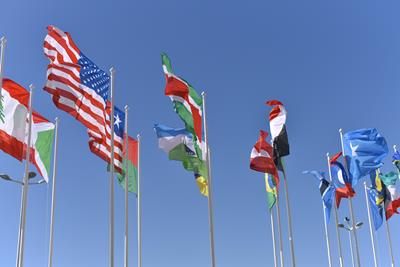 There are 19 countries around the world that have bans on alcohol at either the national or regional level. In almost every other country, alcohol has a relatively normalized manifestation. It can be paired with food, consumed at social events, and there’s always a certain portion of the population that will abuse it. While every country has its own unique stance on its consumption, there are relatively few places that you could travel to where the locals would look down on you for drinking alcohol.


On the contrary, cannabis is not a drug that has been grandfathered-in to many societies. While there are certain places where marijuana consumption is more acceptable, a vast majority of the countries on Earth continue to criminalize it. Subsequently, the populations of those countries have negative views of cannabis consumption. Let’s take a look at how different places and people approach the consumption of cannabis, and what the future might hold for the world of cannabis on an international level.

Below, you’ll find some of the most interesting and relevant countries to consider in terms of their cannabis laws.

When Canada federally legalized cannabis in 2018, the world changed forever. Of course, they weren’t the first country in the world to legalize recreational cannabis (more on that later), but they were the first major, Western nation to do so. 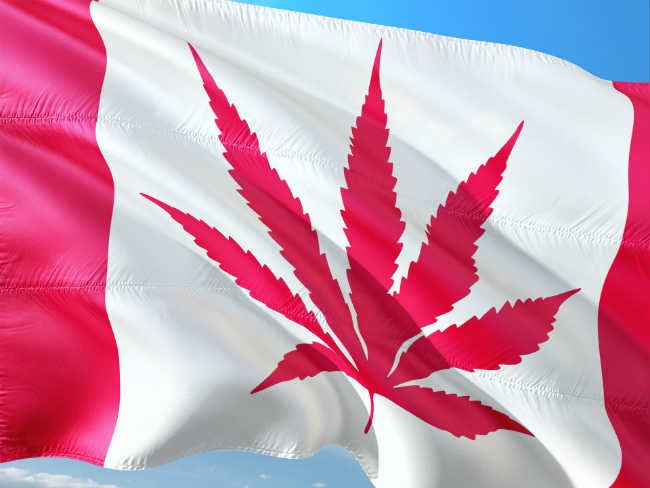 Cannabis consumption, ostensibly, isn’t a big deal in Canada. Some people might frown on people smoking a joint in public, others will walk by without batting an eye. In some places it’s even legal to consume cannabis anywhere tobacco consumption is allowed. Of course, places like Vancouver will have a more liberal stance than other places, but as a whole, the country seems to view cannabis consumption as less dangerous than alcohol.

The United States is an interesting place because of its broad range of views. One state will have full legalization and a neighboring state will have a total ban. Much like Vancouver, cities like Denver and Boulder view cannabis consumption differently than people in more rural parts Colorado like the eastern plains. However, Americans are rapidly being educated about the plethora of medicinal benefits that can be found in cannabis. Not to mention, the states with cannabis revenue are making criminalized states feel left behind.

A small South American country that might not have heard of, Uruguay was the first nation in the world to completely legalize cannabis. While their system set a relatively low bar — the market is far less dynamic than Canada’s — they did change the discussion in the Southern Hemisphere about what is acceptable. For a continent that’s experienced endless bloodshed as a result of the War on Drugs, Uruguay truly took a bold move in changing the conversation around cannabis.

Cannabis isn’t illegal in Spain, but you can still be fined for smoking it on the street. It’s not legal in Spain, either, but the police can’t stop you from growing a few plants. Nor can they prohibit you from joining a cannabis collective. In Spain, their called ‘social clubs.’ They’re exclusive establishments not open to the public and allow members to pool their resources to grow cannabis. On the inside, some look like videogame heaven while others look like coffee shops. Members are allowed to acquire their share of the cannabis crop in the club and even consume it there if they wish. 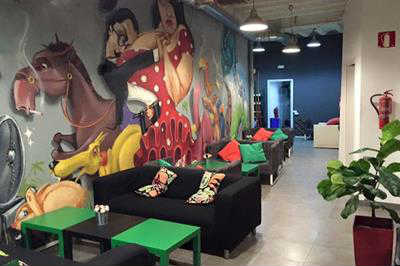 Spain is interesting because cannabis consumption (as a means of controlling one's consciousness) is protected in its constitution. Personal use and social clubs are widely accepted. In fact, it’s not uncommon to smell someone consuming cannabis in the middle of Barcelona. They might be walking the down street, sitting on the beach, or they could be perched on a balcony above your head.

If you’re not familiar with the cannabis atmosphere in Amsterdam, just imagine a walk-in coffee shop where you can also purchase and consume cannabis. There are thousands of shops like this across the Netherlands.

Thailand is the only Southeast Asian country to legalize medical cannabis. That doesn’t mean you should rush there to try their supply. Getting caught with cannabis in Thailand can lead to thousands of dollars in fines and even time behind bars. Besides, most of the cannabis there is brickweed. While it’s possible to find better cannabis, it’s far more common to get handed a hard block of marijuana. It tastes bad, smells bad, and could be contaminated with mold — Thailand is a very wet country.

India is another interesting Asian country to consider. In some places, you’ll readily find Hindi people (and tourists) consuming cannabis out in the open. In other parts of the country, you’ll only be met with police who don’t take kindly to the use of marijuana.

If you’re looking to get involved in some international cannabis discussions, there are a few cannabis events that stand out. Even if you can’t make it to the bigger events when traveling abroad, there’s usually a cannabis event happening somewhere in most pro-cannabis places. So, spark up a conversation with a local about how to get involved – experiencing another country’s cannabis celebrations can be an unforgettable memory!

The ICBC makes stops all over the world including cities like Barcelona, Zurich, and San Francisco. The events can take one or multiple days and offer insightful panels and discussions, exposition halls, and the chance to connect with industry professionals from around the world.

Spannabis is growing to be a top international cannabis event. photo credit

Spannabis is a long-running event in Barcelona, Spain that is now associated with ICBC Barcelona. It’s a massive, multi-day cannabis event where attendees can socialize, interact with the top cannabis businesses from around the world, and possibly leave with a pocket full of seeds.

The ExpoCannaBiz makes the list not only because of the high-profile speakers and panels, but also because of the significance of a cannabis expo happening in this country. Remember that Colombia has a dark history as a result of the War on Drugs.

The Hidden Hippie Trails Throughout the World

Despite the number of awesome cannabis destinations and the great expos and conferences throughout the world, there are still some hidden hippie trails that you might consider wandering. However, remember that these hippie trails are less traveled because they are infinitely more dangerous, and you could end up behind bars in a foreign country if you decide to peruse them.

For example, wild cannabis grows freely in places like Dali, China. The surrounding areas, including places like Kunming, are common hippie destinations. However, do you want to get put in a Chinese prison?

If you find yourself south of the Mediterranean Sea, you might be able to find some of the best hash in the world in Morocco. It’s all handmade and the region is thought to be the home of hashish culture. Just remember to be careful if you decide to take a less traveled hippie trail. If you want to stay safe, stay on the path through places like Barcelona and Amsterdam. Happy travels!

Since the global landscape is changing so rapidly, you might have questions about what’s going on in the worldwide cannabis industry. If you have any questions, feel free to reach out in the comments below! 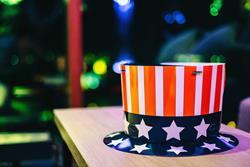 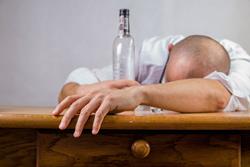