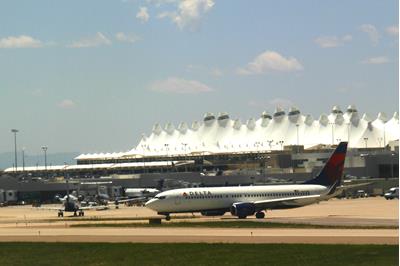 Whether visiting Denver with an extended layover, planning a trip to the slopes for a long weekend, or headed to other parts of Colorado this spring and summer for a longer stay, there are many convenient options for you to purchase cannabis. Let us help you plan your dispensary visits accordingly.

Where to Find Marijuana Close to DIA

You won’t have to go far to find legal weed in Colorado. Though some jurisdictions have banned recreational sales, others are more than happy to cash-in on marijuana’s popularity. Remember that inventory, pricing and quality can differ between locations, so be sure to check dispensary reviews before deciding where to go. To see a complete list of Colorado dispensaries along with locations and reviews, visit our Colorado dispensary directory.

There are a number of dispensaries located along I-70 just past Peña Boulevard. Here are a few of the best places to find marijuana close to Denver International Airport (DIA) on a westbound I-70 route:

Headed to the Mountains?

If you’re traveling to the mountains toward Summit County, below are a few convenient options along the I-70 mountain corridor. Note that if you’re headed to Vail, your only options are located past the town in Eagle-Vail since Vail currently does not allow rec dispensaries per city ordinances.

For those heading further south from DIA, the following dispensaries are located right off of I-225:

Colorado Dispensaries That Are Open Late

Whether or not you’re a Colorado resident, you can enter a recreational dispensary as long as you’re 21 years of age or older with a government issued ID (like a license or passport). If you meet these criteria, then you are also allowed to legally possess up to 1 oz of marijuana in Colorado, whether in the form of flower, concentrates or edibles.

Marijuana tours are great for visitors who have a bit more time in town, need a safe place to toke and learn about the industry. Most cannabis tours also include complimentary shuttle services to/from DIA, and can offer recommendations on dispensaries and 420-friendly activities in the area.

Some great tours options include:

Anyone over the age of 21 can purchase marijuana and (obviously) travel with it back to a safe location. They cannot, however, travel with cannabis in the cab of the car unless it is locked and out of reach of the driver, and they can never travel with it outside of state lines (even if the destination is 420-friendly as well).

It’s also federally illegal to fly with marijuana even if you have a doctor’s written recommendation for medical marijuana -- so think before you act! Although some people still do it, if caught, you can be arrested and prosecuted under federal law and face punishments including up to one year in jail and a minimum fine of $1,000 for a first conviction. In 2014, only 29 people were caught with marijuana at DIA, but in most cases, people were told to throw away their product instead of getting issued a citation.

Lastly, it’s illegal to drive under the influence of marijuana. Failure to abide by this law could result in a DUI arrest, mandatory drug counseling and driver’s license revocation. Should a law enforcement official suspect a driver to be impaired, he/she will be expected to undergo a chemical test to detect the presence of drugs or alcohol. Note that refusal to comply will automatically result in driver’s license suspension for one year, ignition interlock for two years and mandatory drug and alcohol counseling.

There is never a bad time to visit Colorado. If you’re visiting our Colorful State soon (or even if you’re quickly passing through), check out some of the many dispensaries and tour options offered near the Denver International Airport. (After your trip, don’t forget to leave a dispensary review!)

Will you be coming to Colorado soon? Tell us what you’ll do when you get here. 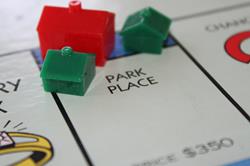 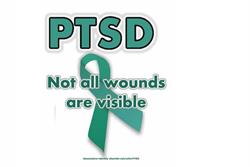