As the 2020 Presidential election approaches, two thirds of all voters support federal marijuana legalization and there are currently 10 US states that have legalized recreational cannabis. With this high level of voter support, a pro-cannabis politician sworn in on January 2021 could sign a bill that finally repeals harmful marijuana prohibition once and for all. Even more, nearly every front-running Presidential candidate has come out as pro-legalization in some shape or form. With a number of pro-cannabis legislators in the house and senate, the chances are looking better than ever to legalize recreational cannabis nationwide in the United States.

So, who are these candidates, and what is their position on cannabis legalization? Keep reading to take a closer look at some of the top pro-cannabis front-runners.

The Vermont Socialist has no problem with people “Feelin’ the Bern” whether it’s for his socially populist platform or enjoying a nice bowl of cannabis safely. He’s been strongly pro-legalization privately for a long time and publicly since 2001. In 2016, he was the first Presidential candidate of a major party to include federal cannabis legalization as part of his platform. 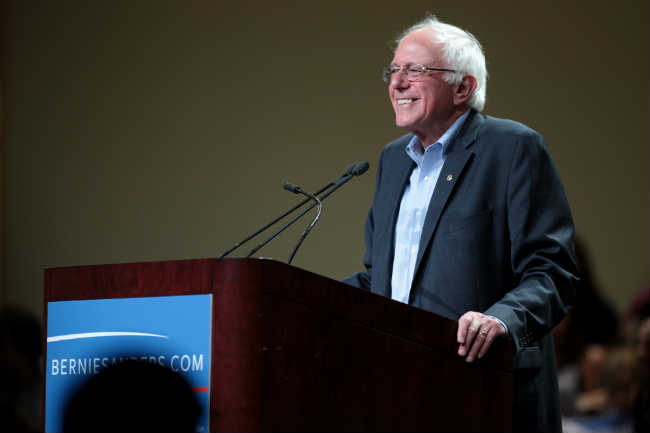 
As far as whether Sanders has ever “Berned one down,” he’s on record as saying “Didn’t do a whole lot for me...My recollection is I nearly coughed my brains out, so it’s not my cup of tea.” Bernie’s main focus for legalization is mostly about reversing the destructive policies of the “War on Drugs” that have led to mass incarcerations. Thus, many of his marijuana policies involve criminal justice reform. “Right now you have a federal Controlled Substances Act in Washington that says if you’re caught with heroin, he’s caught with marijuana, it’s both the same level. That’s insane,...I believe in the legalization of marijuana, which by the way will be a major step forward in the struggle for a fairer, less racist criminal justice system.”

The progressive policy leader of this pack of candidates, Warren seems to have a Batman-like ability to plan for everything. Except, instead of stopping the Joker or Clayface, her plans mostly involve equitable income programs, breaking up tech monopolies, judicial reform, and, of course, cannabis legalization. (None of these plans involve smoke bombs or batarangs (that we know of)).

Senator Warren was a driving force behind the STATES Act being drafted in the Senate, which would prohibit the federal government from intervening in the cannabis businesses of states that have legalized marijuana.

Its second aim is to ease federal banking regulations on cannabis businesses, which would revolutionize the industry. Warren has also supported six other major pieces of cannabis legislation, including removing cannabis from the Controlled Substances Act and withholding federal funding from states that enforce discriminatory marijuana policing laws. While she hasn’t published a specific platform on marijuana reform as a candidate, we can expect from her progressive marijuana policies that she’s got a few pro-cannabis plans in her utility belt.

Back in college, Kamala Harris was blazing up while listening to Snoop Doggy Dogg and Tupac according to a recent interview. She’s publically spoken about her marijuana use, and since she ended up as the District Attorney of San Francisco, the Attorney General of California, and then a US Senator, we can assume that she doesn’t see consuming pot as ruining people’s lives. As the Senator has said, “Listen, I think it gives a lot of people joy, and we need more joy in the world.” 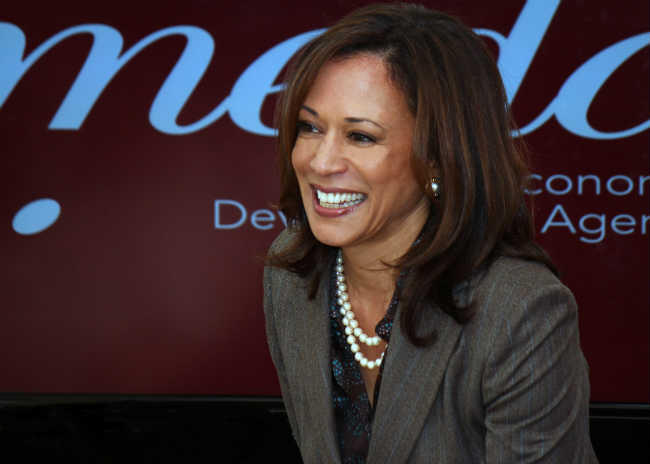 Kamala Harris has a very pro-cannabis stance when it comes to legalization. photo credit

When you think about where marijuana policy was even in the 2016 election, a major candidate holding the public position that marijuana is a fun, mostly harmless drug should tell you how far we’ve come. Harris has also stated via tweet “Let me be clear: it’s time we legalized marijuana at the federal level. Marijuana laws are not applied or enforced in the same way for all Americans, many whose lives have been ruined by these regressive policies. We must change the system” Naturally, Harris supports legalizing marijuana and ending the war on drugs, as she’s covered in her book.

Besides Elizabeth Warren, New Jersey’s Cory Booker has been the most active Presidential candidate in putting forward bold, progressive marijuana policies. Booker was the chief sponsor of the Marijuana Justice act, which would legalize cannabis nationwide by removing it from the Controlled Substances Act. According to Booker “Descheduling marijuana and applying that change retroactively to people currently serving time for marijuana offenses is a necessary step in correcting this unjust system.” He also strongly backed the CARERS Act, which was the first bill ever filed in the Senate to downgrade marijuana’s Schedule 1 status. The bill both protects medical patients and businesses from federal interference and required the DEA to license additional growers for federal research purposes.

Mayor Pete Buttigieg, winner of the presidential candidate award for most spell-checked name, hasn’t promoted much pro-marijuana policies as mayor of South Bend, Indiana. However, the 37 year old Afghanistan vet did smoke marijuana in college and does seem to support legalization as a social justice issue. As far as concrete policies he’s supported while in office, however, his record is slim.

As far as cannabis reform goes, Joe Biden doesn’t really have a stated position, so we’re left to assume from previous statements. While Biden doesn’t believe that people should go to jail for smoking pot, he also believes that it’s a gateway drug and even though he backed Obama’s policy to not prosecute states that legalized, he hasn’t yet come out in favor of federal legalization. If Biden hopes to win, he’ll have to state his campaigns position on marijuana legalization soon. The smart money says that if there’s a large voter push for legalization, he won’t oppose it. He is a politician, after all.

New York’s Senator Gillibrand has been a proponent of legalizing medical cannabis for the past couple of years. She’s supported research bills for marijuana’s benefits to recovering vets and has called out Big Pharma in tweets for slowing down legislative efforts. “Big pharma keeps pushing back against legalizing medical marijuana because, in many cases, they want to continue to sell addictive drugs and dominate the market for drugs that address chronic pain. That's wrong. It is time to rework our cannabis laws.” Gillibrand has also supported plenty of legalization bills in the Senate, including the Marijuana Justice Act, and would be a strong advocate for legalization if elected.

What About Donald Trump?

Publicly, the current President has stated that he would support the STATES act if brought up for a vote. However, his first Attorney General Jeff Sessions was vehemently opposed to progressive marijuana policy. He openly threatened the cannabis industry and rescinded the Cole Memo, an Obama-era policy that directed federal prosecutors to avoid targeting cannabis businesses in legalized states.

While Donald Trump’s public policies can change at any time, his administration has secretly established a task force to promote anti-marijuana messaging and target state legalization initiatives. Trump has yet to put forward any legislation that impacts marijuana laws in legalized states, but it’s fair to say that progressive marijuana legislation is moving forward in spite of his administration rather than supported by it.