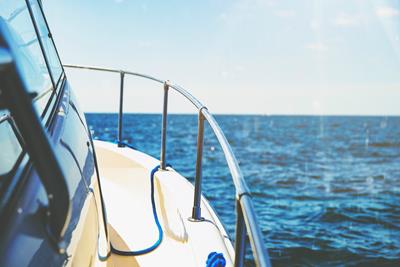 How “high” are the “high seas” really? Can there be a Pineapple Express in the Pacific that’s not just a weather pattern? Can you use something way more fun to settle your stomach on the waves than Dramamine? These and many more questions are on the minds of those cannasseurs who are lucky enough to own a boat, or the even luckier ones who have a friend who owns one. Because the seven seas have differing laws from those landlubbers, scurvy or unscurvied, there are questions as to how legal marijuana actually is on the open ocean. So, without further ado, let’s find out if cannabis is legal on the open ocean!


What is Considered Open Ocean?

First things first, what exactly is the “open ocean?” According to most countries, the “open ocean” or “international waters” refers to any body of water, usually an area of the ocean, which does not fall under the jurisdiction of any state, country or other governing body. Generally, you can consider “international waters” to begin 12 miles off the coast of any country.

So, say you find yourself shipwrecked some dozen or so miles from the American coastline and a friendly dolphin were to swim up to you. Through a series of clicks and whistles it makes clear that it will swim you safely back to shore out of the goodness of its porpoise heart. But first, it offers you a friendship joint carefully sealed in a waterproof Ziploc bag with a lighter, carried gently in its beak for just such an occasion. 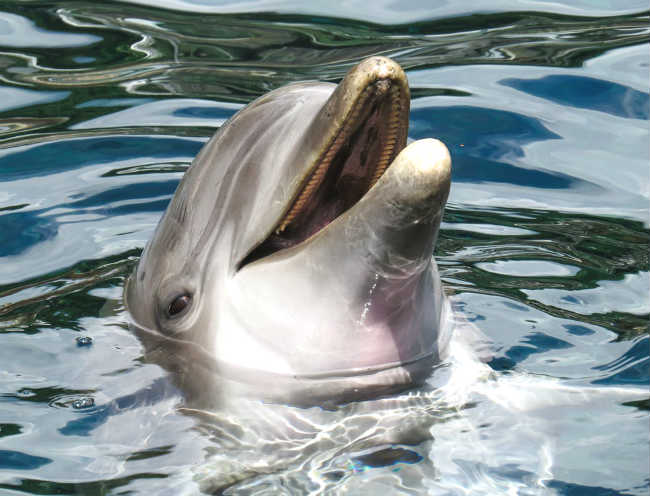 Okay, a dolphin probably won't swim over to give you a joint, but can you imagine? photo credit

According to maritime law, you could without question light up that friendship joint then and there with your new dolphin friend. It could even be in front of a Coast Guard vessel and the US government couldn’t do a thing about it. They might even hail you as a hero for improving human-dolphin relations that have been so damaged by the tuna industry and SeaWorld. Once the dolphin towed you back to shore and waved goodbye with a final flip of its tail, you may even expect a parade.

Even though cannabis is technically fair game and legal on the open ocean waters in the above scenario, when you’re on a boat or ship in international waters, the rules change quite a bit.

Is Weed Legal in International Waters or the Open Ocean?

In a scenario most scientists and lawyers are calling “much more likely,” you’re in international waters on a boat owned by someone you either personally know or have arranged payment with, and you have some marijuana on you. What is your legal standing if you choose to smoke reefer before exploring some reefs? Well, it depends.

No matter how far from the coastal shores most boats travel, they are still subject to the laws of the state to which they are registered, as are the people aboard them.

Therefore, if you set sail toward the Pacific from the coast of California, Oregon, or Washington, marijuana should be as legal onboard as it is on shore. As long as you check with the crew to make sure they’re cool with it, you could expect that you’re good to go. If you’re boating into the Atlantic from a non-legal state like South Carolina, maybe go a little more covert on your oceanic journey. For example, sneak an edible beforehand or vape below deck in the bathroom. Those are your two options – although they wouldn’t necessarily be legal.

Per usual, the fact that marijuana is federally illegal throws up roadblocks to those wishing to have some responsible fun with an essentially harmless substance. While you may be legally compliant as you smoke a bowl on the beaches of Big Sur, the moment you leave the shores of California you enter the jurisdiction of the federally controlled Coast Guard.

As long as using cannabis remains a federal crime, anyone the Coast Guard catches in possession may be subject to fines and federal prosecution.

According to the Convention of the High Seas, if your boat or vessel is “home ported” anywhere in the United States, possessing and smoking cannabis on said vessel would still technically be a federal crime. This is true even within international waters. If that weren’t enough, the Coast Guard also has the authority to board any boat it chooses even within state waters. While this ability is ostensibly to enforce federal boating safety laws, if they come across any marijuana while inspecting the expiration dates on flares or counting life jackets, it can lead to big problems. According to Boating Magazine, “in states where laws prohibit marijuana possession, the Coast Guard routinely passes cases to state authorities. But boaters busted within, say, Massachusetts waters, will face federal prosecution.” 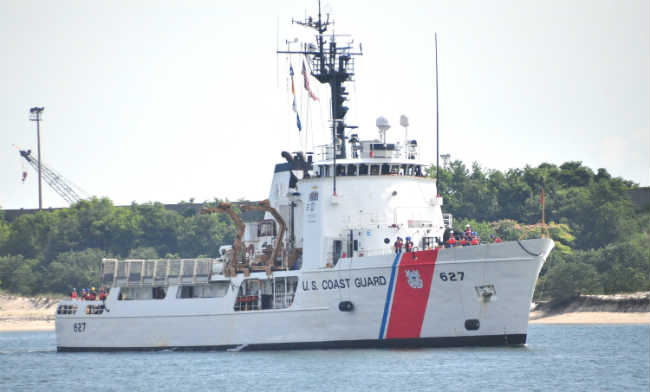 Keep in mind that the Coast Guard enforces federal laws at all times. photo credit

Of course, even if the Coast Guard finds your personal stash as you’re floating off the coast of Oregon, all but the most zealous officers will take the amount into account. There’s still a couple ounces of weight separating the charges of “possession” and “intent to distribute.” For first-time offenders, and those with good legal representation, the Coast Guard civil penalty hearing officer will generally hand down a marijuana-possession fine similar to state levels.

So, is there any “high” allowed on the high seas? The answer is: yes and no. Legally, the ship you’re on is subject to the laws of the state and country it came from, but not in that order. Every cruise ship bans marijuana use for its passengers and if your vessel is boarded by the Coast Guard, they may prosecute you for any marijuana they find on the course of their rounds.

Until cannabis is federally legal, there may be penalties for marijuana use no matter how many miles you float from the shore. However, if you don’t get caught or there’s no evidence to find (think edibles or vape), then you’re all easy in the ocean breezy – especially if your boat is registered in a legal state.

Of course, as evidenced by our haphazardly plausible scenario from earlier, the above advice all relates to maritime vessels. As long as you’re not aboard a ship, the waters are truly free. Maybe that friendly dolphin will swing by and legally share their stash. But don’t count on it.

Have you had any cannabis experiences on open waters? What tips do you have to share with others? 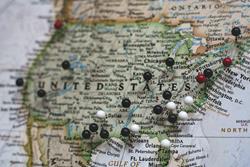 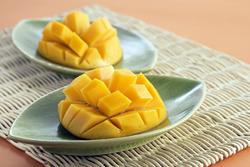 Do Mangoes Intensify the Effects of Cannabis?

Do Mangoes Intensify the Effects of Cannabis?