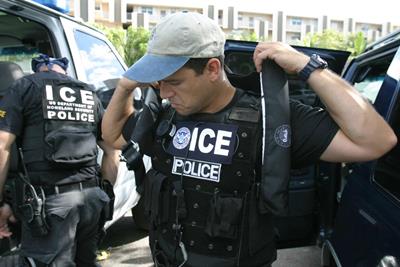 Imagine this: you’re a Chilean citizen, en route to visit the love of your life in the United States (a journey you’ve made a dozen times already) when you’re stopped by a US Customs agent for a random search. Knowing you’re carrying nothing illegal, you proceed with the search confident in its results. Without your permission, the agent begins thumbing through the photos on your phone, and because there is nothing illegal or embarrassing on the photo reel, you allow him to continue.


Then it happens. The agent scrolls past a few photos of you and your partner in one of the nation’s many legal dispensaries proudly boasting this new-found freedom to consume (or is it???). The agent asks if you’ve tried marijuana and, because you’re such an honest, straight-forward person, you admit to partaking in some legal Colorado cannabis while in the state – and with that, you unknowingly seal your fate.

You are now barred from entering the states because you admitted to using cannabis in a legal area. Never mind the fact that it’s legal in a growing number of states; according to international law, cannabis consumption is still very much illegal for foreigners. Failure to understand and adhere to this somewhat hidden policy could lead to deportation and loss of a work visa for yourself and/or your (foreign) partner.

Sounds terrible, doesn’t it? But this true story happened to a young international couple, and it’s happening more often than you might imagine.

A similar situation happened to Canadian, Jessica Goldstein when she tried to visit Washington State for a Dave Matthew’s concert in 2013. Traveling from a place where cannabis is legal, Goldstein truly believed she was in the clear when border patrol asked if she’d ever consumed drugs like marijuana. After admitting to consuming cannabis roughly once each month, she was detained and interrogated for six hours then deemed inadmissible to the US indefinitely.

Fortunately, after filling out miles of paperwork and paying expensive legal and filing fees, Goldstein was able to return to the states and her parent’s vacation property in Washington, but many others aren’t always so lucky.

Such was the case for 26-year-old, Garfield Kenault Lawrence when immigration agents learned about his past cannabis convictions. Despite the fact that he’d already paid his dues for his non-violent offenses, the fact that they were even on his record gave agents reason for concern. After detaining him for more than a year, they sent him back his home country of Jamaica (a place he hadn’t even visited since he was a child) leaving his wife and infant son behind. 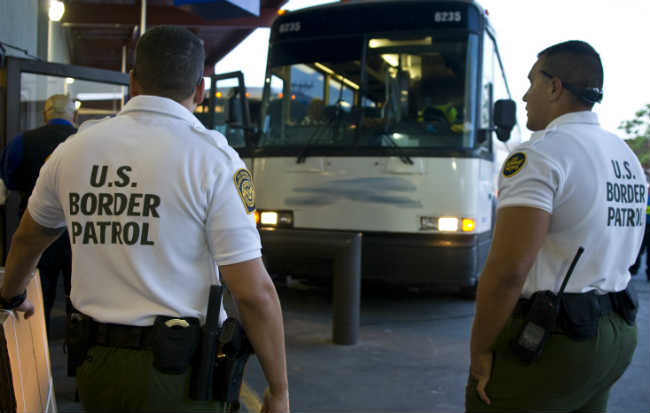 It's best to avoid mentioning any legal cannabis usage when speaking with border patrol or customs agents. photo credit

Two years later and Lawrence still hasn’t seen his son, all because of minor marijuana charges he received in his youth. Though Lawrence is appealing his banishment so he can get reunited with his family, the courts have thus far been unsupportive of this endeavor.

In recent months, US Immigration and Customs Enforcement (ICE) has stepped up their drug busting game per the request of Attorney General Jeff Sessions. In fact, more people have been penalized for cannabis consumption in the last decade than ever before despite a growing acceptance.

These discrepancies between state, federal and international drug policies have left non-US citizens vulnerable to deportation and separation from their loved ones for doing something many of us have begun to take for granted.

In an attempt to cut down on international drug trafficking, immigration policy in the United States is very unforgiving when it comes to the use of cannabis or other narcotics. It doesn’t matter if it’s a first-time offense, if deportation would cause hardship on the individual or his/her family, or even if the case was expunged in court; if an immigrant is caught in possession of more than 30 grams of cannabis (just over one-ounce weight), he or she risks immediate deportation. 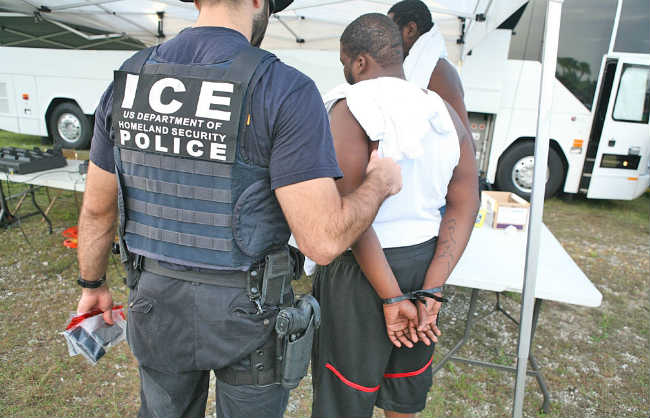 Even legal consumption of cannabis in the United States can be grounds for deportation or banned re-entry. photo credit

Foreign entrepreneurs eager to make their mark in the US cannabis industry are unable to do so as well because the federal legality of cannabis blocks employers from sponsoring work-related visas. Even spouses of cannabis consumers are barred from citizenship whether or not they consume themselves. US citizens who work in the cannabis industry legally block their partner’s ability to qualify for permanent residency in the nation because they are considered a beneficiary of the illegal trade.

Tips for Avoiding Trouble at the Border

It is not your obligation to divulge private information like whether or not you consume cannabis. In much the same way you (most likely) wouldn’t be spilling the details of your sex life with a border patrol agent, you shouldn’t share your consumption habits either. Just admitting you consumed cannabis is grounds for expulsion. We’re not telling you to lie about it, just don’t say anything.

Never attempt to cross the border with cannabis, and remove any pot images or paraphernalia from your phone, luggage or vehicle. Avoid smoking cannabis in your car and wash your hands and clothing thoroughly after a smoke sesh to help avoid suspicion.

If you do get stopped and questioned, stay quiet! It is your right to remain silent so if they ask anything that could be incriminating, establish your silence by insisting you speak with your lawyer (whether or not you have one is beside the point). This article can help explain the proper steps to take when stopped by police or border patrol.

International cannabis policy makes travelers unfairly vulnerable to deportation, so to all our foreign cannabis consumers, be safe while policy catches up with our evolving domestic cannabis laws; we don’t want you to become another statistic in this crazy mess.

Have you had issues at the border for cannabis? Tell us your story in the comments below! 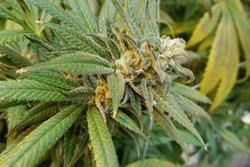 Will Cannabis Be as Big as Other Industries?

Will Cannabis Be as Big as Other Industries? How to Spot a Non-Licensed Dispensary in California

How to Spot a Non-Licensed Dispensary in California