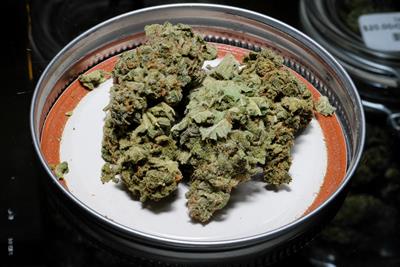 As you probably know, California’s adult use marijuana market opened on January 1st of this year. Since then, excitement has swept over the state with sales appearing to surpass early expectations. Despite the positive energy in the air, California’s market faces pain points it needs to address as soon as possible.


Two issues currently weave together to become the state’s most pressing issue at hand: the price of cannabis due to taxes and unlicensed entities. Recently, California began efforts to correct the gaps in the market but have been met by resistance from some businesses. Despite the boom and potential of California’s recreational cannabis marketplace, it could be in danger if it is unable to control its black and gray market entities from harming the legal market’s revenue and reputation.

What is a Non-Licensed Dispensary?

The problem in California isn't exactly fake, or non-licensed, dispensaries. The actual problem is non-compliant businesses of all kinds. These entities are in violation in a variety of ways. In one case, a dispensary could be in violation for operating without an updated license. In other cases, it could have to deal with unapplied taxes or other un-followed regulations. Several possibilities exist.

While it can be tough to spot a non-licensed dispensary, not checking IDs can be a major red flag.

In some cases, a dispensary is illegitimate due to local ordinances. In El Cajon, police conducted two raids on the Cloud 9 Wellness dispensary after the company allegedly disregarded previous warnings. The business received these warnings because El Cajon's local regulations prohibit cannabis sales.

Numerous companies also began the year as unlicensed dispensaries and businesses due to a slow process from city and state governing boards. In major areas including Los Angeles and San Francisco, many dispensaries were held out of first day sales, with some taking weeks to be granted their license finally. The effect was felt especially hard in Los Angeles, which estimated that hundreds of businesses began the year shutout from legal sales. Since adult use sales began, the city has been walloped with illegal pop up shops and delivery companies as well.

Why is it Happening?

Local ordinances are just one reason why California’s dispensaries and other businesses have remained unlicensed. In some cases, the state believes that a proprietor simply forgot to handle the paperwork.

In other cases, the reasons boil down to the rules imposed by the state’s adult use marketplace. In these situations, it’s likely that the business never intends to obtain its license.

A study by the California Growers Association revealed that less than 1% of the state's growers have obtained licenses, which could cause a shortage in supply across the state. The main reason cited was that government over-regulation and taxes made the move financially unappealing. The study noted the state's "disregard of lack of concern" for the cost of compliance on businesses in California as a top point.

With high taxes (an effective tax rate over 60%) and hundreds of pages of regulations, numerous entities continue to operate underground. Meanwhile, dispensaries trying to remain compliant face little to no lead time for regulation changes on the city or state level. While officials are often working with these companies, the rapidly changing market can damage bottom lines and operations for businesses.

How to Spot an Illegal Dispensary

In most cases, you won’t be able to tell the difference between a licensed and unlicensed dispensary. Unless you are up to date on ordinances and regulations, you could miss most of the glaring signs. However, if you are aware of the rules, you may be able to pinpoint an illegal operation.

Ultimately, our best advice for ensuring you’re shopping at licensed dispensaries is to browse PotGuide’s California dispensary directory. We only list licensed businesses so you can rest easy knowing you’re conducting legal transactions for all your marijuana needs.

As noted above, violations like not charging the required taxes are a clear sign that the business is not state-compliant. However, with countless consumers and owners complaining of high taxes, it’s unlikely that many whistleblowers will step up over unapplied fees. You may also find the dispensary running at different hours, not checking IDs or other security breaches as a giveaway. From there, examine your product packaging. California stipulates that all product be sold in re-sealable, child-proof packaging. 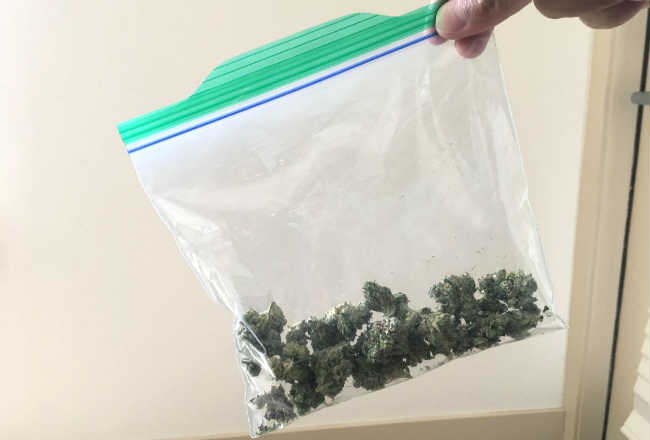 Cannabis sold in a ziploc bag with no child-proofing or labels could very well indicate a non-licensed operation.

Beyond those measures, you will likely need access to the state’s database of information to spot an unlicensed entity. Like in El Cajon, most unlicensed businesses appear to be just like any other dispensary. For Cloud 9 Wellness, it could have been a legal operation had it operated outside of a prohibitive city. Moreover, with the remaining unwitting companies to get licensed, they may not even know they are running illegally.

The first step to combat the issue of unlicensed businesses began a little over a month after the state's recreational market opened. The state's Bureau of Cannabis Control sent roughly 500 cease and desist letters to businesses across California. The warnings touched on fines that could reach $125,000 and criminal penalties but overall served more as a stern reminder than anything else. From there, the state gave the businesses time to correct its licensing issues before any further steps were taken.

In the following weeks, pressure has ticked up. In addition to crackdowns like in El Cajon, local officials are considering significant fines, like in Sacramento. In the state capital, a City Council proposal recently sought to fine illegal cultivation on commercial property to the tune of $500 per plant.

The state also turned to digital leaders to help curtail the issue and was met with mixed results. State officials sent Weedmaps a letter telling the company to stop listing unlicensed entities on their site. The company pushed back saying the state did not have the authority to force them to comply and will continue to feature illegal dispensaries and businesses. In response to the state, Weedmaps sent a letter stating that, “any groups that place information on our site represent and warrant that they are in compliance with local law.”

Meanwhile, as mentioned above, PotGuide has opted to deny advertising of any illegal operations and only promote businesses who are in full compliance with the law.

When it comes to spotting an unlicensed dispensary, you are going to need an eagle eye and a knack for compliance issues. The best you can do is determine which dispensaries are licensed and shop at these locations. Then again, the reluctance to choose one over a cheaper illegal dispensary is alluring. That is why it is up to California and its businesses to come to sensible resolutions that lower prices for customers and companies. In doing so, the black and gray markets will be drowned out while consumers and companies keep more money in their bank accounts.

What are your thoughts on illegal cannabis businesses in California? Comment below! 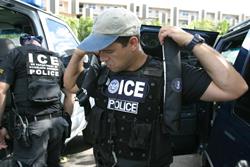 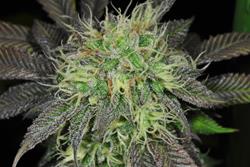