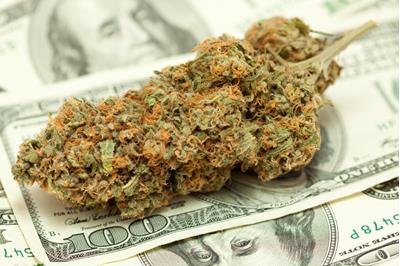 If you’re in a state new to marijuana sales, you might be a little less excited during your first trip to the dispensary after seeing the price tags. Don’t worry, it’s common. When states launch cannabis industries, citizens get rightfully excited. Unfortunately, an increasing number of new marijuana states face frustrating early days. Prices and inventory impact buyers and turns marijuana into a seller’s market that diminishes the hopes of cannabis consumers.


Several PotGuide readers reached out to us asking why and how this is the case. We are happy to unpack this troubling situation. We’ll show you that new marijuana states often face growing pains and how the situation should balance out in the months and years ahead.

In Nevada, the rate for legal cannabis is absurdly high. Since legalization began this past July, the state has run into distribution woes as well as a 200% price hike on the heels of record sales.

It's a classic case of supply and demand in the Battle Born State. Citizen and tourist demand depleted Nevada of its marijuana supply in short order. This caused cultivators to race to get new products onto the shelves of in-need dispensaries. In turn, those establishments increased prices to meet their low supply. The near marijuana drought was so bad initially that some feared Nevada would sell out early on.

Don’t worry, there’ll be no need to save up for weed once the market saturates. Paul Sablemanphoto credit

For customers, this dampened the high hopes and high times of legalization. However, this isn’t an isolated case. In Hawaii, its first medical marijuana dispensary had to halt sales temporarily and sold out in its first week. Meanwhile, Washington’s vertical integration restrictions cause the state to have a 37% excise tax. Experts also expect that Massachusetts will face similar supply issues when shops open next July.

While all this appears troubling, don’t get too down. Instead, states should emulate the paths of the market innovators.

Learning from California and Colorado

Legal cannabis prices are in a steep decline according to national averages. The belief that legalization ushers in skyrocketing prices for marijuana is statistically in its death throes. If you ask some Californians, they’ll tell you this has been the case since decriminalization in 1996.

The profession ballooned in the years after decriminalization went into effect. In turn, cultivators had to up their quality while reducing prices. The oversaturation of cannabis products created a buyer's market that continues today in mid and upper-quality strains.

Outside of the specialty and boutique-quality flower, prices should remain on the decline unless a reduction in cultivators occurs.

The same can be said for Colorado, where prices are low and sales are high. In 2014, dispensaries sold grams at an average of $9.38. In 2017, averages declined to $6.85. Additionally, the market is growing at a healthy rate, despite some cities and counties opting not to sell cannabis products.

The flood of growers is beneficial to all aspects of the market, other than the cultivators themselves. The influx of cannabis producers creates a decline in prices for customers and decline in sales for many in the sector. It takes industry know-how and a quality product to keep doors open in the modern market. Today, it’s rare to see a low-quality grower making a living they would have made back in the early days of California’s decriminalization.

States that operate low-tax, high-revenue growth cannabis marketplaces see increased competition for business. In Oregon, marijuana companies find themselves competing in a thriving open market. Producers diversified strains and product options. Businesses are getting clever with expansion as well. Liquor store owners in Oregon frustrated with a state licensing backlog are now selling their properties to dispensaries looking for the most market coverage.

In Nevada, market saturation is needed. Getting in the market are several Native American Tribes with an array of products and services. The Las Vegas Paiute Tribe, the Yerington Paiute Tribe and the Ely Shoshone Tribe all plan to grow, produce, test and sell products. The vertical integration across the tribes could result in needed revenue and jobs for the in-need Native Tribes.

Not all products and businesses are created equal. Nor are all consumers the same. Both businesses and shoppers vary. You need to shop around for the best product for you at the best rate.

In doing so, you help reduce the price of cannabis in the marketplace.

When you compare products and shops, you create market competition. Companies have to compete for your business and the entire marketplace. This causes a reduction in prices and an increase in quality. Even in states like Nevada where prices are bloated, you should still buy products after conducting your due diligence. Make yourself an informed buyer. Before making your next purchase, compare online menus and search for marijuana deals. Doing so improves your shopping experience and tells businesses that the most put together company gets the most business.

While not guaranteed, Nevada and other new cannabis states should see the market stabilize soon enough. Prices will fall and supply will increase as long as the state plays it part, and you continue to shop around.

Do you think cannabis prices will continue to trend downward? Why or why not?