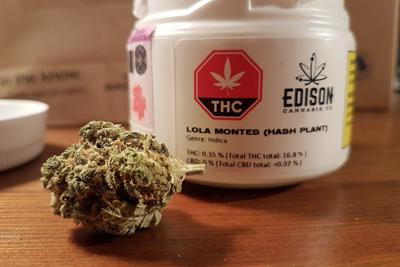 As many budtenders are fond of saying, if potency were a sole determinant of quality, Everclear would be the best alcohol money could buy. Similarly, while THC potency is but one element in the quality of a bud, aiming for high THC content alone is often a good way to walk away from the dispensary with inferior products.


Let’s take a look at how THC potency isn’t the only factor in what creates an enjoyable cannabis experience.

THC Potency Can be Deceptive

When I was first learning the cannabis game in San Francisco, I asked one of my closest industry friends — who at that time had been in the medical market for many years —  to show me his favorite strain. He came back with Gemstone, and I was a bit surprised. At first glance, it appeared to be a mild offering.

The strain tops out at 21% THC, but more commonly cruises in the 15-18% range. It’s a mild hybrid, and has a sweet, perfumed aroma; certainly not the monster Kush or Haze I expected him to present. Yet, upon sampling it, Gemstone is one of the calmest, most enjoyable, and carefree highs I have ever experienced. I’ve heard some call it spiritual.

It was easy to understand why my friend has returned to this humble diamond in the rough time and again, but I would surely have needed to be talked into trying it had I encountered the strain in a dispensary in my earlier days.

It was my first lesson in the greater world of weed: THC potency isn’t everything.

In the time since I have learned with certainty, THC content alone is a poor metric for choosing bud. 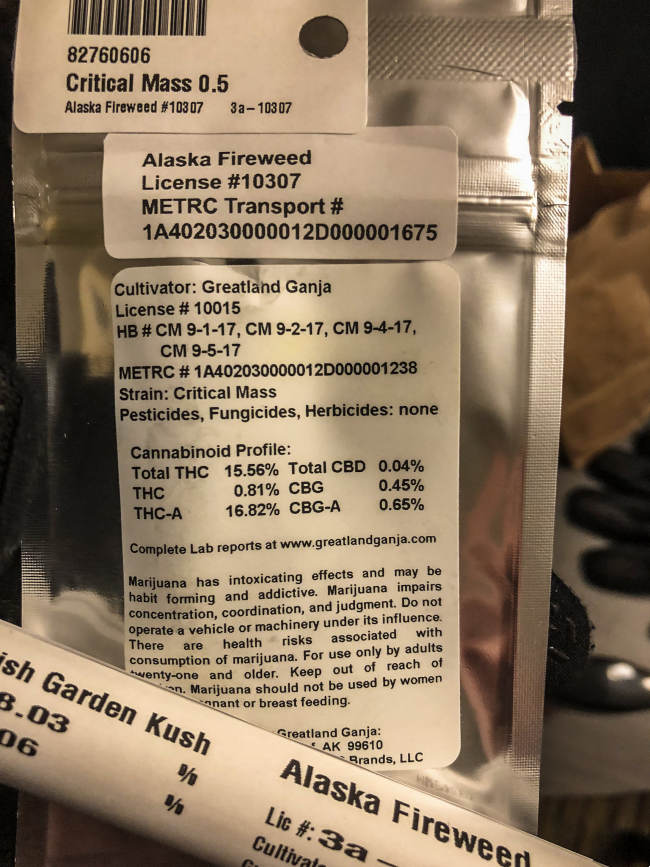 When plants have more THC, they have less of the other cannabinoids. photo credit

When the plant directs energy and resources to turn that precursor material into a certain cannabinoid — in this case THC — it means the precursor cannot be used for another compound. This is why plants with more CBD have less THC and vice versa. Plants that are high in both will have fewer other cannabinoids as well. This spent energy also affects the production levels of terpenes, the chemicals that compose the smell of the flower and have their own effects.

In the closed system of the plant, if any one thing is made in surplus, the energy and resources won’t be applied somewhere else. As a result, the more THC produced, the narrower the spectrum and supply of other possible compounds.

Why does this matter? The sensation we describe as “’high” is not the result of THC alone, but rather a complex tapestry of effects from multiple compounds experienced together. Proficient cannabis users will note the many different kinds of high states that different cannabis strains can provide.

Some are euphoric and stimulating, others relaxed and meditative. Some stimulate hunger; others are masters of suppressing pain. The myriad experiences of cannabis exist because, beyond THC and CBD, there are many other cannabinoids on the plant, each with a host of effects. 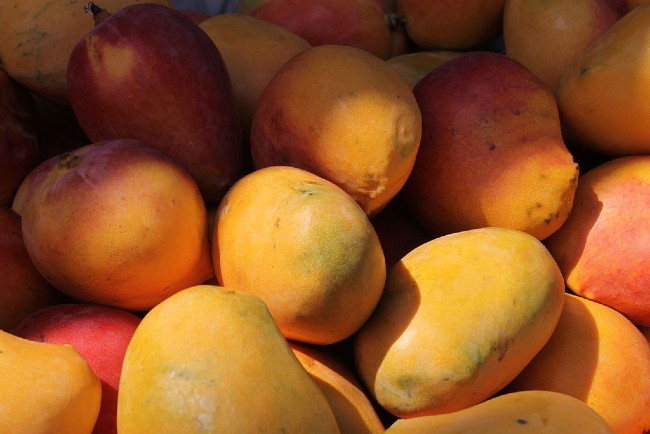 Myrcene, which is also found in mangos, is one of the most influential terpenes in cannabis. photo credit

In addition, some of the most potent effects of cannabis do not come from cannabinoids at all, but from the synergistic work of terpenes. Terpenes, as we mentioned, are related to smell, but they also create their own biological effects within the body, similar to cannabinoids.

Myrcene, thought to enhance the effectiveness of THC, is by far the most prominent occurring terpene on cannabis. Thus, it’s possible that a strain high in myrcene with moderate THC could have the effects of a high THC strain, while still providing a host of other cannabinoids and terpenes, thus overall creating an even more potent experience.

Studies into the effects of cannabis are what first revealed this “entourage effect,” the phenomena of cannabis compounds having a larger influence together than when isolated.

Further research is likely to illuminate even deeper connections between these compounds.

Each person’s biochemical makeup is distinctive, and will have unique interactions with the compounds present on the cannabis plant, meaning that the ideal entourage for any given person will be different. This is why some people develop preferences for indica-leaning strains, while others prefer the sativa side of the spectrum. Some like gassy, stinky strains, and others fruity, or citrus, perfumed bouquets, or any strange combination of them. Our bodies have certain preferences for the arrangements that work well with them. 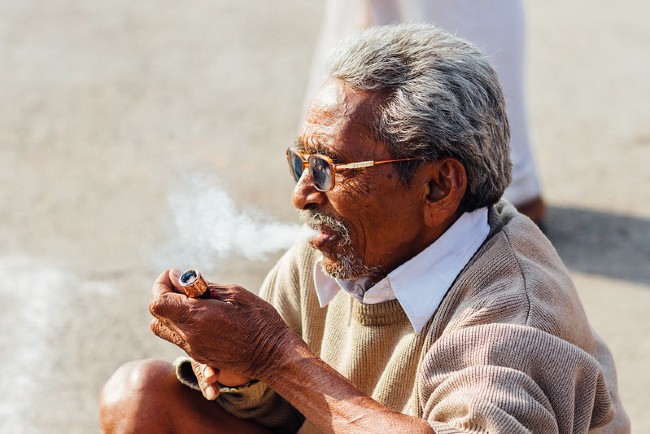 Many smokers experience the entourage effect without understanding it, however,  in recent years, potency testing has become standard practice for cannabis markets, thus more cannabis fans are starting to understand the underlying elements that contribute to a high. Terpene testing, while not uniformly standard, is gaining in popularity as well. If you’ve ever had a moderate-to-low THC strain knock you off your feet and wondered why, the likely explanation is the entourage effect.

How Potent Can Marijuana Be?

The number seems to be incrementally rising by the year, but buds tend to top out at 30-35% THC max. This is typically the result of some extreme measures like stressing the plant mixed with monster genetics and a lot of luck. However, at this level, the terpene and cannabinoid profile is going to be a lot narrower. If the result of this much THC is from stressing the plant, the resulting smoke might not be as great or complex as you’d hope for as well.

I started out learning the cannabis industry as a budtender, and still keep in touch with friends working in dispensaries today. Many budtenders I’ve talked to are skepctical of smoking top-potency THC bud, despite the higher price tag it, and my own days behind the counter echo those sentiments.

It’s rare that buds with the highest THC percentage actually are the best buds available, and smoking them rarely feels more potent than a bud with slightly lower THC and a wider spectrum. The rare example happens, but if the people who sample the most bud on the regular are telling you they don’t smoke the high-octane stuff.

Price is typically tied to THC percentage in bud with a pretty direct correlation: the higher the percentage, the higher the price. Why? It’s a bit of a feedback loop. Novice consumers come in and ask for the most potent thing on the shelf, and the more it’s in demand, the higher a price it will fetch.

At the same time, newer customers will come into the shop and see that the more potent bud is priced higher, and assume that means it will be a better quality product. This leads to ever-increasing demand for high THC strains.

Five or six years ago, I would have attested that 30% is the absolute max. Over the years that number has been pushed to the mid 30’s. There are some claims on the internet of strains being over 50-60% THC, to which we are extremely skeptical. The driver of such endeavors likely isn’t a better smoke, it’s to fetch a higher price. 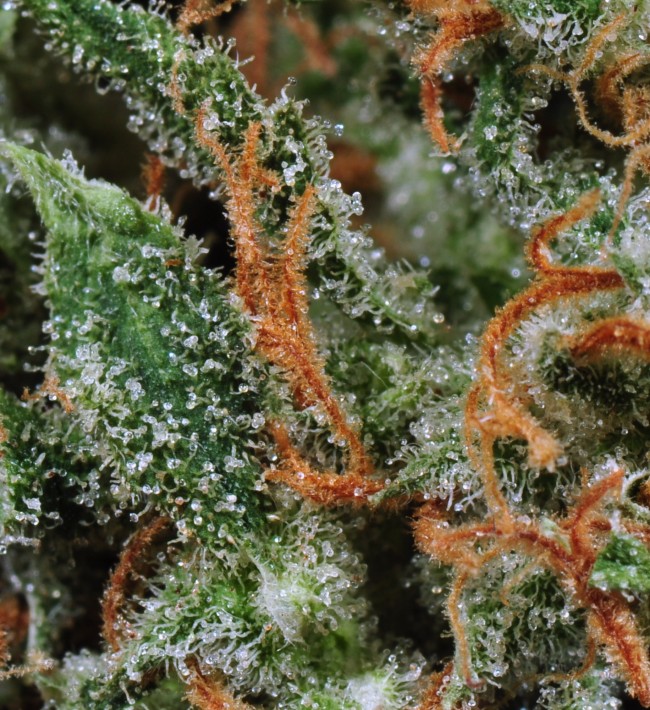 High THC strains are typically the most sought out from consumers.

That’s not to say you won’t encounter some 30% bud out there that packs a punch and terpene profile like you’ve never seen before. If they stand behind the counter long enough, most budtenders will come across an exception to the rule, and will tell you when they do.

In general, as a former colleague put it, “I’d rather take a small dab, then go smoke some better bud.” In chasing the perfect high-potency cut or cultivar, you may have to smoke a lot of inferior flower along the way, for a higher price. According to reporting from Forbes, higher THC potency might not actually get you higher

Selecting the Strains That Work For You

With time and experimentation, it is possible to identify the terpenes and cannabinoids that work best for your unique biochemical makeup. It is likely you’ll discover not one preferred combination, but many to suit different situations and needs.

It can be somewhat daunting if you are just getting started in understanding the wider range of cannabis compounds, but finding a dispensary or cannabis brand that provides terpene testing is a good way to start decoding the mystery. Another is to find a knowledgeable budtender who can make good recommendations. A cannabis journal can be helpful in this pursuit as well, to help keep track and notice trends.

Identifying the cannabis profiles that work best for you can be like finding your favorite soft blanket: familiar, yet always something special. It may not be the biggest, or have the highest thread count, but the combination of all its unique elements make it the best.

What is the Highest THC percentage recorded for cannabis flower?

Between 30-35%, claims of higher than that have been made, but hard evidence has been difficult to come by. This appears to be near the upper limit of what’s possible while still maintaining the quality of the bud. Only time will tell though.

How Can I Buy High THC Flower?

Most dispensary menus will have testing results prominently displayed, as potency labeling is required in legalized markets. When shopping on PotGuide, you can sort by THC percentage to find the right range for you.

THC content alone may give you some insight to what a bud’s effects will be, but there’s no guarantee that it will translate to a better high experience. Those who consume pure, or nearly pure, THC isolate report that the high is very different, but not necessarily of better quality.

How Do I Identify High Quality Cannabis?

Some of the more advanced signs of high quality cannabis to look for are bud structure, trichome quality and terpene profile. If your budtender is familiar with the strain, they can help give some insight, but ultimately the only way to know is to try it.

How a strain interacts with your biochemistry is specific to just you. It may be similar to how other describe it, but in the end that’s the only real way to know. Learn to trust your nose, and how to identify poor quality bud (larfy nugs, brittle stems, seeds, mold, poor coloring, hay-like smell, etc.). 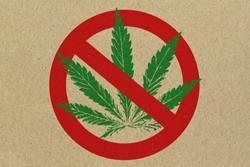 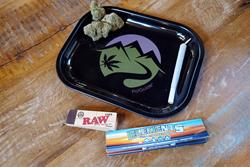