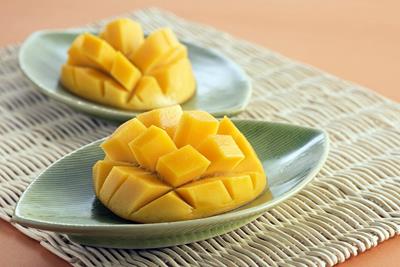 What do mangoes and marijuana have in common? Terpenes! Both mangoes and cannabis contain high levels of the terpene myrcene. This correlation has led many to believe that eating mangoes prior to consuming cannabis will intensify the “high” experience. Countless cannabis consumers have given anecdotal testimony of mangoes’ ability to modify marijuana, but is there any truth to these claims?

So far no hard evidence exists, and minimal research has been done. However, despite the lack of evidence, personal accounts remain consistent. In order to more deeply understand how this belief came to be, and if there’s any proof behind it, let’s take a closer look.

Will Eating Mangoes Make You Higher?

It is currently unknown if mangoes interact with cannabis in any meaningful way, and a review of the current claims on the subject found a “lack of hard data” and that’s due to a lack of research into the subject. Though science has discovered much about myrcene, mangoes, terpenes, and to a lesser extent, cannabis, very little study has been done on the interactions between them. What we do know about these substances individually is what has led people to believe that eating mango before consuming cannabis will intensify and extend your high.

We’ve covered terpenes before, but for a quick summary, terpenes are natural compounds that plants produce which contribute to their unique smell and taste. These terpenes also affect our brains and senses. For example, think of how the smell of pine can energize, and open up your lungs. That physical reaction is due to the terpene pinene, which acts as a bronchodilator, among many other effects.

Cannabis contains over 150 terpenes, and a study analyzing the terpene profile of 16 cannabis strains revealed myrcene to be the most prominent cannabinoid. 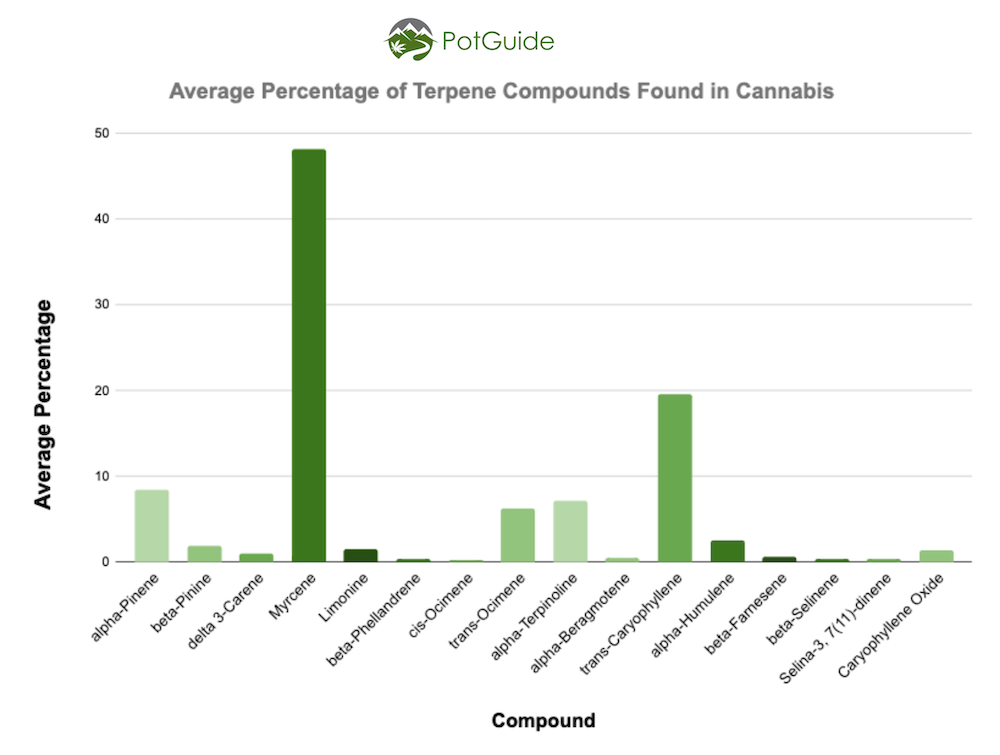 Due to its overwhelming prominence in cannabis, many came to the conclusion that myrcene plays a significant role in the high experience. Specifically, there is a belief that myrcene enables THC to more easily pass through the blood-brain barrier, a lining in the brain that keeps substances in the blood from making their way into our brains, ideally keeping us from harm.

The blood-brain barrier also keeps mind-altering substances from making their way to the brain, which includes THC. Ideally, by letting more THC through to the brain, myrcene doesn’t actually get you high, it lets more THC into your brain, making you feel higher.

How does any of this have to do with Mangoes? Mango also contains myrcene, and the idea is that eating mangoes will get more myrcene into your system to let in more THC when you consume cannabis, ultimately getting you higher.

How Do Mangoes Interact With Cannabis?

Many of the claims about mangoes, myrcene, and cannabis fall apart under scrutiny. Let’s look at them more closely.

Does Myrcene Get You Higher?

Some of the effects of myrcene have been researched, and the overall takeaways are that it has analgesic (pain-relieving), muscle relaxant, and sedative effects. Its presence in both cannabis and the hops in beer likely contributes to the relaxed body feeling both impart. Furthermore, consuming more myrcene seems to intensify these effects. In that sense, yes, myrcene does play a role in how we feel when we “get high” consuming cannabis. 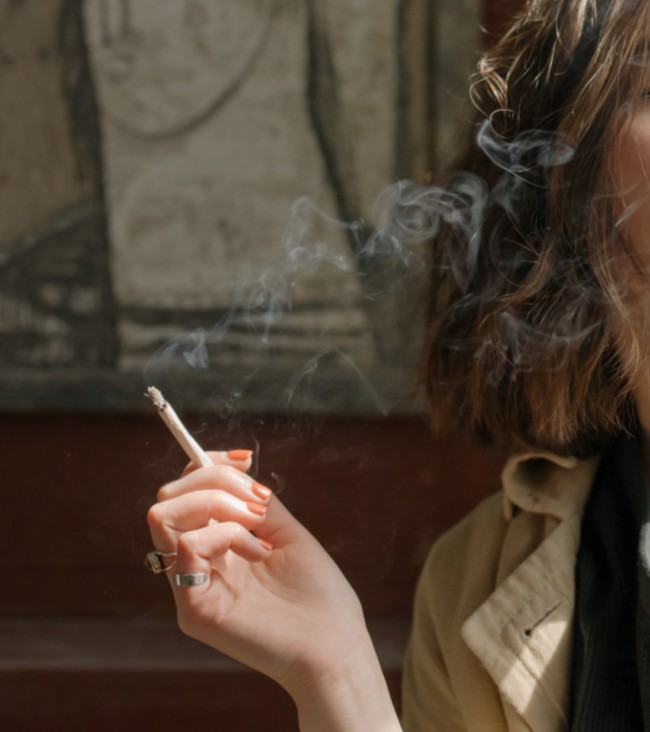 Myrcene is one of the terpenes responsible for creating many of the effects you feel when high. photo credit

Still, the question is, does it get you higher? This all comes back to the claim about the blood-brain barrier. It’s an intriguing claim, but at this point is nothing more than that. In the very text that observed myrcene may have such an effect with cannabis, Nutraceuticals, the line following the observation states, “perusal of claimed references in the popular literature shows a lack of hard data regarding brain transport.” That’s science speak for, “we can’t find any evidence.”

Overall, we know that myrcene plays into the experience of being high, but cannot directly say that it increases or intensifies a high.

Are Mangoes High in Myrcene?

Here’s the real letdown of this claim: although mangoes contain myrcene, they don’t actually contain that much myrcene. A study in the Journal of Agricultural and Food Chemistry looking at 20 cultivars of Mango showed only 1.28mg per kilogram at the highest concentration. One would have to eat a lot of mango to get a significant raise in myrcene levels.

Also, there are other foods with much more myrcene than mangoes. For example, thyme has been shown to have up to 40%, and lemongrass 20%.

It appears that if mangoes do have an effect on the intensity of cannabis, it might not have anything to do with their myrcene content. Alternatively, in a more potent high were a direct result of their myrcene content, it would be a very small impact, and there are better food options to go with.

Though there is minimal research on the subject, the consistency of anecdotal claims suggests some unfound connection between mango and cannabis may still exist. Still, despite how common the claim is, there is nothing to support the theory that mango causes THC to be more effective.

These two really seem like they might have something going on, but if you remember your early science classes, you may recall a very important element of the scientific process: correlation does not equal causation. 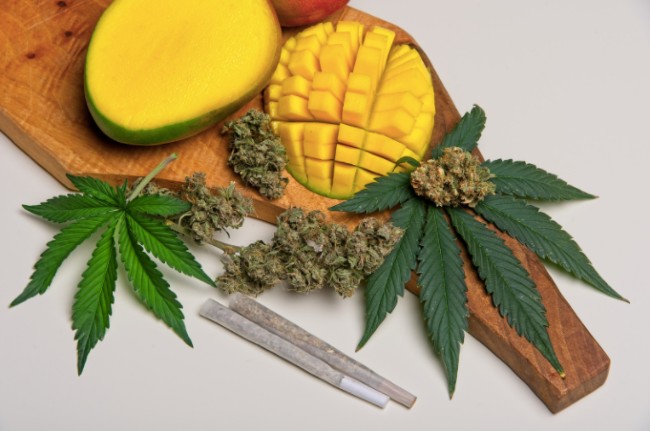 The relationship between cannabis and mangoes has not yet been researched enough to come to any conclusions. photo credit

However, while eating mango might not improve your high, it also likely won’t hurt it.

Tips for Improving Your High with Mangoes

If you do find that eating mangoes improves your high, here are some tips to maximize their potential. Eating mango 1-2 hours before a smoke sesh will give the fruit time to digest. As a bonus, mango is high in fiber, and thus will lessen the cravings for junk food later by helping you feel full.

If you’re planning on eating mango specifically for the boosted high, it’s important to note your metabolic rate. Those with a slow metabolism will have better luck consuming mango up to two hours prior to smoking while those with a fast metabolism may do better-eating mango less than an hour before. Think of how long it takes an edible to take effect for you, and use that as a rough gauge for timing. The two are unlikely to have the exact same timing, but if you know your system tends towards a slower or faster rate, adjust accordingly.

Mangoes are good for so much more than just getting high. In addition to their awesome flavor, mangoes have a host of other health benefits. They may improve digestion (which helps if you prefer edibles), help with vision, improve skin and hair conditions, and help stabilize blood/sugar levels in diabetic patients. 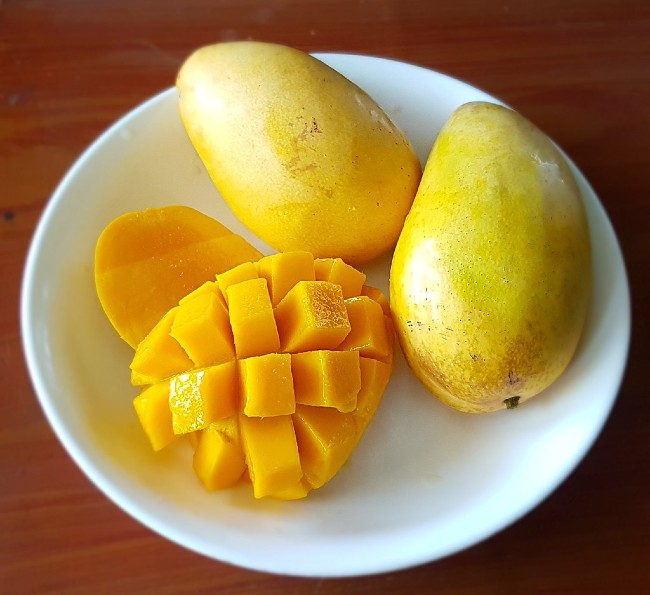 While we can't prove mangoes will actually get you higher, they do still provide tons of health benefits. photo credit

Moreover, mangoes may help protect against multiple forms of cancer. Researchers at Texas A&M found that mango extracts have a positive impact on all forms of cancer tested (colon, breast, lung, prostate, and leukemia). Mango has the greatest effect on breast and colon cancers.

Cannabis and tasty foods go hand-in-hand, but the jury is still out on whether or not mango can intensify your high experience. However, unless you have a food allergy to mango, there’s little harm in trying some with your cannabis and seeing for yourself. If it works, you’ve found a cool new cannabis hack, if it doesn’t, you’ve enjoyed some delicious mango.

Does eating mango impact your high? Share your experiences in the comments below! 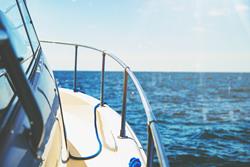 Is Cannabis Legal on the Open Ocean or International Waters?

Is Cannabis Legal on the Open Ocean or International Waters? 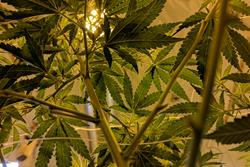