By now, most cannabis consumers are familiar with THC, the psychoactive ingredient in cannabis. However, if you go to a dispensary and purchase some buds, it becomes quickly apparent from the label that even high-potency cannabis flower contains very little THC, and a lot more of something called THCA. But what exactly is this cannabinoid, and how does it relate to its more popular counterpart? To understand the connection between the two and how they interact with the human body, we’ll have to engage in some light chemistry. Let’s get started!

THCA is tetrahydrocannabinolic acid. It is the precursor the cannabinoid THC, or tetrahydrocannabinol. A somewhat unstable compound, THCA actually changes into THC to give the plant its psychoactive properties. This can happen slowly as the plant dries, (resulting in the small amounts we see on those labels) or when heat is introduced, via a process known as decarboxylation.


Alone, THCA is completely non-psychoactive, meaning that it can’t get you high.

When we smoke cannabis, we are making the decarboxylation conversion happen on the spot, and transforming the relatively inactive THCA into something our endocannabinoid system can readily uptake – THC. Similarly, this is why flower needs to be baked at a low temperature before being made into edibles so that the THC becomes activated and your batch of brownies doesn’t end up a dud.

The simplest way to think of THCA is “potential THC,” yet new interest in the cannabinoid has shown opportunity for it to be much more. For the cannabis plant, THCA acts as a mechanism to fight off disease and infection. Ideally, it might be able to do the same in humans.

In practice, we still have a lot to learn about our interactions with THCA and how it moves within the body. Early studies suggested that it might be inert, due to THCA’s inabilities to pass the blood-brain barrier and to bond to the usual endocannabinoid receptors (CB1 and CB2) as THC and CBD do. However, we now know that it acts primarily by inhibiting cyclo-oxygenase (COX) enzymes and other compounds particular to affecting inflammation in the body, as well as acting on the TRPA1 receptors (responsible for modulating things like pain and itch response). 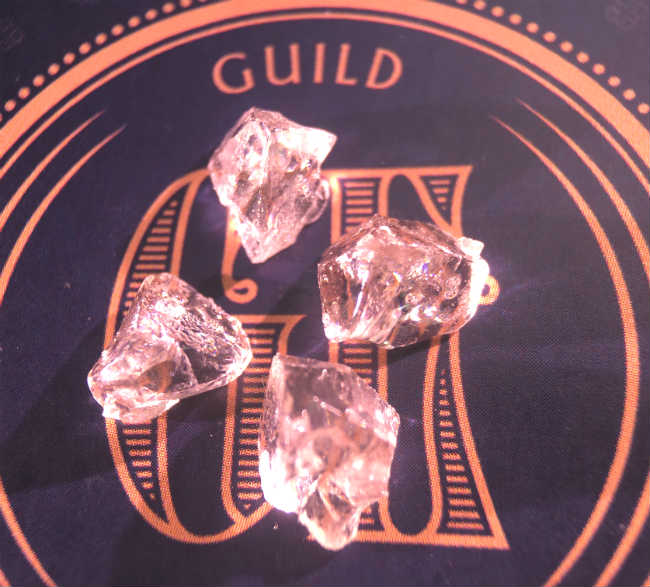 While CBD also has anti-inflammatory properties, they work via different biological processes. This has caused some advocates to claim THCA as the superior anti-inflammatory agent, but until the direct pathways and methods of action taking place are better understood, it is probably best to say they are both powerful, but different. With more understanding, we will hopefully be able to better target specific cannabinoid treatments to specific ailments in the near future.

In addition to anti-inflammatory properties, one oft-cited study demonstrates THCA to be an effective antiemetic in rats, possibly even more effective than THC in fighting against nausea. This could have great implications for a large swath of medical cannabis patients who cannot tolerate the psychoactive effects of THC but, of course, more research is needed on the subject. Some researchers have suggested that trace amounts of THC in the THCA preparation for the rats might have affected the outcome, and others debate if the effect would translate to humans. Though all vertebrates have an endocannabinoid system, the way our bodies interpret them can differ.

The most exciting potential for THCA might be found in an Austrian study, which proved an ability to protect dopaminergic neurons against cell death (translation: this aspect of weed can actually protect your brain). This could have huge impact on those afflicted with Alzheimer’s and other neurodegenerative diseases. THCA shows promise towards acting as an anti-spasmodic and aiding in the destruction of diseased cells (which could help combat cancer) as well.

THCA has also garnered a reputation for help with muscle soreness among athletes. While this adds credence to the cannabinoid’s anti-inflammatory and pain relief prowess, the popularity might be more closely connected to the incorrect persistent myth that THCA will not show up on a drug test. Not only will it show up on a drug test, because our bodies have the ability to turn THC back into TCHA after being processed by the liver, it’s one of the primary things looked for on a drug test. Make sure this isn’t a factor when you’re shopping. 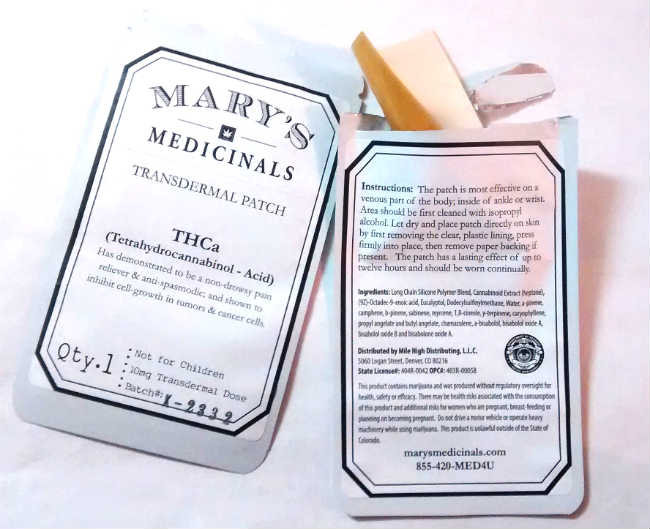 It is in pursuit of these possible benefits that more and more cannabis companies are rolling out THCA-specific products. Many dispensaries carry THCA isolate in pill form for consumption, and Mary’s Medicinals makes a transdermal version. Perhaps the most popular iteration of TCHA on dispensary shelves though is aimed at THC-effects.

Where Can I Buy THCA?

Preparations of THCA crystals (aka diamonds, glaciers or rocks depending on what your local dispensary is naming them that week) are garnering a following among the concentrate connoisseur crowd. Pure THCA crystals are for dabbing, and because heat is involved, will most definitely bestow psychoactive effects. They are desired for their relative lack of terpene profile, which users claim can sometimes impart a clean and focused high.

Having THCA separate from terpenes also allows the dabber to mix to their liking. Combined with products like EVOLAB’s FreshTerps (terpene-rich full spectrum preparations with little THC content) makes for unique and highly customizable dabbing experience.

What are your thoughts on THCA? Share them in the comments below!