Cannabis testing. It is arguably the most important and complex business that the cannabis industry has to offer and yet, its importance has always been overlooked. But why is it important?

With help from Eric Nagler, Sample Testing Manager at The Spott, a cannabis testing facility in Kalamazoo, Michigan, we will take a look at what categories are tested to make a cannabis product safe to sell and consume, what those categories include, and why testing is so imperative in the seed-to-sale process.

Why is Cannabis Tested?

In the cannabis industry, regulations require cultivators and processors must submit products for review to state-licensed testing facilities. The results of those tests are then presented back to the cultivators and processors on detailed certificates of analysis that prove the product is safe to consume. If the cannabis product’s test results fall within a state designated range, the product will either be approved or not approved for sale.

“The importance is safety and knowledge,'' said Nagler, a 5-and-a-half-year veteran of the cannabis testing industry. “From a grower and consumer standpoint, it really helps educate everyone on what is right for themselves and others.” 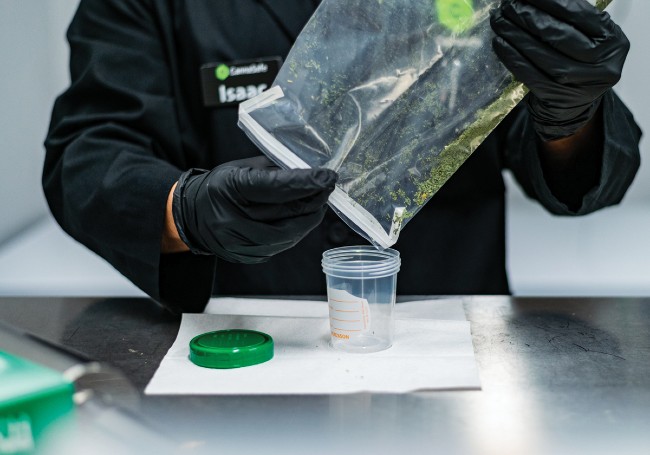 Cannabis testing ensures that cannabis is safe and free of contaminants for consumers. photo credit

Most states require testing for cannabis products to be sold. However, appropriate result levels for each category vary by state. Furthermore, because there is no uniform way of testing in all states where cannabis is legal, some states are behind.

“There’s only a little group in Washington that I’ve heard of where they don’t have to do testing on adult use. They do testing but not as stringently.

What Cannabis Testing Looks For

Primarily, the categories that are tested include cannabinoid potency, contamination, microbial, terpenes, pesticides, heavy metals, foreign matter, and in the case of concentrates, residual solvents.

Reasoning to test for any of these categories comes down to human safety. If the levels are too high or in some cases, detected at all, it could be harmful to humans. The chart below breaks down the type of category and what is tested. This chart is a general overview and what is tested per category is not mandatory in all states where cannabis of any form is legal. 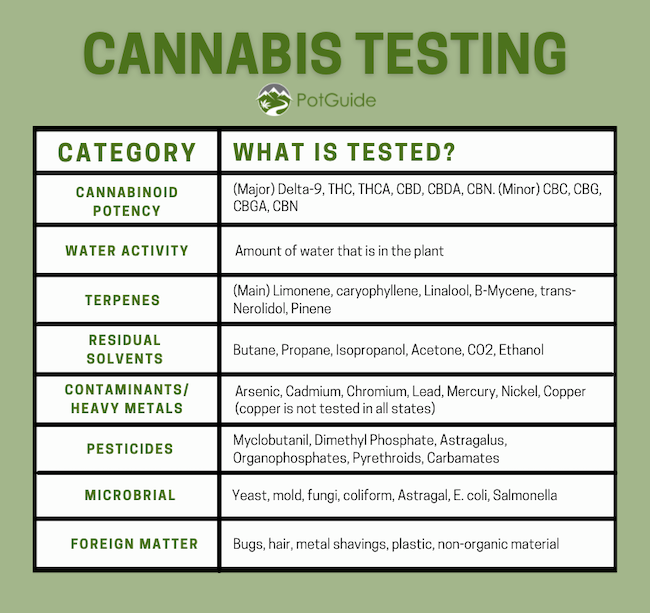 Here’s a look at some typical results: 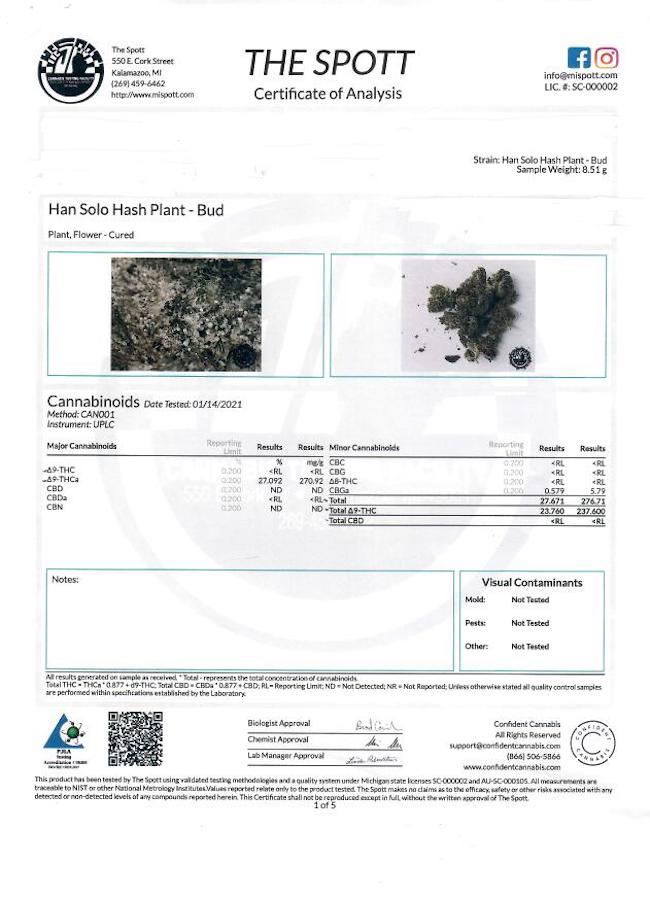 A certificate of analysis showing the results of the cannabinoid portion of the testing for Han Solo Hash.

This, or something similar, is what cannabis companies must provide to meet state guidelines. In some states, if a batch of a given product fails, it can be tested again, but in most cases, the product must be destroyed.

The Importance of Testing

While the overarching reason is safety, it can take some context to understand why each category is screened, so let’s take a closer look.

Testing for potency helps determine the potential medical uses of a specific plant, and lets consumers know how to dose. Most forms of THC for example are used to assist with chronic pain disorders, gastrointestinal disorders, nausea, increase in appetite, chemotherapy, and opioid addiction. While CBD, CBG, and CBN tend to help with things such as neurological issues, anxiety, and insomnia. On a cultural level, potency and cannabinoid percentage also affect what products consumers choose to buy. Knowing a product’s potency helps consumers choose safe and enjoyable products for their desired experience. Potency can change from plant to plant depending on climate, soil type, and age.

Most labs test for 6 to 10 major terpenes, but some test up to 26. Terpenes determine the aroma and flavor of the final product. They also have a major role in the effects and therapeutic benefits of a product. Terpenes can assist in helping the immune system and fighting bacterial diseases, as well as chronic pain conditions. Terpenes can be found in drinks such as seltzer water, tea, and beer, common household spices, toiletries, and face creams. If it smells or tastes like some form of plant, there’s a decent chance a terpene is involved. 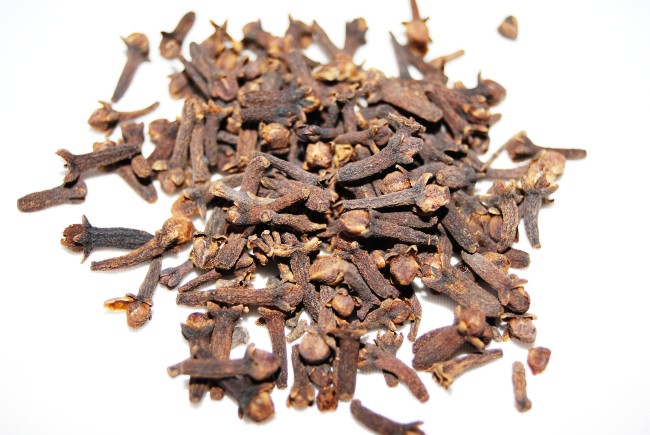 Caryophyllene, which can also be found in cloves, is one of the main terpenes found in cannabis. photo credit

Some, such as caryophyllene can actually act as a cannabinoid. However, consumers should be aware that some terpenes can also be dangerous. Beta-myrcene, for example, is listed on California’s proposition 65 as a chemical that could cause cancer. Additionally, terpenes such as limonene and linalool can cause allergic reactions and irritation to a person’s eyes and skin when detected at high levels.

Concentrates go through the same tests as flower plus a residual solvent test. Any solvent used in extraction is not healthy for people to inhale. Unfortunately, they sometimes get left behind in the extraction process. Chronic inhalation of high butane levels, for example, can lead to psychiatric issues, blood disorders, seizures, and cardiovascular issues. While high levels of isopropanol, CO2, and acetone can cause hypertension, hypothermia, memory loss, and cognitive dysfunction, in addition to the effects of butane.

Microbes such as yeast and mold, in particular, can cause issues among those with respiratory issues, allergies, or who are immune-compromised. In the case of salmonella or E-coli, severe stomach pain and vomiting can occur. In serious cases, it can cause intestinal damage and respiratory illness. 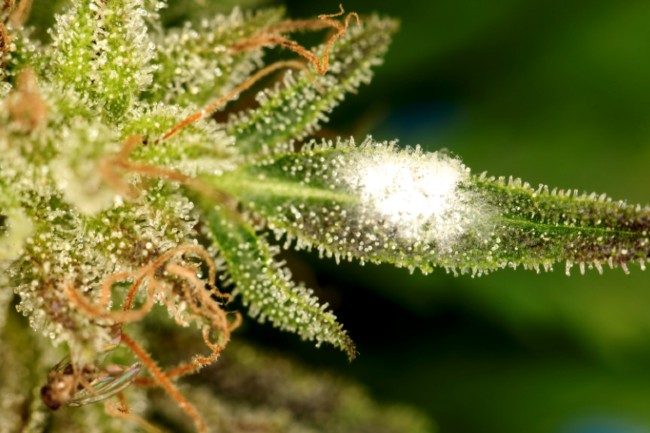 Testing for microbes and water activity ensures that things like mold are not found in the cannabis. photo credit

Unfortunately, not all states test for water activity but it is very important to test for it because it goes hand-in-hand with microbial and bacterial growth. Because cannabis is a plant that absorbs what is around it in the soil, it is very easy to have high water activity levels. Additionally, high water levels in cannabis plants can also affect the product’s shelf life.

Foreign matter such as bugs and hair have the potential to spread disease and germs if not detected. Small amounts of certain heavy metals are required for maintaining good health but prolonged exposure or consumption can cause damage to the central nervous system and vital organs.

According to Nagler, there can be up to 1,000 pesticides present in cannabis but there is not enough data to currently test them all. And while some may be able to be destroyed upon combustion, he said that pesticides are the category that can become the most dangerous because, like everything else, their passing levels vary from state to state, particularly, when organic products are used.

“There are organic products out there, such as pyrethrin, that are used in the growing process that are not approved in the cannabis market. These shouldn’t be cancer-causing, but there’s no data to confirm it. People need to remember that just because something is organic, doesn’t mean it’s ok for smoking.”

Nagler added that some states allow small amounts of myclobutanil and dimethyl phosphate (DDVP). These two microbes are significant to note because when heated to a certain temperature, myclobutanil turns to hydrogen cyanide, which was used in the gas chambers during the holocaust, and DDVP is an active ingredient in Agent Orange, which was used in chemical warfare during World War II.

“That’s not something to mess with and I don’t want anyone being a guinea pig unless they want to be for science. Unfortunately, there are just some things in this industry that we’re still a little disconnected with and that’s why having data on this kind of stuff is so important,” he said.

This revelation is shocking for sure, however, Nagler said he has seen a big, positive shift in the testing industry, just within the past few years.

“Three years ago, pesticide testing was not mandatory in some states that have medical and recreational marijuana. But something that has been cool to see is the progression and education of testing and realizing that there are products out there you can use to prevent high levels of microbials and contaminants that are completely organic and safe.”

Going forward, Nagler said that even though things have gotten better in the testing industry, there is still room for improvement and more research needs to be done to deliver safe products to consumers.

“There should be more uniformity across the board as a whole when it comes to testing and the equipment we all use. My goal is to help deliver safe testing for everyone because most of this is not known. Without testing, there’s no way to know what’s in there and that’s my main concern.”

How do you feel about cannabis testing requirements? Weigh in in the comments section! 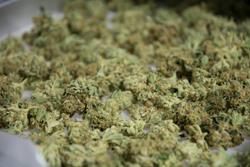