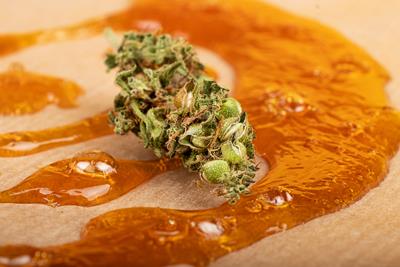 Many cannabis consumers believe THC percentage is the measure of quality weed, and will often pay more for flower that reaches 24% or beyond. At first glance, the logic is sound: if THC gets users high, then more THC gets users more high. In fact, demand for ultra-potent flower is so high that some growers are throwing perfectly good harvests in the trash because they test at a paltry 18% THC. But is that really trash? And is a higher THC content really such a treasure?

In this article we review the myth surrounding high THC content, the conditions that fostered it, and what prevailing research says about how cannabis gets us high.

How Did We Get Here?

In the earliest days of clinical cannabis research, THC was identified as the intoxicating chemical compound in marijuana. But shortly thereafter, in 1970, the Nixon administration issued the Controlled Substance Act of 1970, which declared cannabis had “no currently accepted medical use and a high potential for abuse,” bringing any further research to a halt. Unfortunately, much of our popular understanding of cannabis has remained fixed to the knowledge of that time.


After 1970, cannabis research in America was driven underground, and knowledge was passed around like scandalous literature. Without a forum or public framework, little progress was made and even less consensus reached regarding how to grow the stuff, let alone its chemical composition and pharmacokinetics, and some of the first discoveries surrounding the composition of cannabis calcified into the final word. It is true that THC gets users high, but it is not the whole truth.

The term “entourage effect” refers to the apparent ability of different cannabinoids and terpenes to work in concert to achieve therapeutic effects. The phrase is most often used to sell the benefits of whole plant extracts or whole flower, as opposed to partial-spectrum products and distillates. 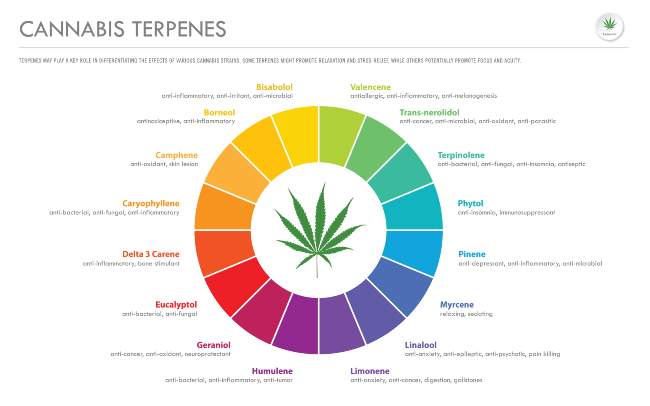 The entourage effect created by terpenes is an important part of the potency equation. photo credit

The phrase was first used by Dr. Ben-Shabat in a 1998 study regarding the cooperation of fatty acids and endocannabinoids. In 2011, Dr. Ethan Russo popularized the phrase in his article “Taming THC,” in which he suggested terpenes play a critical role in cannabis pharmacology.

Terpenes are chemical compounds found in a variety of plants including garden herbs, and are responsible for the plants’ aroma and flavor. For example, limonene is a citrusy terpene found in lemons, and pinene is abundant in fir trees. Terpenes themselves are not intoxicating, though some are technically psychoactive. Caryophyllene, a terpene found in marijuana as well as cloves and black pepper, has been observed binding to cannabinoid receptors similar to THC.

Specifically, caryophyllene binds with CB2 receptors in the peripheral nervous system (outside the brain). Surprises like these support researchers' suspicions that more elements contribute to a cannabis high than THC alone. In fact, THC isn’t even the only cannabinoid in cannabis.

CBD and Other Cannabinoids

Marijuana has over 100 identified cannabinoids and counting, including CBD, CBN, and THCV, and when these are isolated, they reveal their own unique contributions to the full spectrum of a marijuana high. CBN is being embraced as a sleep aid, and THCV may be a viable weight loss tool by decreasing appetite. By themselves these cannabinoids do not get users high, but they appear to be the individual ingredients of a more complete marijuana high. Of course most research has been conducted on CBD, which may give us another clue about the potential limit to THC.

In 2015, researchers testing the effects of transdermal CBD in rats administered four doses--small, medium large, and a final group received a dose ten times larger than the large dose--from 6.2 mg to 62 mg. The effort was not to find a lethal limit of CBD (which does not exist), but rather to address the same myth cannabis consumers believe when buying high-THC weed: if some is good, is more better? 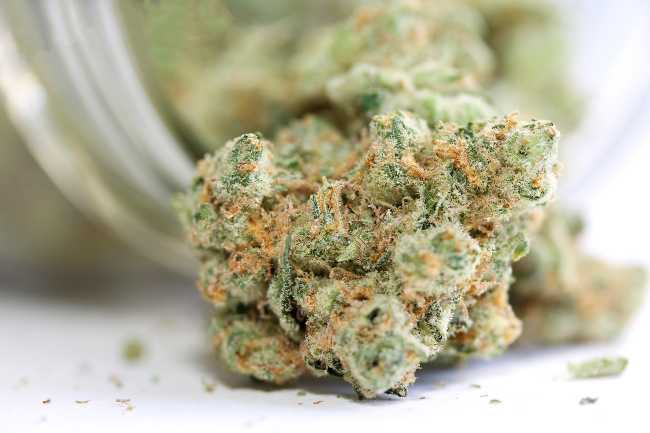 THC isn't the only part of the puzzle when it comes to marijuana's psychoactive effects. photo credit

To their surprise, researchers found the exorbitant dose of 62 mg had the same effect as 6.2 mg. Of course, CBD and THC act differently in the body, but both exercise an effect on the endocannabinoid system (ECS). Because the role of the ECS is to achieve and maintain homeostasis in the body, the study suggests that the ECS may have measures to self-regulate, denying excess cannabinoids much the way excess vitamins pass through the body unabsorbed.

Admittedly, some proponents of high-THC weed could consider evidence of the entourage effect as valid without discrediting the full flex of THC. After all, why not have both? But researchers at the University of Colorado may have proven why not, and why consumers shouldn’t pay a premium for that “premium” product: high-THC weed does not get you higher.

Does High-THC Weed Get You Higher?

In 2020, researchers at UC Boulder tested the alleged power of THC in 121 regular cannabis users. Those who smoked flower were directed to use either 16 or 24% THC flower, and participants who used concentrates chose from 70 or 90%. The THC in their blood was then measured at three regular points — before, immediately after, and an hour after consumption. As expected, participants who used concentrates exhibited higher levels of THC, particularly those using a 90% extract. But to their surprise, feelings of intoxication were reported similar among all users.

“People in the high concentration group were much less compromised than we thought they were going to be,” said Kent Hutchinson, professor of psychology and co-author of the study. Added lead author Cinnamon Bidwell, “potency did not track with intoxication levels,” even as some participants had blood THC levels more than twice as high as others. The study concluded that there may be a “saturation point” or a point at which additional cannabinoids offer diminishing returns at best, or no additional effect at all.

A Caution to Less Experienced Consumers

The CU Boulder study was conducted among experienced users with some amount of THC tolerance. Seasoned smokers can approach high-THC strains a little more cavalierly, but novice or inexperienced users should absolutely be careful with high-THC products and edibles.

While there may be a limit to how much THC can saturate the body, abruptly finding that limit five minutes after smoking is a quick way to ruin your day.

THC content is the metric most consumers still use to measure the quality of cannabis, but contemporary researchers have revealed the value of what is commonly called, “the entourage effect” — that is: the harmonization of other cannabinoids including CBD, CBN, and THCV, and terpenes like caryophyllene, which interacts with cell receptors in similar ways to cannabinoids. While THC is the primary intoxicating agent, even many industry insiders are in no rush to buy high-THC products because this broader terpene profile is usually sacrificed in the process.

Additionally, high levels of THC in the blood do not always correspond to a higher high, as researchers at CU Boulder demonstrated in 2020.

Do you use high-THC weed? Share your experiences in the comments below! 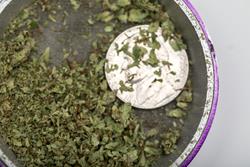 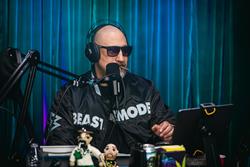