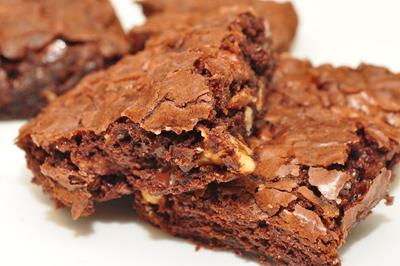 For novices and seasoned aficionados alike, edible marijuana is a popular choice. Particularly, the recent legalization of recreational pot in Colorado has seen a phenomenal growth in the availability and variety of pot-infused goodies. One Colorado-based company, Dixie Elixirs, has tripled their space and doubled their workforce to keep up with demand and improve their processes. With all this success also comes a closer scrutiny on what's actually in these treats, how they're made, what the risks are, and why they often seem to knock people's socks off on their first THC edible adventure.

Inhalation vs. Consumption: The Science of THC Processing

The first thing any savvy pot consumer needs to understand is that the body processes inhaled pot differently than it processes consumed cannabis. When inhaled, the THC in cannabis, known as delta-9-THC, passes rapidly through the lung tissue, into the bloodstream, and straight to the brain. The effect is felt immediately and peaks within 10-15 minutes.

When ingested, however, cannabis is first sent to the liver, where it metabolizes and transforms from its initial state into a more intensely psychedelic form known as 11-hydroxy-THC. This altered THC is sent into the blood stream where it eventually moves into the brain. This process can take up to two hours before effects begin to be noticeable and can peak for several hours after.

Consumption of edibles results in a slower ascent into a stronger, more visceral high. Because more of the cannabinoids are also absorbed into body fat and gradually released over time, the effect also lingers significantly longer. This is a big reason why edible novices frequently overdose on their first weed brownie. A novice may eat a brownie, not feel anything immediately, then promptly eat another without waiting it out to feel the associated effects of the initial consumption. This type of behavior can cause a lot of uncomfortable highs.

Since edibles are far more potent than your average joint and the impact of consumption is not felt until long after you consume whatever goodie you've eaten, understanding potency and how to gauge it becomes very important.

In Colorado, a serving of THC is defined as 10 milligrams. You'll find that most manufacturers use that as a standard for their edible products. Consume Responsibly recommends that first-timers or those with little body fat should start with a half dose (5 milligrams) and wait at least two hours before eating more. This will help you accurately gauge how your body metabolizes the THC.

In the Kitchen with Mary Jane

From the humble pot brownie to marijuana-infused pasta, the culinary adventures have expanded dramatically since medical marijuana's legalization. That boom got a new dose of energy with the legalization of recreational pot in Washington and Colorado. Edibles are accessible and don't come with a bad case of smoker's cough.

Cannabis chefs made the first edibles using the tried-and-true delivery system of infused butters and oils. These were then used in the baking process. This method is great for a home cook but isn't necessarily consistent enough for mass-market production. As a result, the products methods are evolving. Dixie Elixirs, for example, is infusing THC concentrates near the end of the baking process instead of adding it in with the initial ingredients. Others are spraying concentrate onto finished products to control more accurate dosing.

Not All That is Green is Gold

A study conducted by experimental psychologist Ryan Vandrey found that only 17% of the edible products tested were accurately labeling THC content. Those numbers are troubling, especially in an industry that is blowing up with many rules and regulations varying by state. Consumer marketing of cannabis has drawn more attention to the issue, which is a driving force behind the evolution of how edibles are now being created.

Part of the problem is that the industry grew up around medical users, who tend to have higher tolerances from daily use. Reversely, many of those buying recreational cannabis are relative newcomers with lower dosage thresholds. The increased scrutiny directed at the industry, and edibles in particular, combined with new and more reliable methods of infusing THC, are poised to bring a more consistent ganja edible experience.

All Things in Moderation

Between the sudden waves of edible-overdose cases being reported in Colorado's ERs to the Maureen Dowd piece in the New York Times, the overdose risk of edibles seems remarkably high. Much of these incidences, however, are largely a matter of inexperience. Dowd and others could have avoided a disconcerting trip with a little preparatory research. The key with edibles is to start slow, particularly if you've never imbibed in that way before. High Times offers up their 10 Commandments of Marijuana Edible Safety to guide new users to a blissful and playful edible high. 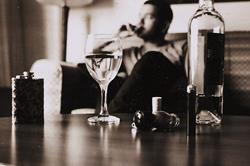 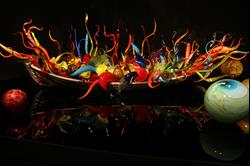 Top 10 Places to be Stoned in Washington

Top 10 Places to be Stoned in Washington