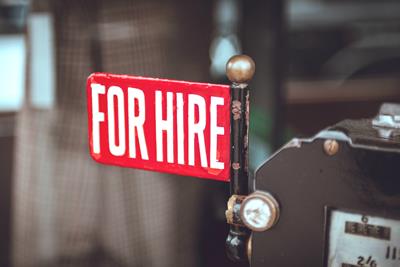 Cannabis legalization is widely believed to be at the root of Colorado’s low unemployment rate. The results seem omnipresent: locals see new dispensaries and cannabis businesses popping up all the time, view billboards on their daily commutes and are regaled by friends with plenty of stories about medicated yoga or cannabis cooking. Indeed, the state has been maintaining a widening gap below the national average since 2014. Colorado recently became the state with the third-lowest unemployment rate when it was narrowly unseated by North Dakota, who is set to pass its own sweeping cannabis legalization this election cycle. Considering the correlation between legal cannabis and unemployment in Colorado, we thought it might be interesting to see if this trend is occurring in other legal states.

Does Cannabis Legalization Lower Unemployment Across the Board? 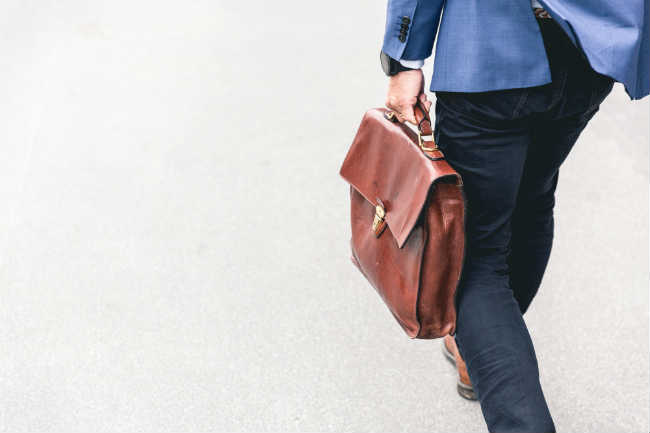 The cannabis industry has created thousands of jobs in multiple markets. photo credit

These numbers can be problematic to decipher, though. For example, the unemployment rate of Seattle (where the bulk of Washington cannabis retail and tourism is seated) has remained lower than the rest of the state, but doesn’t show a significant spike following legalization. Washington and Oregon were also slower to establish their retail cannabis markets, and have been plagued by overproduction woes. Furthermore, Colorado has “one of the lowest business income tax levels at just a little over 4.6 percent” according to Governor Hickenlooper.

Although it can be tough to generalize the relationship between legalization and unemployment, it is difficult to argue against the fact that cannabis legalization brings thousands of new jobs.

The Drug Policy Alliance estimated that 10,000 jobs were created within the first year of Colorado’s legalization alone. According to the Marijuana Enforcement Division, there were a total of 34,459 active occupational licensees as of June 30, 2016. This number doesn’t account for the thousands of ancillary industry roles that do not require a badge, either.

Legalization not only lowers unemployment by providing jobs within the industry directly in areas like retail, production, extraction, testing, growing and transportation, but also an incredible amount of support industries as well.

IT, finance (and Fin-Tech, naturally), regulation, compliance, security, construction, a particularly large need for HVAC, marketing, design, journalism, education and medical consultation are all ancillary components to the cannabis industry that have seen a spike in job opportunities. Cannabis makes real estate more desirable to the market too, and tax revenue means better funded schools in those areas. They say a rising tide lifts all boats; it would seem the tide is high.

Cannabis employment is so available that even non-consumers are starting to get into it as well. Two different budtenders I spoke with said they either currently do or have had coworkers who do not partake. While direct job growth can be difficult, the industry itself is growing every day. People see the information learned there as a valuable commodity in and of itself. With a handful of states adding to the legalization wave each election, that value is only going to increase. Colorado cannabis job websites are already seeing postings from places like Chicago and Alaska, seeking to poach talent. The trend is only likely to grow, exponentially.

Cannabis is in such high demand that employers are being forced to reconsider using drug screening. The Denver Post had to change their drug screening policies after 2014, and a pharmaceutical company in Nevada stopped testing at the start of 2018. Pot isn’t just lowering unemployment; it’s changing the standards of employment. 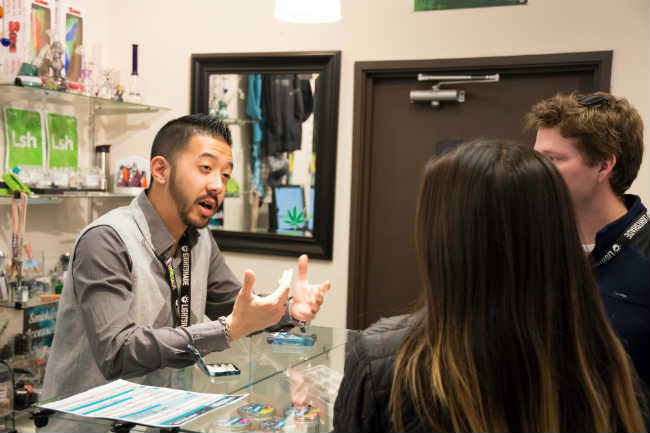 Employment in the cannabis indusry is evolving on a daily basis.

Cannabis industry employees are usually paid more than minimum wage across the industry in retail, though moving up to higher wages has been a common struggle. Many industry workers report that lack of upward mobility options to be a large problem in cannabis. Typical employment benefits such as sick leave and health insurance are not standard across the industry, but many businesses are starting to offer options.

There’s still a long way to go, as budtenders and other industry support workers report they often don’t make enough to actually afford the health coverage offered by cannabis businesses. While many employment situations in the industry are not ideal, most workers rest easy knowing that there’s always someone else hiring. Down the line, employers will ideally have to add benefits to stay competitive, however, it’s sad to see a progressive industry lag behind others in what should be standard offerings. Growth in many forms has always been a large part of the cannabis experience, and here the industry has an opportunity to lead by example.

The Future of Cannabis and Unemployment

As the cannabis industry continues to grow and boom, the national economy is in for some growing pains. And just as states have adapted, the federal government will have to change or get left behind. Ahead of the creation of Canada’s national cannabis market, the US has declared a “lifetime” ban on some Canadian cannabis workers entering the United States. Even some who aren’t directly in the industry were affected; the US barred one worker from entering based on a product that wasn’t even sold yet.

Stifling interaction between US and Canadian cannabis markets could have far-reaching impact on employment in the industry, as Canada not only has cannabis stocks, but an international cannabis trade. If the US wants to stay competitive on the national stage without negatively affecting the economy and labor force, we are going to need to reverse that policy. Not to fret, many don’t feel it’s an actual “lifetime” ban, just until January 2021, but possibly much sooner.

What are your thoughts on cannabis and employment? Share them in the comments below! 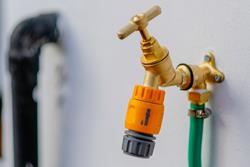 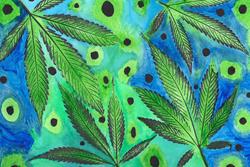