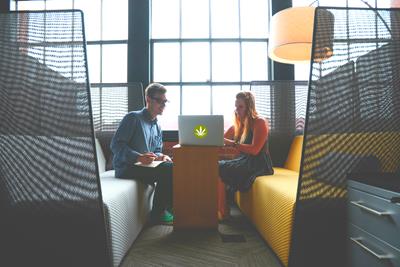 Marijuana has become a popular way to wind down after a long day at work. Instead of cracking a beer, more and more people are packing bowls to relieve the stress of a hard day’s night and for good reason: marijuana has been shown to boost mood, reduce stress, control pain and improve sleep quality better than alcohol (and it’s safer, too!)

But many employees throughout 420-legal states are caught in a catch-22 of sorts. Though it is perfectly legal to purchase, transport and consume marijuana recreationally in four states plus the District of Columbia – and legal medically in 20 others – those working or attempting to work in “drug-free” workplaces risk their jobs if they choose to indulge in some tasty greenage.

According to Colorado Revised Statute § 24-34-402.5, “It shall be a discriminatory or unfair employment practice for an employer to terminate the employment of any employee due to that employee's engaging in any lawful activity off the premises of the employer during nonworking hours”. Given that marijuana is legal in Colorado, it would stand to reason that this would include cannabis consumption, as well.

But not so fast. As ruled in the 2013 Colorado court case, Curry v. MillerCOORS, in order for an action to be considered legal, it must be legal on both the state and federal level. Because marijuana remains federally-illegal, cannabis consumption continues to be reason enough to can someone for not abiding by company drug policy. As long as there is a pre-established, written company drug policy (and a long as drug testing is non-exclusive), an employer may fire a cannabis consumer who tests positive for trace amounts of marijuana – trace amounts!

The most common drug test employers use when testing for drugs is a urinalysis or a UA. This test screens for common drugs (both licit and illicit) like THC, PCP, cocaine, opiates and methamphetamines by looking for inactive drug metabolites. These tests therefore cannot determine whether a person is impaired at the time of the test, only whether the person has used a particular substance in the recent past.

Because marijuana metabolites can remain in the system for as long as a few months after cessation (which can vary depending on many, many factors), testing for trace amounts of THC does not indicate recent consumption, and certainly does not imply danger or irresponsibility on the part of the user. This puts cannabis consumers at a much greater disadvantage for finding (and keeping) employment compared to those who drink or take prescription drugs, both of which can also lead to safety hazards in the workplace.

Companies that maintain a drug-free policy may be shooting themselves in the foot in terms of productivity and overall employee satisfaction. Because standard drug tests only look for metabolites, it is significantly more likely that an occasional pot smoker be barred from employment than someone who actually suffers from substance abuse. Unlike many other drugs like alcohol, cocaine and meth (which tend to expel themselves from the body within only a few days), trace amounts of marijuana can be detected well after the user has stopped consuming. Anyone unwilling to cease consumption likely wouldn’t apply for employment in a drug-free workplace so someone who does – and tests positive for it – is likely to only consume on occasion, anyway.

Furthermore, according to the article “Under the Influence? Drugs and the American Work Force”, pre-employment drug testing does not improve productivity and does not deter drug use. Though many other articles claim the opposite, it’s important to understand that many are funded by drug testing companies who need to sell their product – corporate drug screenings – in order to turn a profit.

Employees who use cannabis may also be more creative – a characteristic more than 20 percent of employers seek in job applicants. That’s because cannabis use causes divergent thinking or the ability to make connections out of seemingly unrelated concepts. By banning cannabis use among employees, companies may be losing out on some brilliant ideas that could only be inspired by good ol’ Mary Jane.

Until company drug policies evolve to include the changing legal status of marijuana, employees will continue to get the short end of the stick. Cannabis consumers will have to weigh the importance of their job against their right to toke legally or else get a job in the legal industry to avoid the headache in the first place.

Has your company drug policy compromised your ability to consume cannabis? Why or why not? 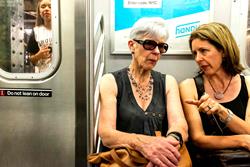 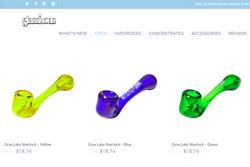