Colorado may have blazed the trail when it comes to adult-use marijuana markets, but Maine, whose voters legalized recreational marijuana in November, 2016, is the first to protect workers who consume cannabis. We’re hoping to see more states adopt similar measures in the future, but for now let’s take a closer look at this monumental moment for Maine and the cannabis community as a whole.

On February 1, 2018, Maine’s IB 2105.c.5. “Question 1 - An Act to Legalize Marijuana” took effect, which requires employers to stop testing job applicants for marijuana use and prevent them from firing employees who are 21 years and older for using marijuana outside of the workplace.


In conjunction with the new legislation, the Maine Department of Labor has removed marijuana from the list of drugs that an employer may test for.

The stance of the Department of Labor is that employers may not test in the pre-employment process. But, if an employer has probable cause, drug testing is still legal under the new law. IB 2105 is great news for both Mainers and employers looking to attract and retain talent. Maine has a very low rate of unemployment – 3.1 percent as of November 2017 – indicating a tight labor market. When employers need workers, some things, like a drug test, become less of a priority.

Without a drug test requirement, employers have access to a deeper pool of talent, especially talent that might smoke marijuana after work, on the weekends and away from the workplace.

The Federal Reserve found in a survey from 2017 that employers were having difficulty finding applicants who could pass a drug test. Not coincidentally, more people than ever failed drug panels in 2017, an unsurprising fact given that more and more people have access – and will likely gain access in the coming years – to legal cannabis markets.

On average, Americans have grown more liberal about social issues like marijuana use. An October 2017 Gallup poll shows that 64 percent of Americans support cannabis legalization, markedly higher since they began the poll in 1969, when support of cannabis legalization was 12 percent. Given the current environment, some employers are simply less willing to spend money on marijuana screenings when societal appetite for such tests is trending low. 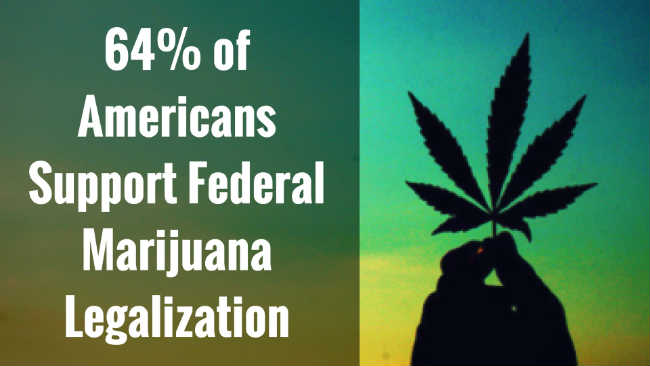 Support for legalization is growing every day, making it tough for employers to justify cannabis drug tests.

Maine’s new law, however, does not put all marijuana consumers in the clear. The new law states that employers cannot discipline current employees or refuse to hire potential employees based on their off-site cannabis use. But, they are free to discipline those who use cannabis in the workplace.

Additionally, if a job has a federal testing mandate, like those for the U.S. Department of Transportation, an employer may test for cannabis as a condition of employment and discipline those who are already employed.

There is no way to discern through a drug test whether marijuana consumption occurred on a smoke break at work – which can incur disciplinary action under the law – or on the weekend, away from the work site.

Though Maine is the first state to codify protections for workers who use cannabis, large employers, based mostly in states with legal markets, are already dropping the drug test. Las Vegas-based Excellence Health Inc., employing around 6,000 workers, recently dropped drug testing for those working on the pharmaceutical side of the business. 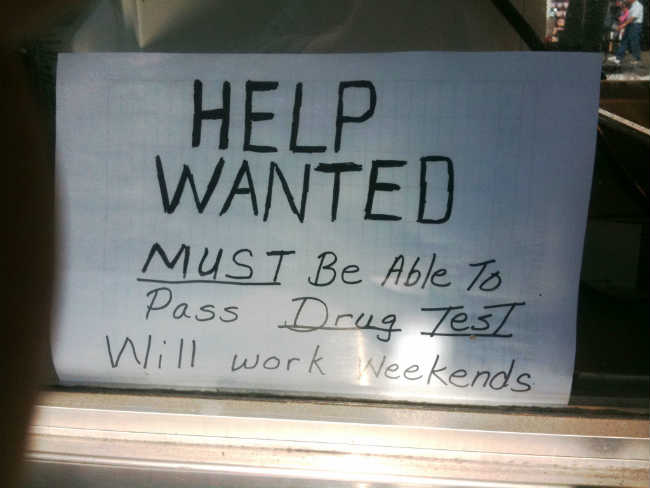 AutoNation Inc., the largest car dealer in the U.S., quietly stopped refusing to consider failed drug tests as a deterrent for new applicants in 2016. Another employer based in Colorado, The Denver Post owner Digital First Media, also ended pre-employment screening for many employees in 2016.

California, the newest and by far the largest legal marijuana market, will be the state to look towards to see whether the testing standards set by Maine catch on.

Considering a judicial decision in the Golden State’s not-so-distant past, liberalizing drug testing standards is not necessarily a done deal. In a case that began in 2005, nine years after California voters passed the Compassionate Use Act (aka Prop 215) that legalized medical marijuana, the California Supreme Court ruled against medical marijuana patient Gary Ross in a case called Ross v. RagingWire Telecommunications, Inc.

Ross sued for wrongful termination after getting fired from his job because of medical marijuana use. The Court determined in 2008 that “Prop 215 did not require California employers to accommodate the use of marijuana,” and concluded that employers can consider a person’s drug use to make employment decisions.

The clash of state and federal drug laws is becoming a critical issue for employers as they decide how to move forward with drug testing policies in legal and medical marijuana states. Until the federal government either legalizes or de-schedules cannabis, drug testing at federal workplaces is not likely to go away. But states like Maine can continue to lead the way for others who value fair workplaces for all employees, regardless of offsite marijuana use.

Do you think more states will follow Maine to protect cannabis use outside of the workplace? Why or why not? Why Does Weed Turn Purple? Truths and Myths about Purple Cannabis

Why Does Weed Turn Purple? Truths and Myths about Purple Cannabis