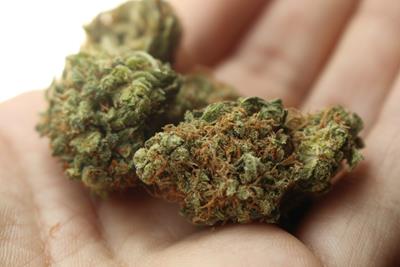 In the modern era of cannabis consumption, we are witnessing a paradigm shift. Who smokes marijuana? Why do they do it? By and large, these demographics are changing, or rather coming to light, and they subvert the traditional understanding of cannabis culture. The new cannabis consumer is active, productive and on the move with the help of the good green plant.


This “new era” of cannabis consumers is aiding in the breakdown of past stereotypes and helping to encourage the normalization of marijuana use in general. As more and more people begin to realize that cannabis consumers aren’t just lazy stoners, but rather productive members of society, the stigma surrounding cannabis is likely to make a positive change.

Who is Buying Cannabis These Days?

Anyone who has spent time in the retail end of the cannabis industry will tell you an open secret: everyone consumes marijuana. There are extremely few professions not represented coming through the doors of a cannabis dispensary. From doctors and lawyers all the way to pro athletes, veterans and everything in between, people from all walks of life choose to consume cannabis for a number of reasons.

People expect the line at a dispensary to look like a crowd waiting for a concert, when in reality the everyday variety of people in line at the DMV might make a more accurate representation.

Despite this diverse group, one universal stereotype of cannabis consumers persists. Slow, dim-witted, and above all else, lazy. The “stoner,” i.e. one who is stoned. The word is meant to conjure the essence of immobility. The stoner is a weight, and by extension a burden. To individuals, to society, to the great American concept of “work.”

One need not look very far into history to learn that the “lazy stoner” image was originally cultivated and sustained to support racist fears and agendas. Even the term “marijuana” is an attempt to demonize cannabis use among Mexican migrant workers and artificially distinguish it from the hemp many American farmers grew as their patriotic duty to support the war effort during WWI. In an America long forgotten, the US government voraciously supported hemp cultivation. 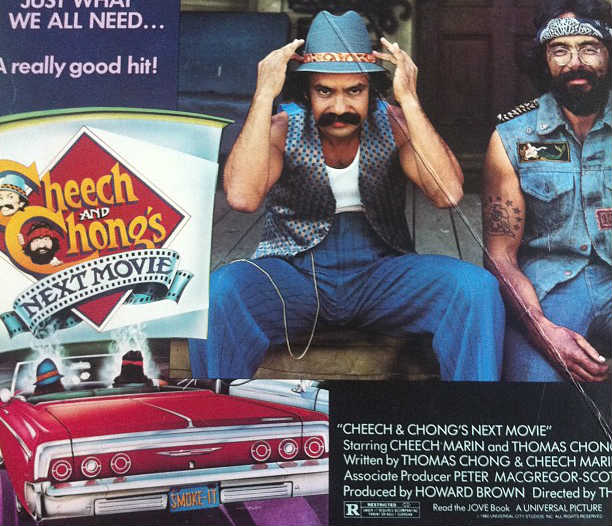 Even though Cheech and Chong are known for being "stoners," they worked tirelessly to release their albums and films. photo credit

In filmed representation, the greatest of all modern propaganda engines, cannabis smokers have been little more than a stock foil for moralizing or comedic relief. Comedy duo Cheech and Chong, the most famous filmic smokers, obviously capitalized off of this perception and spread it, but it feels almost redundant to state that the real-life people who created the epitome of the dazed and confused character were incredible workhorses.

In addition to eight original albums, the duo wrote all of their seven films, and Tommy Chong directed half of them while concurrently starring. Cheech Marin has never ceased to be a TV mainstay. One wonders when they even had time to light up. Somewhere along the line, the meta understanding that it was these very stoners doing a mountain of work to make dumb dooby jokes got lost.

Today, Hollywood is rife with examples of hardworking creativity engines fueled by cannabis smoke.  It’s no longer an industry secret that Seth Rogan’s gentle guffaw hides a ravenous work ethic. But what about the normal folk beyond Beverly Hills? CEOs like Richard Branson and Ted Turner speak openly about their past and current cannabis use. In the years since President Clinton’s infamous lack of inhalation, President Obama’s high school “Choom Gang” is now a well documented part of the history of the American Presidency. Cannabis isn’t keeping anyone from becoming the leader of the free world.

Only with the advent of recreational legalization has the rest of society been exposed to the truth that the modern smoker isn’t getting high to avoid work; they’re getting high to do work more efficiently.

The accountant who buys indica gummies just wants to be able to fall asleep and get a good eight hours before a long day. A long day of what? Work. To that end, indica has largely relegated to the realm of dreams. In any dispensary across the land, you’ll hear that sativa is more popular, because time and time again, people “don’t want anything that’s going to make them sleepy.” They simply can’t afford the down time. 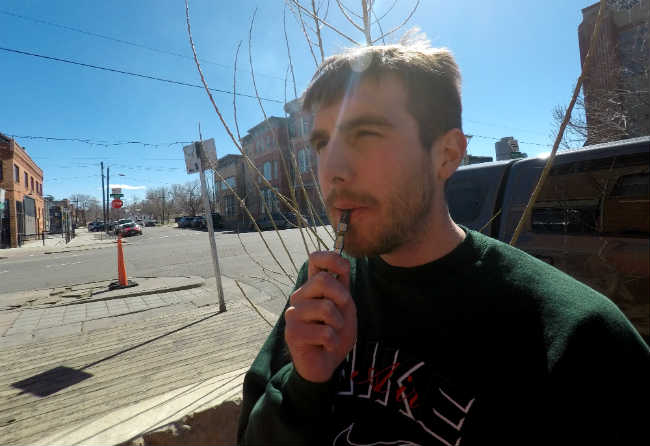 Vaporizers have seen rapid growth in popularity for their convenience and ease of use.

In response, the market has shifted to supply these new actives. Edibles companies like 1906 Chocolates are advertising the shortness of duration of the intended effect. Meanwhile, vaporizers have risen to dominate the market for their ease of use on-the-go. More and more commonly, modern smokers don’t have time for a joint.

What Demographics are Consuming Cannabis?

A recent report by the Center for Disease Control showed that the greatest increase in cannabis consumption is happening in an age group most wouldn’t suspect. For the period from 2002-2014, before widespread recreational availability, those aged 55-64 experienced a 445% increase in consumption.

18-25 year-olds, which most closely match public opinion and cultural depictions of a “stoner,” saw an increase of only 13%, and cannabis use among 12-17 year-olds actually decreased. Teenagers and college students, long lauded as most susceptible to the evils of the Devil’s lettuce, are being out-toked by their parents and grandparents. 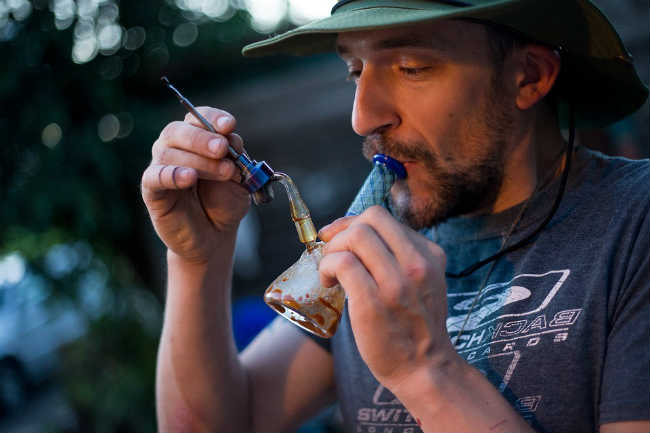 Cannabis consumption is on the rise among the elderly. photo credit

Why might this be happening? A logical match for pain-relieving products, the elderly cannabis explosion might seem like a natural progression of the state of aging in America. However, the link may have deeper connection. In May of last year, Scientific American highlighted a study showing a correlation between THC consumption and increased memory and mental capacity in elderly mice.

For older consumers, cannabis might actively make you less of a “stoner.”  Thus, in a cosmic flip, for the first time in history concerned college students are worried their grandparents might not be smoking enough pot to maintain an active and healthy lifestyle.

It might be a stretch to make too much out of the fact that overall unemployment fell during 2016-2018 and continues to drop as more states legalize cannabis. Of course, there are many mitigating factors affecting the two worlds, but to be certain, the wave of slackers and layabouts that anti-cannabis proponents decreed would sweep the land simply isn’t happening. Across the nation, people are lighting up, and getting down to business.

How do you use cannabis in your everyday life? Do you think consumers can still be productive members of society? Share your thoughts in the comments below. 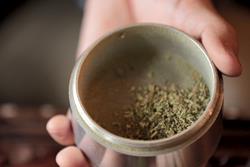 How to Celebrate 4/20 in a Non-Legal State

How to Celebrate 4/20 in a Non-Legal State