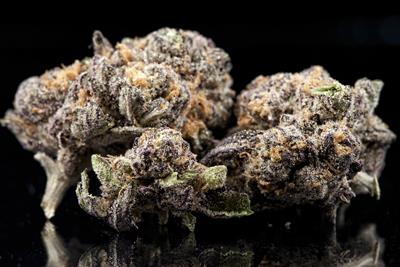 In these modern times of cannabis consumption bad information still runs rampant, and few things in the world of weed have as large a mythic standing as purple bud. This seemingly simple topic can actually be a bit convoluted, starting with, what is purple bud? The short answer is cannabis flowers that exhibit a darker, purple-tinged hue. However, it is not always the shade most people think of as “purple.”


Purple cannabis can be a tricky concept. Just stop for a moment and contemplate the timeless line, “roses are red, violets are blue.” A modern sensibility would correct that the color of violets is none other than violet. Similarly, purple weed is not always “purple.” It can have a wide range of presentation, from dark green to even black.

Why is Some Cannabis Purple?

Consider that what we call a blueberry is also usually quite purple. This is because the very thing that makes blueberries “blue” is the same as what makes purple nugs “purple,” anthocyanins. Anthocyanins are water-soluble pigments present in many plants. Despite the “cyan” in “Anthocyanins” referring to their blue nature, these molecules occur in a range of colors from red to purple to dark blue, or black, depending on pH level. 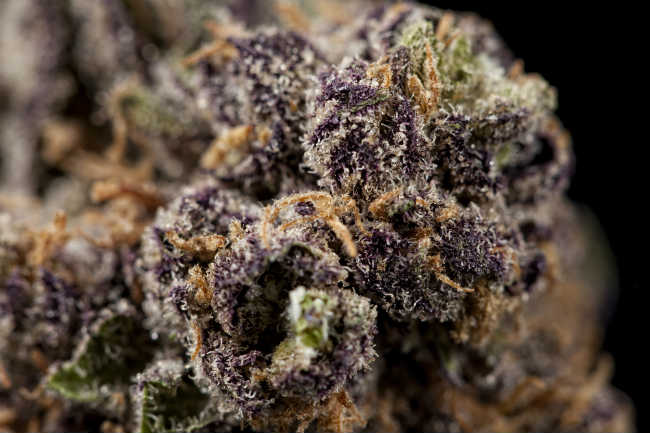 Anthocyanins are responsible for turning some strains of cannabis purple.

Anthocyanins are part of a larger class of substances known as flavonoids, which aside from how the name sounds, have very little to do with flavor (and are astringent to the taste). In fact, the “flav” in flavonoids comes the Greek word for yellow, flavus.

This can be a bit linguistically confusing; a blue-named class of molecules that presents as red or purple is a subset of a class of yellow-named molecules. It begins to make sense when we consider that a complex interaction of anthocyanins and other flavonoids is what causes leaves to change their color among such a brilliant spectrum in the fall. 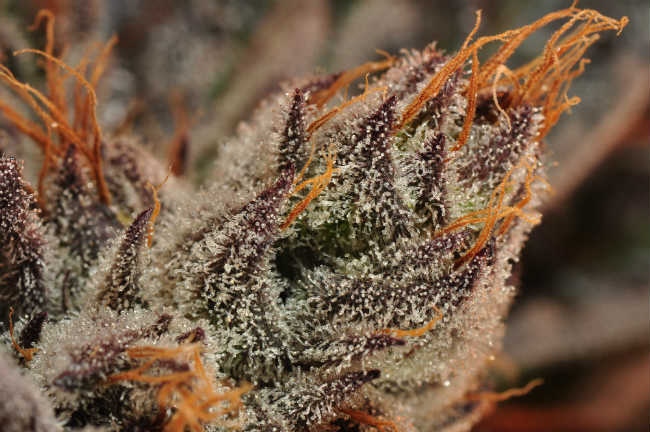 Purple cannabis can come in many different hues and colors, just like the leaves of a tree during fall.

When cannabis presents as purple, we are seeing a similar phenomenon as fall leaves, allowing purple bud to have a wide spectrum as well. Like other plants for cannabis, colors, and changes in color, have purpose. The stressed plant is changing pigment in order to achieve a goal before wilting in the cold, such as conserving energy or increasing chances for pollination.

For cannabis strains, the ability to present darker pigments, and to what degree, is wholly dependent on the plant’s genetics.

Without a predisposition to purpling, a given strain cannot be induced to turn purple. Certain strains will have more naturally occurring anthocyanins than others, and when switching to the “winter” cycle of flowering, will start to express those purple pigments innately according to their genetic predisposition interacting with the unique chemical and environmental factors in which the plant is grown.

Visual appeal aside, is there reason to believe that these royal-toned flowers are better than the green hues more common to the plant? The science leans towards no.

According to the European Food Safety Authority, there is no substantive evidence anthocyanins have any effect on human biology or diseases – though they contain a higher concentration of anti-oxidants, which would theoretically only be beneficial if one were eating buds. There is some minor proven correlation to anthocyanins as an anti-inflammatory, but again, would probably be more active if ingested. Seeking a strain with higher CBD content would be a better source for anti-inflammatory effects than purple hue. 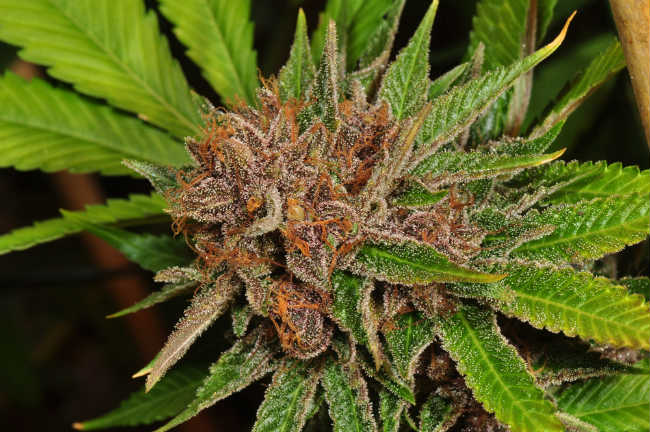 Many purple cannabis contains lower amounts of THC, but there are plenty of purple strains that are quite potent.

In general, purple bud has a tendency for lower THC content than its greener counterparts. That’s not to say high-THC purple is not possible, we’re sure we’ve all seen or smoked an exception to the rule. That is because most purple bud that we see today is not a result of stressing the plant, but genetics.

To better understand this connection, I spoke with veteran grower and concentrate connoisseur Matt Gosling about the popularity of purple cannabis. While purple bud can be fantastic, he explained, it’s usually due to good breeding and genetics, and not much else.

“Purples are memorable. If you have a good high with purple bud, it’s going to stand out. Then if you’re a grower and you have the ability to then reinforce those genetics you’re going to, and it propagates itself from there.”

Anything beyond breeding could detriment the plant. “Any energy the plant spends pushing out that purple pigment is going to be drawn from somewhere else and is going to hurt overall. It’s just not worth risking the quality for a chance a slightly better bag appeal.”

Some people believe that there are growers out there who bring out purple hues by manipulating the plant, however, the prevalence of such practices seems to largely be a myth. I rattled off a list of alleged techniques for inducing purple bud to Matt, such as affecting nutrient levels or flash freezing, and he quickly declared them bunk.

That’s not to say attempts at purpling don’t occur at all, “I’ve seen some people use ice water to do their flush,” he told me, “some other tweaking with light timing, but I don’t recommend any of it.”

In speaking with growers, budtenders, flower reviewers and other cannabis journalists, the consensus among the industry is to treat each harvest as unique–smoke what appeals to you. If the effects of purple strain are appealing, go for it.

Furthermore, no one is wrong to feel that the visual appeal of a flower can enhance the smoking experience. However, ultimately, the mere presence of the pigment is unrelated to the resulting effects. If the flower is good, by all means smoke it, in any spectrum of the rainbow.

What are your thoughts on purple weed? Do you find it to be better than green cannabis? 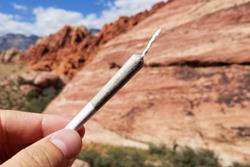 Consuming in New Places: Can a Change of Scenery Get You Higher?

Consuming in New Places: Can a Change of Scenery Get You Higher? 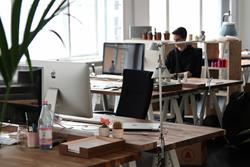