Few people buying cannabis at a dispensary put much thought into the plant growth regulators that may be present in their product. While growers and producers are intimately acquainted with them, there aren’t many on the consumer end that even know what a plant growth regulator (PGR) is, or their role in a flower’s growth cycle. However, a basic knowledge of PGRs is important for anyone who enjoys weed, as there may be potential health risks involved in consuming PGRs in marijuana.

What Are Plant Growth Regulators?

Plant growth regulators are naturally occurring, hormone-like chemicals specific to plants. The function of PGRs is to mimic or inhibit the expression of a plant’s normal growth hormones during its lifecycle. This includes when the plant begins to germinate, when its fruits ripen and drop, as well as the length, width, and shape of the plant’s roots, leaves, and stems.

PGRs have been used in agriculture and landscaping for nearly a century. Depending on the PGR, their use ranges from increasing the number of apples in an orchard to slowing the growth of grass in a golf course so that can be mowed less often.

How Are PGRs Used in Cannabis Cultivation?

For marijuana, PGRs are mostly used to alter the appearance of the buds, increase yields, or make the plant size more uniform for indoor growing. Some growers also claim that PGRs add to the overall health of the plant, making it stronger and more resistant to disease. However, much of the problems with PGRs, especially synthetic ones, come from less than honest growers looking to increase profitability at the expense of quality and consumer health. This is especially noticeable with how PGR manipulated buds appear after curing. 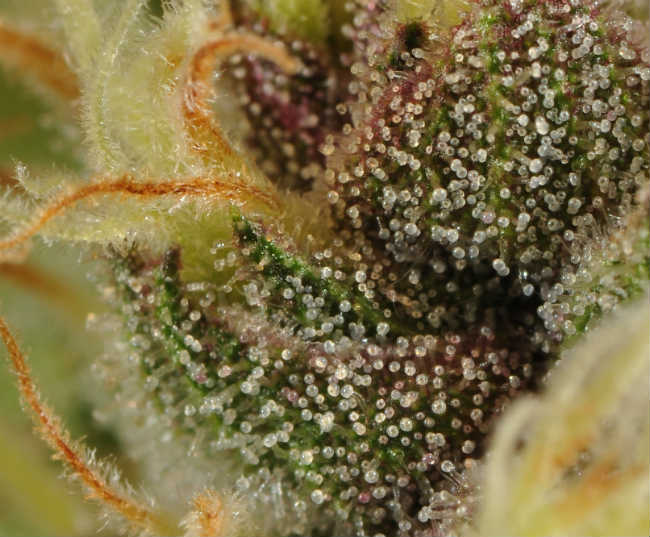 Always look for intact trichomes when selecting flower at a dispensary.

Much like the fashion industry, the cannabis industry has helped to set an unrealistic standard of beauty on their flowers. Dense, tightly packed buds look much more appealing in the package than fluffier, leafy ones. Consumers may also believe that a luxurious coat of orange hairs means a stronger strain overall. Adding PGRs to a plant can also increase the weight of the end product.

Of course, what determines quality in a bud is the levels of terpenes and cannabinoids contained in the plant’s trichomes, not the shape of the bud. Synthetic PGRs also have a large impact on trichome functions as well.

What Are Some Synthetic PGRs?

Besides being potentially dangerous for human consumption, synthetic plant growth regulators also affect the quality of the plant being grown. Some of the most common synthetic PGRs and their effects are listed below.

This PGR retards a plant cell’s ability to elongate. When used on cannabis, this means that the cells pack much tighter and denser on the flower. While this bud may look like a higher value product, Paclobutrazol actually hinders the development of key terpenes in the cannabis plant. This has a much greater effect on quality than just how the flower tastes and smells.

By hindering the creation of terpenes, it affects how well the cannabis functions on a psychoactive level with the user. THC and other cannabinoids bind much less effectively in their neurotransmitters without those key terpenes due to the entourage effect. Of even greater note, Paclobutrazol also kneecaps the plant’s ability to create the compound THC, which most in the weed community would rank as #1 in importance.

Also known as Alar, Daminozide is used by growers to maximize bud yields. It does this by minimizing the growth of stems and leaves so that the plant can put more resources into flowering. However, like Paclobutrazol, this PGR decreases the production of terpenes, as well as cannabinoids like CBD, CBN, and THC. Basically, it severely restricts resin production in the plant overall, meaning fewer trichomes.

Again, the appearance of a denser nug on a dispensary’s shelf comes at the expense of flavor, potency, and, in the case of PGRs, potentially the consumer’s health.

Chlormequat Chloride actually slows down plant growth in certain areas, which in turn helps to encourage flowering. Adding it to plant also can make their size much shorter and more uniform, which makes growing plants indoors a lot easier.

Are Synthetic Plant Growth Regulators Bad for Your Health?

Long story short: yes. Exposure to high doses of synthetic PGRs can be very dangerous to people’s health in both the short and long term. In the late 1980’s, the EPA issued a recall of Alar (Daminozide) for food uses as testing found that it could be classified as a carcinogen in high doses. It’s been banned from human consumption since 1989 and has led to several agricultural recalls. Many synthetic PGRs have been similarly banned as further tests have been done.

The EPA also has concerns that Paclobutrazol might cause liver damage, and may also affect fertility in both men and women. While Chlormequat Chloride has not yet been shown to be hazardous to people’s health, testing is still being done. 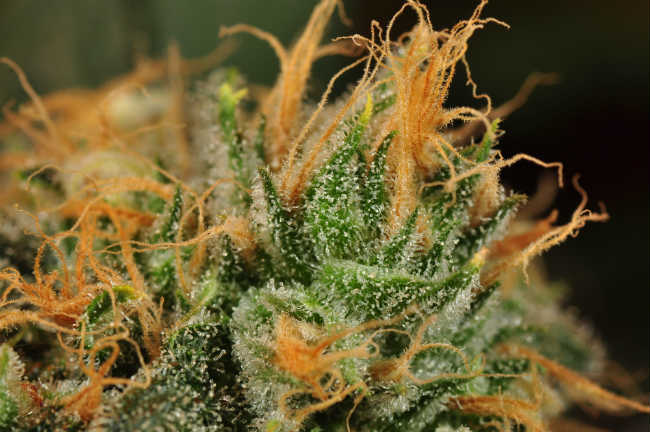 There are several health concerns surrounding synthetic PGRs in cannabis.

Unfortunately, the fertilizers and PGRs used by growers in the cannabis industry are not as tightly regulated as in agriculture. Without a regulatory body overseeing the industry’s standards, unscrupulous growers can use PGRs to improve the appearance of their yields.

Still, even if you’re a heavy weed smoker, you don’t need to run to your doctor for a battery of tests right away. While you should undoubtedly try to avoid ingesting synthetic PGRs, the effects of short term of exposure are not fatal and the amounts in your cannabis are small. You’re at about as much risk from eating an apple with PGRs as you are from the flower you’re smoking through it. But with any potential carcinogen, it’s better to play it safe and avoid it. Over long periods of time, the damage can add up.

How Do I Avoid PGRs in My Marijuana?

The best way to avoid synthetic plant growth regulators is to ask your friendly neighborhood budtender. They should have some idea of their grower’s reputation. You can also call the producers themselves and request information.

If your budtender is uncertain or the producer uncommunicative, there are certain things to watch out for when buying your flower. The first is incredibly dense buds. Of course, dense buds can also be a mark of a master grower, which is why you should make sure they’re also dusted with trichomes. Another option is growing your own cannabis at home with weed seeds.

Interested in growing your own cannabis that's free from PGRs? Click here to purchase seeds and start growing today!

Synthetic PGRs tend to decrease resin production. This means a less sugary bud overall, which also means a less potent one, since it’ll be lacking those necessary cannabinoids and terpenes. The bud may also be spongy and more brownish but lacking a strong smell. Luckily, with a little knowledge and these helpful tips, it can be easy to avoid buying weed grown with synthetic PGRs. Being a conscious consumer in this regard can go a long way – happy consuming!

What are your thoughts on the use of plant growth regulators in marijuana cultivation? Share them in the comments below.