As you may know, the effects of cannabis are a result of far more than just THC and CBD. There are many cannabinoids and terpenes that work together to create the “high” from cannabis that many people know and love. Today, we’re going to focus on one of the more mildly psychoactive substances found in cannabis, cannabinol. Cannabinol, or CBN for short, is primarily found in aged cannabis. In fact, if you have some old, unused cannabis leftover and it seems too dry or flaky to enjoy, you may want to hold onto it a bit longer. It may have high levels of CBN, which is actually a metabolite of marijuana’s popular psychoactive compound, THC. When THC breaks down because of aging or oxidation, it is converted into CBN. Most cannabis flower contains a small percentage of CBN, however, older flower typically contains much higher CBN content.

An Overview of CBN

Found primarily in older, aged cannabis, CBN’s ameliorative effects are often overlooked. However, it is known primarily for its excellent sedative effects, making it ideal for those looking to beat insomnia. In fact, preliminary studies have found that CBN may be a more effective sleep aid than diazepam, more commonly known as Valium. It is also believed that CBN has little to no intoxicating effects. 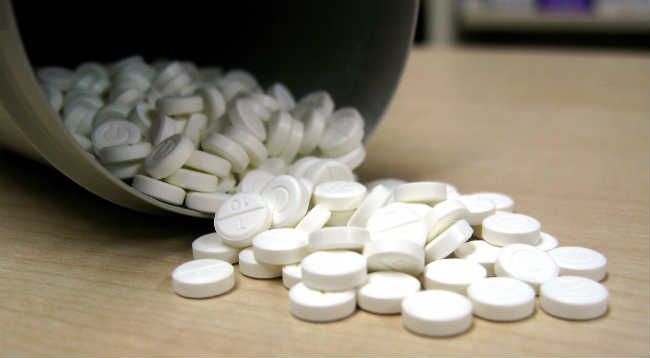 CBN has been shown to be a stronger sleeping aid than some sleeping pills. photo credit

As it turns out, CBN was the first cannabinoid to be identified, when Robert Sydney Cahn was researching the cannabis plant in the 1930’s. Like the other, more well-known cannabinoids, THC and CBD, CBN interacts with the body’s own endocannabinoid system (ECS), a physiological system in the body charged with regulating mood, pain, appetite, and other cognitive functions to create homeostasis, or a state of balance, within the body.

Because CBN interacts with the ECS, it is believed it could have healing effects on several conditions.

Though more than 100 cannabinoids have been identified, the research on most of them is scant or in the most preliminary stages. But so far, it is thought that CBN, in addition to helping with sleep, may be beneficial in several other ways:

Isolated CBN is not as readily available as CBD, for example, but surely it is only a matter of time before you’ll be able to go to the local dispensary to buy a patch, capsule, or oil. Since CBN is a byproduct of THC degradation, finding a strain with anything other than a paltry amount of CBN is a tough go. To find one in your dispensary, be sure to check the label for the percentage of CBN. And remember, even if the cannabis is old and looking the worse for wear, it is likely to be high in CBN.

What are your thoughts on CBN? Have you tried any flower with high CBN content? Share your experiences in the comments below! Medical Cannabis and the 2nd Amendment: Can Patients Own Guns?

Medical Cannabis and the 2nd Amendment: Can Patients Own Guns? Will There Ever Be International Medical Cannabis Reciprocity?

Will There Ever Be International Medical Cannabis Reciprocity?