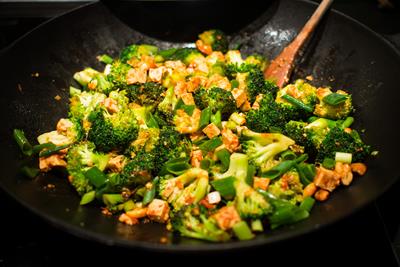 Everyone needs to eat, especially stoners. Although some may opt for chips and other munchies while they’re under the influence of marijuana, there are other delicious options that can enhance your high even more.

So when you’re deciding on what to cook or where to eat out tonight, remember that food is worth more than just a pleasant flavor. In fact, there are some that can take your high to the next level.

Mangoes, like cannabis, contain terpenes that contribute to the strong aroma of the plant. One particular terpene called myrcene is thought to speed up the on-set and extend the duration of a high by aiding cannabinoids through the Blood Brain Barrier more quickly and efficiently.


When mangoes are consumed an hour before a smoke session, myrcene enters into the bloodstream where it binds with various Cannabinoid receptors. These bonds “prime” the receptors thus helping them respond more efficiently to cannabinoids later on.

Marijuana edibles can take a while to set in, but the process can be sped up by consuming nuts along with them. That’s because nuts contain high levels of Omega-3 fatty acids which bind to cannabinoids and help them through the Blood Brain Barrier. With “healthy fats” in the system, a person can therefore become high quicker and stay high much longer.

The high concentration of “healthy fats” in nuts can also protect the heart which is especially beneficial for those suffering from cardiovascular problems. Because cannabis has been shown to slow the heart rate in certain individuals, healthy fats such as those found in nuts and many oils are strongly recommended.

Some herbs (such as thyme, sage and bay) contain the terpene, pinene, a natural bronchodilator that opens up passages in the lungs thus increasing surface level and cannabinoid absorption. In doing so, cannabinoids can pass between the blood and the brain more quickly thus speeding the onset and increasing the duration of a marijuana high.

Other herbs (specifically, those containing the terpene limonene) can counter negative side effects of cannabis consumption by decreasing anxiety, depression and stress. Herbs that contain limonene, including Lemon Thyme, Lemon Basil or Lemongrass, can easily be grown in a sunny windowsill for quick anxiety relief. Black pepper can also help decrease mental stress.

Broccoli contains high levels of the terpene, Beta–caryophyllene, which binds to CB2 receptors in the body much like other cannabinoids. It can work synergistically with cannabinoids by helping to reduce pain, inflammation and depression. Though consuming broccoli alone won’t make you feel high, eating a little right before a mellow indica evening could help lull you into the comfortable high you deserve.

Sweet potatoes contain carbohydrates and B vitamins, both of which have been shown to increase serotonin production in the brain. And because they are low-fat and relatively low in protein, the mood-boosting serotonin can work relatively quickly to turn those blues around. Remember that consuming carbs alongside protein can actually block serotonin production, though, so keep the protein to a minimum.

Sweet potatoes (like pumpkin) also contain high levels of Vitamin E. Because diets that are low in Vitamin E tend to cause feelings of depression, an extra boost of this vital vitamin can help bust the blues and allow you to enjoy your high much more thoroughly.

Black and green teas contain catechin, an antioxidant that can bind with CB1 receptors in the brain to cause feelings of peace and relaxation. When consumed in conjunction with cannabis, tea can improve mood, decrease stress and increase feelings of euphoria.

Smoking marijuana after consuming a few pints of beer is a powerful combination, indeed. Commonly referred to as getting “twisted” or “crossfaded”, consuming marijuana in conjunction with beer can significantly increase a person’s level of impairment.

A recent study published in the Journal of Clinical Chemistry found that those who consumed cannabis in conjunction with alcohol had “significantly higher blood THC” than those who only consumed cannabis. This explains why the “spins” are so commonly reported after a bud/booze combo and further supports the need for extreme moderation when consuming the two together. 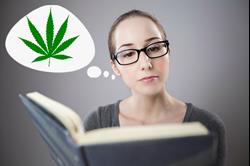 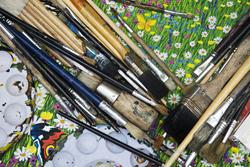