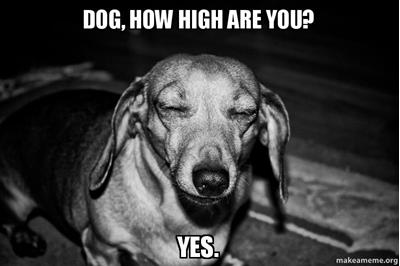 Though it’s technically impossible to die from a marijuana overdose, it is entirely possible to consume too much. The consequences of getting “too high” include an increased heart rate, uncomfortable sensations in the body, paranoia and anxiety. Some equate the experience of marijuana over consumption to that of a panic attack. Treatments for the two are also similar.

What should I do if I get too high?

First of all, don’t panic! When you panic, your heart rate increases, your breathing becomes shallow, your muscles tense up and you may become dizzy or disoriented – and all of this will be amplified if you are high. Besides, there’s nothing to panic about; your body and mind will be fine and the cops aren’t really waiting outside of your hotel room to nab you.

So what can you do when you get too high? Use these tips to help you find your mellow the next time your weed gets the better of you.

People have been indulging – and overindulging – in cannabis for centuries. Scholars from the 10th century have noted citrus (specifically, lemon) as an apparent cure the unwanted effects of THC. Others have suggested using black pepper to easy anxiety and pine nuts for mental clarity.

Focus on your breathing:

One great way to get yourself out of a panic attack (marijuana-induced or otherwise) is to focus on your breathing. This will both ensure that your brain receives sufficient oxygen and help serve as a distraction from the discomfort. A common breathing exercise you can use is as follows: inhale for seven seconds, hold for five seconds, exhale for eight seconds and repeat as needed.

Exercise has been shown to alleviate many of the symptoms associated with an uncomfortable marijuana high. It can help decrease tension, reduced adrenalin and cortisol production (the “stress” hormones) and increase the production of endorphins to boost mood. Plus, it's a great distraction from whatever is ultimately bringing you down.

Figure out a way to distract yourself:

If focused breathing and physical exercise aren’t for you, then just do something – anything – to get your mind off of your high. You could take a nap, watch a movie, listen to chill music or go for a walk in the woods where the smell of nature alone might be enough to pick you back up again.

For those who enjoy the physical sensations of sex on weed, using it at a distraction from marijuana anxiety can be very effective. That’s because sex causes a release of endorphins (the “feel good” hormone) while reducing tension and pain. When engaging in sex with a trusted partner, the benefits are increased to include emotional connections and security which in and of itself can make an uncomfortable high much more bearable.

Just because you’ve had one bad marijuana experience does not mean they’ll all be bad. It just means you’ll have to pay closer attention to your strain and dose for next time. Remember that strains high in THC (very potent Sativa strains, for example) are notorious for causing anxiety while others, specifically high CBD strains, will generally have the opposite effect.

Likewise, high doses of edible marijuana can cause panic attacks and otherwise uncomfortable situations that can last for multiple hours. If your marijuana-induced anxiety is a result of an edible overdose, try cutting your dose down by half next time.

Finally we have over-the-counter options like Mary’s Medicinals Rescue Tonic. The little shooter-sized bottle contains plant-based, clinical-grade nutrients designed to relieve marijuana-induced anxiety in a matter of hours. According to one report, the results are quick and even offer a slight “perk” similar to that of a cup of coffee. CBD supplements can also help ward off any bad vibes caused by too much THC.

Getting too high can be a scary sensation, but it doesn’t have to be dangerous as long as you understand how to deal with it. Use these coping tactics the next time you get too high to turn your bad trip into a much more memorable one.

Do you have a question for Pot Guide? Ask us all of your burning questions either here or on Facebook. 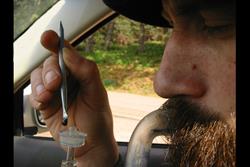 An Inside Guide to Dabbing

An Inside Guide to Dabbing 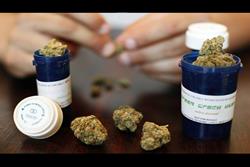