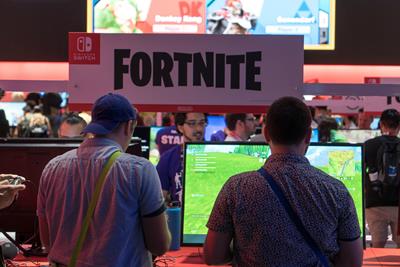 As the most popular game on streaming site Twitch and the most played game on XBOX, Epic Games’ Fortnite is a high contender for most popular game on the planet right now. The Verge even reports that Fornite was 2018’s most important social network. Cannabis continues to be the world’s most popular illicit substance, and in modern times, it feels almost silly to state the obvious fact that video games and cannabis go well together. Many claim Fortnite to be their game of choice for mixing with the pot, and so we spoke with gamers to understand just what keeps the king at the top.

*DISCLAIMER: As possibly the most popular video game on the planet, we recognize that many players under the legal cannabis consumption age enjoy Fortnite. This article and its content is strictly intended for adults 21 years of age and older. Under no circumstance do we endorse underage cannabis use and we encourage everyone to abide by the legal age limits set by their local laws.

It is by now an open secret that Fortnite did not start out as the battle royale hit that it has become, but rather stole the premise from Player Unknown’s Battle Grounds, a more “realistic” shooter. As Bijan Stephens writes for the Verge, “Fortnite stole [the last-man-standing mechanics] and then perfected the formula by making it less technical and more accessible; it won the fight for battle royale’s soul by being bigger, wackier, and just more fun than PUBG’s sterile, militaristic experience. Fortnite became the better game by leaning into goofiness.” 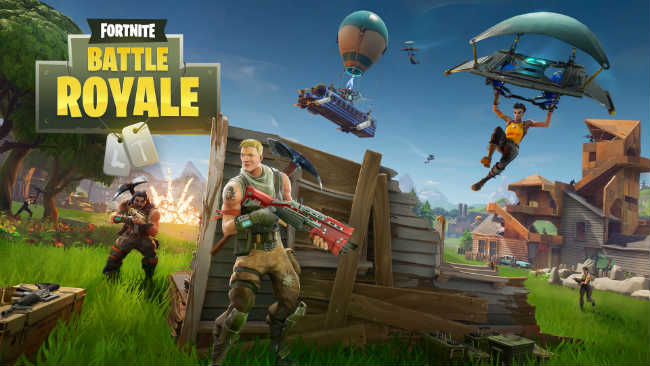 Fortnite leans into goofiness, making it obvious realism is not the goal of the game design. photo credit

And in Fortnite, goofiness abounds. Players start the match by jumping out of a flying bus to then use magical futuristic gliders to take their place on the map. In normal game play, one can use their oversized spatula as a pickaxe to break down a tree, then use the materials gained from the tree to build a ramp to launch teammates at opponents in a shopping cart. To say the least, realism is not a goal of the game design.

The lighthearted tone is an easy match to the sillier side of cannabis. As streamer bdot  (@bdot_tweets) explained, “I think what's good about pot and Fortnite is that it feels fantasy-ish. Pot with Call of Duty is so heavy sometimes. For example, those loud DINGS! when you get shot in the head of COD, can be almost unnerving [when] high. In Fortnite it feels sort of blasé. Less real; more fun.”

Fortnite Battle Royale is free-to-play and available on everything: PC, XBOX, Playstation 4, Nintendo Switch and even smartphones and tablets. By time this article gets published, you’ll likely be able to log in through your toaster (seriously though, Fortnite has even been played on Samsung smart fridges). This wide access combined with a simple objective make the game incredibly easy to get into, and create as much a social experience as a competitive one. “The best thing about the game is playing in real time with real people,” as one gamer we spoke to, Ashlyn, put it.

Though the goal of battle royale is to be the last person standing, the game has team options as well, so you can be the last duo alive, or last group. Silly emotes, dances, and skins further draw the player into the absurdity. Like any good party game, even when losing, it’s easy to still enjoy yourself with friends.

Fortnite fits in perfectly with the social aspect of weed. “Mixing with pot is good because you get less salty and are relaxed. [You can] shrug off losses because your buddy is there to laugh it off,” said bdot.

By maintaining the intense action of a battle royale while reducing the stressful trappings, your brain is able to let go and enjoy the adrenaline rush. For this reason, bdot prefers “definitely a smooth indica” for sessions, along the likes of DJ Shorts Blueberry. Watching someone dance the Carlton over a friend’s downed character is definitely a more hilarious experience to watch than to hear about second-hand, and every match is filled with similar moments. In a game brimming with tense, zany interactions, sometimes the best thing you can ask for is a fellow cannabis-elevated witness to the insanity.

Those who play games competitively describe a very elusive but sought-after state of ideal focus, somewhere between alert and at ease. If you’re too anxious, you’re likely to get in your head and make mistakes; too relaxed, you won’t react in time, letting faster opponents get the drop. For many players, cannabis helps take the edge off, and relax into that ideal state. bdot explains,  “I might take a shot quicker instead of letting them escape if I'm not thinking about it too hard. Sometimes it's those gut feelings in games, that if listened to, end up bringing the Twitch-worthy results.” 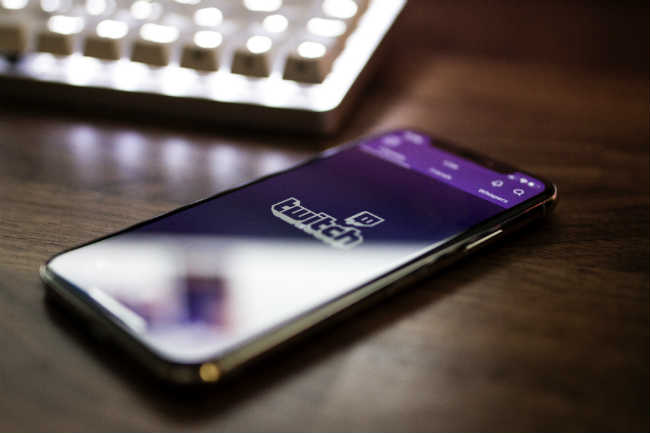 Fortnite is the most popular game on the streaming site Twitch. photo credit

Similarly, Ashlyn prefers vape pens for easy dosing between matches, “it makes me less stressed, Fortnite can kick up some pretty high adrenaline moments and smoking weed helps me to just relax and take it in stride, rather than getting my heart racing or becoming angry when you lose (cause you lose a lot).” For this reason, most players avoid more tense strains like Sour Diesel or Train Wreck during competitive play, opting instead for flow-inducing, euphoric offerings like Strawberry Cough.

The simplicity of the prime directive hides a depth of complexity in both offensive and defensive play in Fortnite. However, it is that amazing spectrum, between making stunning plays and mashing buttons that hides the key to the game’s success, and also what makes it such an enjoyable pursuit with cannabis: the mind is free to be as focused or as lax as one desires, while you run around with friends, shoot things, and take in all the pretty colors.

Have you ever played Fortnite after consuming cannabis? If yes, was it a good experience? Share your experience in the comments below! 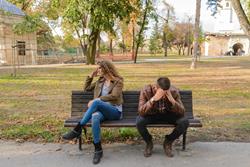 How to Deal With Spouses and Partners that Don't Support Cannabis

How to Deal With Spouses and Partners that Don't Support Cannabis 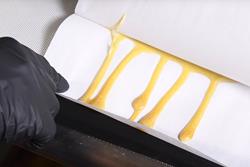