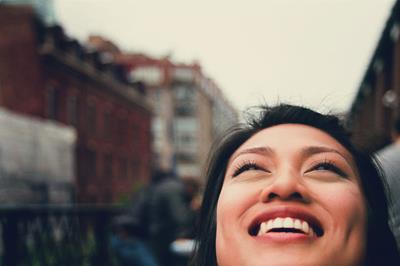 While there are many “stoner stereotypes” that are obviously false (that stoners are lazy, for example. The cannabis industry alone has disproven that one), there are some descriptions of stoners that are absolutely true. One of which is that they love to laugh and will do so often.

But what is it about a stoned brain that makes it so easy to “have a laugh” (which is what the Beatles used to call “getting high”)? The answer could be due to a number of factors.

If you’ve ever felt like you have a little comedian in your head cracking jokes while you’re high, you’re not alone. Many of us notice a humorous twist on mundane tasks after consuming some of that “wacky tobaccy,” which can likely be linked to a phenomenon called “Detached Perspective,” or an ability to see the world from an altered perspective. This term, coined by authors Potter and Dan Joy, suggests cannabis allows us to interpret our surroundings and experiences differently than we normally would, thus encouraging us to see the world in a very Mitch Hedberg sort of way.

Another term for this phenomenon is “divergent thinking,” or the ability to make connections out of seemingly unrelated concepts.

It happens primarily in the right hemisphere of the brain (where cognitive processes like perceiving sarcasm or understanding poetry occur) which seems to get an extra helping of blood-flow during a cannabis high. This is likely one reason cannabis improves creativity for many people but may also be the cause of the sudden giggle fest you and your friends are having, too.

Another theory that could explain why marijuana makes people laugh is the fact that cannabis improves the mood of most of its users. This euphoric effect is one of the most common reasons people choose to consume cannabis and is a natural precursor to a good time. When someone consumes a mood-elevating substance (or exercises or successfully completes a daunting task), our brains release dopamine, or the “feel good” hormone. When we feel good, laughter comes much easier. This is also why cannabis can help treat depression and reduce pain perception in many consumers.

Many of us know that laughter is contagious (as are yawns) but may not realize the extent to which the demeanor of other people affects us. For example, when someone around you is stressed or angry, you may develop symptoms of stress as well. Likewise, if someone near you is joyous, you may likely share in their celebration. This happens because of mirror neurons which fire in the brain when we observe – and are empathetic to – the actions and experiences of others. Researchers suggest that these mirror neurons may be biologically responsible for feelings of empathy (and perhaps even autism) and may have played a key role in the development of language, as well.

Knowing that laughter is contagious and that cannabis consumption is largely a communal activity, it makes sense that when you and your friends are getting high together, you’ll be more likely to catch the laugh bug if your friends have it, too. It’s one of those one-person-laughs-so-everyone-else-laughs sort of things.

Not only does marijuana make it easier to laugh, but it may reduce our sensitivity to negativity, as well. According to a 2012 study published in the Journal of European Neuropsychopharmacology, men under the influence of THC were less likely to be affected by negative images (angry faces) than they were positive ones (happy faces) compared to the control group. As stated in the report, “After THC administration, performance accuracy was decreased for stimuli with a negative but not for stimuli with a positive emotional content” suggesting that cannabis makes us more prone to positive thinking even when being ”faced” with negativity (get it??).

Cannabis and Laughter is a Powerful Combo

Cannabis’s medical potential is well-documented and has even been shown to reduce opioid dependency, which is a growing epidemic among Americans. It can also be used to increase focus, improve sleep and treat many mental illnesses, making Mary Jane an excellent thing to have in your total-health toolbox. Additionally, when we consider the fact that marijuana makes us laugh, we realize just how powerful of a combo it is. That’s because laughter itself is great for our health!

Here are just a few reasons laughter is good for you:

Anyone who’s ever been high or even been around someone who is high knows just how easily laughter can come to a stoned mind. And though science is vague in regards to why exactly that is, many speculate a number of factors including more abstract thinking patterns, increased dopamine production and reduced sensitivity to negative stimuli. But whatever the reason is that marijuana makes us laugh, I’d say the side-effect is well-worth having. 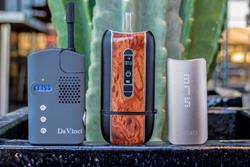 Vaporizer Innovation and the Future of Cannabis Technology

Vaporizer Innovation and the Future of Cannabis Technology 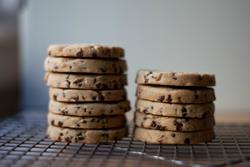