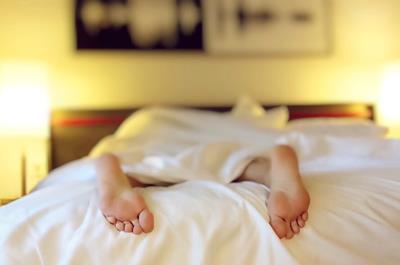 Many of those opposing marijuana reform insist that legalization would inevitably lead to a zombie apocalypse of sorts – a nation of lazy stoners who can’t find the motivation to get off the couch and get a job. Though the fear of a lazy stoner society is supported by articles and “research” backing the notion that heavy marijuana use causes laziness (a.k.a “Amotivational Syndrome” or AMS),  a closer look at the research shows us that this isn’t necessarily the case.

What is Amotivational Syndrome?

“Amotivational syndrome” is characterized by a diminished desire to achieve goals. It often accompanies feelings of apathy, lethargy and depression. It can make it difficult to feel pride or satisfaction due to a reduction in dopamine production over time.

There is still debate about whether or not AMS is truly a medical condition. Some speculate that heavy marijuana use could lead to AMS while others point out that the occurrence is very rare and occurs with non-users as well, hinting at the possibility of other underlying conditions like depression.

Does Cannabis Cause Amotivational Syndrome?

Early research suggests that chronic, heavy use of marijuana could cause a decline in motivation, but the studies were small and didn’t account for other variables like a predisposition to depression. Nevertheless, opponents of marijuana reform continue to cite these outdated studies as reason enough to avoid legalization.

The U.S. Department of Health and Human Services has written a letter to parents warning of the dangers of youth marijuana consumption stating that young users are more likely to drop out of school and develop AMS. Though the document clearly states that AMS may or may not be caused by cannabis consumption, the assumption that it might is pretty clear.

Even if AMS is real, it only occurs in a handful of situations and those situations are not limited to cannabis consumption. According to a study published in the journal, Psychology of Addictive Behaviors, a survey of 237 college students found that only 5.6% of regular marijuana users developed symptoms of AMS; another 6.2% of non-users and 6.3% of occasional marijuana users also reported symptoms.

In a 2005 study published in BioMed Central, 1300 adults (ages 18 – 81) completed a survey on motivation and life satisfaction. The results showed little difference in motivation levels between marijuana users and non-users. The study did, however, find that daily marijuana users were slightly less likely to satisfied with life, though the difference disappeared when after removing medical marijuana users from the equation. Since medical marijuana patients often report high levels of pain, nausea and other physical difficulties, low life satisfaction among this group is likely due to their medical condition and not their treatment method.

So What Does Cause Amotivational Syndrome?

Assuming that AMS exists, it is likely caused by a number of different things (excessive drug use, eating, or sex, for example). According to Dr. George Simon, AMS is most likely born through addiction. Be it cannabis, pornography or even video games, those who have developed an addiction to instant gratification are more likely to experience symptoms of AMS due to an increased production of dopamine. When dopamine, the “feel good” hormone, is produced with little effort, motivation to accomplish long, drawn-out tasks to achieve the same feeling diminishes.

Unfortunately, excessive use of instant gratification sources can cause a reduction in natural dopamine production, a problem which is exacerbated by the fact that the number of dopamine receptors tends to be reduced when activated too often. To compensate, the user must use more of the substance just to experience the same lift in mood. Thus, it is the cycle of addiction that may cause AMS symptoms, not cannabis itself.

We’ve all heard the lazy stoner stereotype, and some have even gone so far as to give it a medical term. However, the notion that heavy marijuana use could inevitably lead to a clinically significant drop in motivation has been disproven time and time again; chronic cannabis use does not cause a drop in motivation, and the success of the marijuana movement proves it.

Do you think marijuana causes a drop in motivation? Why or why not? 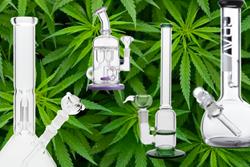 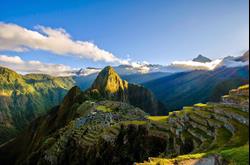