There are challenges to overcome in every relationship. Your partner could be a Democrat and you’re a Republican. They could only like to watch horror movies while you like romantic comedies. They could believe the Earth is flat while you restore antique globes. And sometimes, they just don’t dig the cannabis plant the same way that you do. Most differences can be overcome in a relationship with a little bit of effort, and your preferences on marijuana consumption don’t have to be an exception. As we’ll discuss below, there are plenty of ways to navigate a relationship with a partner who doesn’t enjoy weed.

First off, if your partner has a strong stance against smoking pot, be open and honest about your consumption right off the bat. Starting off any relationship under false pretenses is a recipe for failure, and shouldn’t be done unless you’re an international spy and they know the whereabouts of the thermonuclear device/biological weapon’s disarming code. 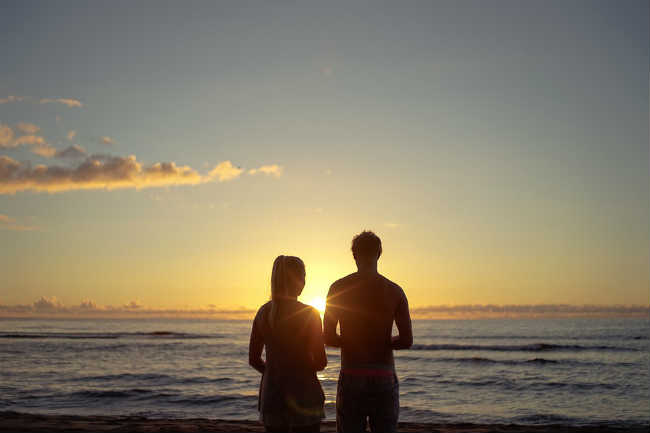 Honesty truly is the best policy in any relationship, so be honest about your consumption from the start. photo credit

Communication is a cornerstone of any relationship. Once you’ve been honest with your partner about your cannabis consumption habits, the next step is to ask about why they have a negative view of it. Sometimes it’s as simple as they can’t indulge due to work restrictions. They might be active military, work for the federal government, or operate heavy machinery, and one failed urine test could end their career.

Another common reason your partner may have for not indulging in cannabis is the belief that it saps people’s drive and motivation. People don’t put the phrase “Lazy burnout” in their Tinder profiles for good reason; it’s a rare person that’ll swipe right on that. The best way to help your potential partner get past this concern is to not let smoking weed keep you from spending time together. Going out with your partner while stoned, indulging in their interests with them, and keeping up your end of the conversation goes a long way towards showing them that a little cannabis isn’t a hindrance to your daily lives together.

It’s also important to establish that you can be stoned without being a “stoner.” A good way to maintain that balance is to have a life outside of marijuana.

If someone can only talk about one interest in their lives – whether it’s smoking weed or their dream of taking their cats bungee jumping – it’s a red flag for any potential partner. Finding common ground on marijuana is another helpful step. Share with your partner what you like best about pot. Find out what they use to unwind or enhance their daily lives. Maybe they do yoga, or drink beer, or meditate. Whatever your reasons, reaching an understanding about why you smoke weed can diffuse a lot of your partner’s worries.

Finally, be open to their opinion if they’re worried that you indulge too much. There’s a difference between consuming cannabis often, and smoking weed too much. Sometimes it takes another person’s perspective to tell the difference. You don’t have to quit smoking because they ask you to, but being willing to listen and modify your habits can go a long way towards making your relationship work.

Give Cannabis a Second Chance

Unless it’s a moral issue, a common reason why people may not smoke weed is that they had a bad experience with it early on. Maybe they didn’t like how much it made them cough. Maybe they ate that second brownie before the first one kicked in (and we all know how that goes.) If this is the case with your partner, ask them why they don’t enjoy pot and gently suggest that they try it again. There are plenty of ways to enjoy cannabis and finding out what they didn’t like about it the first time makes it easier to suggest alternatives. If they don’t like inhaling weed or want to keep their lungs pristine, sharing a low dose of edibles or tincture is always an option. If they overindulged and had a bad time, start out small and see where it takes them.  If they’re worried about anxiety or paranoia, a high-CBD product might help them relax and enjoy the experience more. 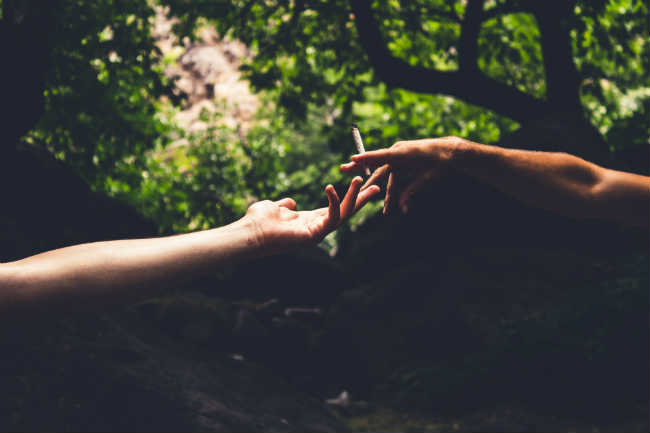 Asking your partner why they don't enjoy pot and gently suggesting they try it again could ease them into the idea of adding marijuana into their lives or accepting its space in yours. photo credit

Whatever path you pick, showing your partner that there’s more to the plant than taking bong rips and eating brownies could ease them into the idea of adding marijuana into their lives, or accepting its space in yours. If they remain firmly against partaking, respect their decision to abstain as much as they respect your decision to do the opposite. Making your partner feel stupid or judged for not liking the thing you like – whether it’s weed, video games, or writing Great British Bake-Off slash fiction – is a great way to end up single.

Out of Sight, Out of Mind

If your partner has come to terms with your need for weed but still doesn’t like being around it, sometimes a “See No Evil, Hear No Evil, Speak No Evil” approach can work best. There’s nothing wrong with heading outside for a “walk,” going to the garage to put on some “music,” or just finding a well-ventilated room for some “quiet time.”

If the smell bothers your partner, vaping is a great option for partaking in your pastime without coming back smelling like the inside of Snoop Dog’s tour bus.

Concentrates are much less odorous than flower, but if you are a diehard fan of consuming the herb in its original form, a dry herb vape might be a good compromise. It won’t fully eliminate the smell, but compared to a nice bowl or bong rip it’s downright stealthy.

When it comes to relationships, compromises are always going to need to be made. However, as long as you treat each other with respect, communicate openly, and are willing to share in each other’s lives, there’s no reason that smoking a little herb should come between you. And if the relationship doesn’t work out, because of pot or some other reason, don’t worry. There’s plenty of other fish in the sea, and many of those fish love weed just as much as you do.

Do you have any experience dating non-consumers? Share your stories, tips and tricks for making it work in the comments below! What is Lipid Pneumonia? Exploring Why Concentrate Quality Matters

What is Lipid Pneumonia? Exploring Why Concentrate Quality Matters