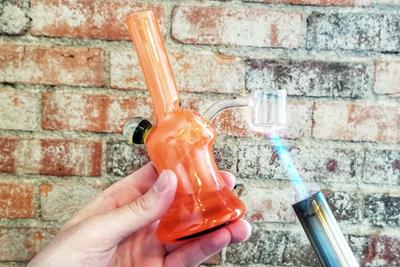 While scant evidence supports the claim, early findings suggest that there are, indeed, harmful ways of consuming cannabis. Now, this evidence does not confirm the risks associated with smoking flower, but rather in dabbing – namely high-temperature hits. The potential risks are not scaring off consumers from taking high-temp dabs, however. Despite the possible health concerns it may bring, groups of dabbing enthusiasts like scorching their concentrate for one reason or another. With further research required, the cannabis industry continues to evolve rapidly. With cannabis concentrates and dabbing at the forefront of recreational usage, the health concerns around high-temperature dabs are only heating up.

Are High-Temperature Dabs Harmful to Your Health?

Initial studies indicate that dabbing at high temperatures could lead to health concerns later on. A 2017 Portland State University studied toxicant formation in dabbing. The study found that high temperatures could expose users to potentially dangerous cancer-causing chemicals such as methacrolein and benzene. More so, the study found that the difficulty consumers face with controlling their nail temperatures only heightened the risk.


The study pointed back to terpenes and their rapid introduction to products across the market. The researchers noted an oxidative liability when terpenes are heated. However, most of the attention was focused on e-cigarettes using terpenes.

While many circles of consumers seem to understand that higher temperatures result in additional carcinogens, the study does confirm such assumptions. And though one study is far from conclusive, it does give the first bit of confirmation of the troubling trend. The findings in the study should serve as the foundation for future studies and one such suggested analysis in the reports should center on the degradation of cannabis extracts in both dabs and vaping. 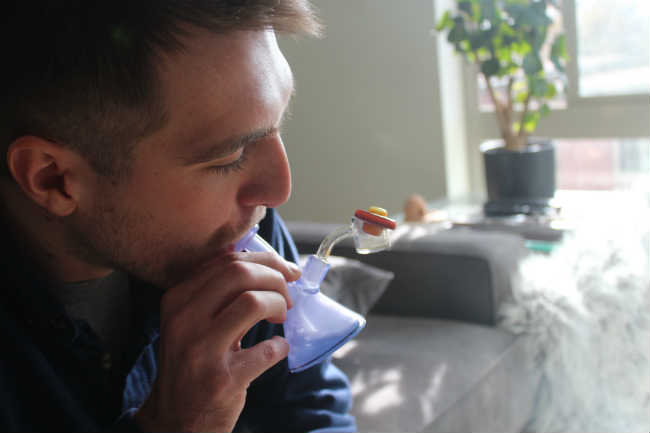 While more research is needed, initial evidence shows high-temp dabbing to be dangerous.

We may not know the outcome of such studies yet. However, with cannabis technology rapidly changing, the emergence of some dangerous technology could be an outcome. Certainly, this provides a pause for concern. Like any other evolving industry over time though, this concern can be corrected with proper regulation, oversight and studies. That day may come with Canada legalizing cannabis and Israel stepping up its research. Conversely, until the United States opens its laws for further research, the cannabis community could remain behind in its critical findings on topics such as this.

Why Consumers Go High Temperature? What is an Alternative?

Despite the potential health warnings, some cannabis consumers continue to insist on high temperature dabbing for a series of reasons. In some corners, they still hold on to the notion that concentrates are void of plant matter and therefore safe to consume at any levels. In other cases, they do not want to “waste” their concentrates and have them pool up in their bangers. In the case of the latter, changing that opinion shouldn’t be so difficult with a proper lower temperature dab.

Unfortunately, a lot of people often give up on perfecting a lower temperature dab because of the variability in nails from quartz to glass and beyond. This outcome is unfortunate as most are much closer to perfecting the dab than they may have thought. With a bit of trial and error, you can discover your dabbing temperature judging largely off the heating times of your nail or banger and the color of your concentrate once your dab is complete. 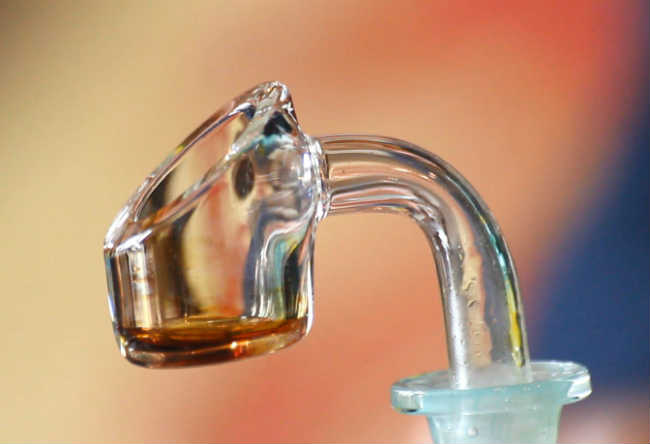 Example of a perfect low-temp puddle.

In our low-temp dabbing primer, we broke down how heating your nail to about 800°F before cooling down to 350°F to 400°F is the most effective way to vaporize cannabinoids and terpenes for a clean hit. If the puddle left behind turns black rather than a golden brown, it means that you need to go back to the drawing board, er, dabbing rig for a cooler hit.

The introduction of e-nails has also changed trial and error in dabbing. Instead of going off color and torch times, an e-nail will heat your nail to approximately th exact temperature needed for a proper dab. Purists in dabbing have voiced their displeasure with the changing tide. However, like the introduction of technology to sports, we’ve learned that upgrading for modern times often cuts down on costly mistakes despite the few new complaints it introduces.

The Benefits of Low-Temperature Dabbing

Remember that while dabbing is supposed to give you effective highs you otherwise may not reach, they should also live up to the legacy of an aromatic experience as well. When torching your concentrates to extreme temperatures, you are cutting down on a small cleaning window while sacrificing the flavors and effects cannabis is supposed to give you.

At the risk of sounding like Ol’ Man Pot Smoker over here, hold on to the spirit of cannabis consumption and enjoy the flavor profile of a strain. You’re likely to enjoy the effects much more without putting yourself at any risk of exposure to toxicants and carcinogens. Happy dabbing!

What are your thoughts on high-temperature dabbing? Share them in the comments below! 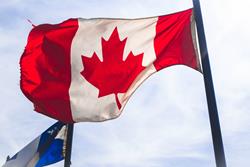 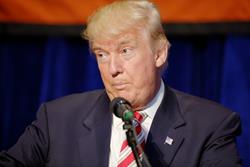