In past articles, we've detailed how President Trump appeared to support cannabis legislation. However, with the President's volatility and penchant for changing his mind on topics, all bets were off when it came to the final outcome. Developments out of the administration this summer now suggest that the cannabis industry may want to prepare for a potentially sizable pushback from the federal government in an effort to counter the rising cannabis sentiment and use.


Recent news out of Washington suggests that negative information surrounding cannabis is in high demand at the White House. With multiple federal agencies involved and a volatile administration leading the way, no one is sure what’s to come. While some remained unphased by the news, its details have given enough a reason to pause for alarm.

In late August, BuzzFeed reported on the Trump administration's Office of National Drug Control Policy (ONDCP) summer efforts to tap into federal agencies in the U.S. for a joint effort to push back on the changing climate surrounding cannabis in the country.

In what is being called The Marijuana Policy Coordination Committee, 14 federal agencies, in addition to the DEA were instructed to deliver its “data demonstrating the most significant negative trends” about marijuana and the “threats" associated to it.

BuzzFeed reports that one memo complained of unfair media bias which supported cannabis consumption. The same memo spelled out what departments were expected to submit, such as "...the most significant data demonstrating negative trends, with a statement describing the implications of such trends.” While President Trump recently appeared to support states' rights over the matter, the far-reaching effort suggests that, once again, his administration is not falling in line with the leader’s promises to the public and lawmakers. 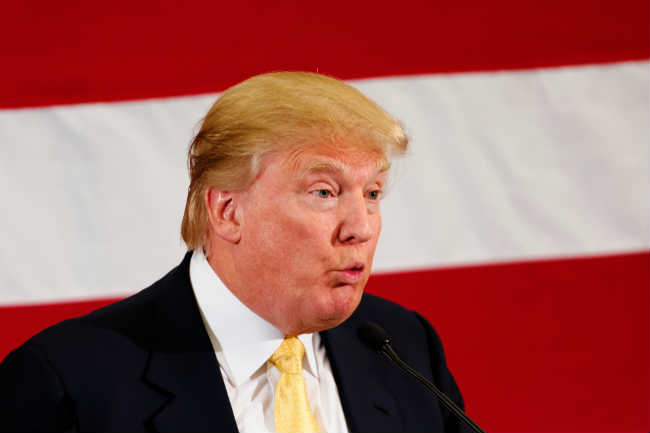 It's unclear what Donald Trump thinks about cannabis reform at this point. photo credit

When asked about the matter, the White House answered that it was part of the President's policy crafting process. That said, with only negative information gathered, this does appear to show that the administration is looking to turn back or at least counter the current public sentiment on cannabis use. While this may not lead to policy reform or rollbacks, with Trump's knack for twisting and maligning facts on Twitter and through the press, no one can be certain as to what could come from this one-sided fact-finding mission the federal government is embarking on.

A week after the first order, further demands came down. They asked for two-page bulleted fact sheets which highlight threats and issues related to cannabis. Additionally, agencies were asked for stories that illustrate the areas of concern around use and how it posed threats to each department. When BuzzFeed asked for comment, "a number of" agencies declined to comment, though none denied the committee's existence.

Should the Cannabis Industry Worry?

Despite the Nixonian-like desire for negative cannabis information, Keith Speights of Motley Fool doesn't think investors need to worry – which likely bodes well for legislation as well. To use one of the President's earlier grammar flubs, Speights thinks the administration's efforts will flop bigly. Speights leads off by reminding folks that the directive did not come from Trump but rather the ONDCP and its leader Jim Carroll. He goes on to note that ONDCP head is someone far out of the President's orbit of influence. This likely leaves Jeff Sessions as the leading voice in the anti-cannabis camp near Trump, and the President seemingly hates having him around. 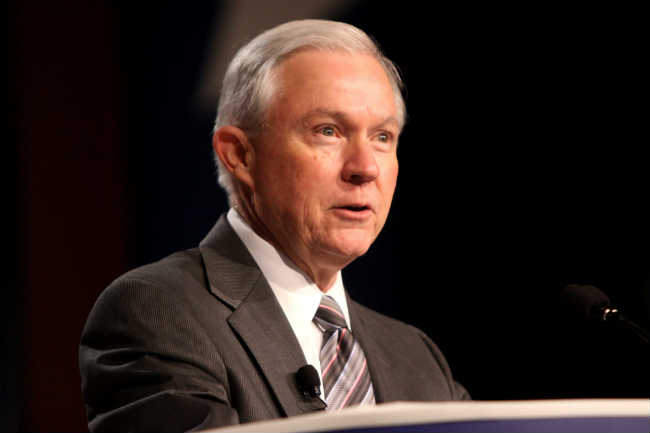 Furthermore, Speights goes on to point out the glaring fact most have already highlighted: this is a terrible political decision. While the President has made a reputation for himself by stumbling into awful situations, even he seems to understand how much the people and businesses want cannabis reform to continue. Lastly, with the leak of the committee, Speights adds that the validity of this report is likely to fall on mostly deaf ears.

Colorado Senator Cory Gardner also believes nothing will come of this. After the news leak, Gardner reaffirmed his confidence in Trump's promise to, "probably will end up supporting [the STATES Act], yes.” Gardner's communications director said in a statement that, “There seems to be a lot of interest in these storylines going around about how staff are trying to manipulate the President or to work around his firmly-held policy positions – including the position he’s held since the campaign that marijuana policy is best left to the states."

Trouble at the Canadian Border as Well

In an unrelated yet still concerning shift, the U.S. government does appear to be cracking down on cannabis coming into America. In this case, it is the actual people associated with Canada’s cannabis market. When speaking to Politico, a U.S. border official told the outlet that Canadian entrepreneurs could be denied entry into the U.S.

However, the official, Todd Owen, told Politico “Our officers are not going to be asking everyone whether they have used marijuana, but if other questions lead there — or if there is a smell coming from the car, they might ask,” adding that “If you lie about it, that’s fraud and misrepresentation, which carries a lifetime ban." Owens added that working in the industry is grounds for denial into the U.S., meaning that scores of Canadian entrepreneurs in a legal market may need to avoid the U.S. or lie and risk the consequences to get in for conferences, events, meetings and possibly even personal trips.

The actions of The Marijuana Policy Coordination Committee and the federal government provide us a reminder that the fight for legalization is far from over. While President Trump has signaled his likely support for cannabis in the past, we are far from certain that will be the eventual outcome. Though most appear unphased by the latest news, it would be wise to keep the name of the committee fresh in minds and checking on its latest developments in the months to come. While it all may lead to nothing, we all know what the government likes to do with “facts” and cannabis.