Hawaii legalized medical cannabis in 2000 through Act 228. However, Act 228 only authorized qualifying patients to either grow their own cannabis at home or have a caretaker do it for them.

The state decriminalized possession of small amounts of cannabis in 2019 with the passing of HB 1383. Under the new bill, possession under three (3) grams is punishable by a fine of $130.

Patients and caregivers with a valid Hawaii medical marijuana card may possess up to four (4) ounces of "usable marijuana." It should not be broken down into less than one (1) ounce bags or containers, otherwise the police will consider it "intent to distribute." Selling marijuana is still illegal, even for legal patients and caregivers, and transportation of marijuana is still a grey area in the law. It is implied that patients will need to at some point take their medicine with them, but carrying it in public places is still prohibited. Therefore, it is strongly advised that you only carry what you need, keep it in an airtight container, and keep it in the trunk of your car when driving, if possible.

Though Hawaii's initial medical marijuana regulations did not allow for edibles, state legislature passed House Bill 2097 in 2020 to allow for certain edible preparations. Baked goods and candies are not allowed, however the state permits pills, lozenges and drinks. The new bill also allowed for more preparations of cannabis topicals.

Pursuant to Hawaii’s Smoke Free Law, consumption of cannabis is not allowed in public places, whether they are inside or outside. Medical cannabis consumption must be done so by qualified patients within a private residence out of public view.

The risks outweigh the benefits when it comes to driving under the influence of cannabis. Always consume safe, responsibly and within the confines of the law.

Transportation is a very tricky issue in Hawaii. On the one hand, medical use of marijuana is defined in state statute as, "the acquisition, possession, cultivation, use, distribution, or transportation of marijuana or paraphernalia relating to the administration of marijuana to alleviate the symptoms or effects of a qualifying patient’s debilitating medical condition.” Then, in a further statute prohibits the medical marijuana cardholders from possessing marijuana, "In a school bus, public bus, or any moving vehicle; in the workplace of one’s employment; on any school grounds; at any public park, public beach, public recreation center, recreation or youth center; or other places open to the public."

That being said, the Hawaii Supreme Court sided with a patient in State v. Woodhall where a patient was found in possession of one ounce of marijuana at the Kona International Airport (Island of Hawaii AKA the Big Island). He was charged with promoting a detrimental drug. The court in Woodhall acknowledged the contradiction in the statute and called on the state legislature to remedy it (which it did not), and recognized that card-holding medical marijuana patients would be in virtually constant violation of the law in this regard.

The legislature did make a change to the law after the Woodhall case: Inter-island transport of marijuana is now expressly prohibited. Therefore, even though medical marijuana patients may possess up to four ounces of marijuana or manufactured marijuana product (concentrates, edibles, etc.), it may not transported from one island to another.

Registered patients and caregivers may grow an "adequate supply" of medical cannabis. However, said supply may not exceed ten plants and must be grown at one singular location identified on the patient's medical marijuana card. Medical cannabis may be cultivated at the following locations:

Nearly all Federal land in Hawaii is a military base or a National Park. The bases are highly secure and it is near impossible to enter one without the appropriate clearance. Consuming or cultivating cannabis on Federal land is illegal and can come with some steep fines.

Always grow and consume your cannabis on private property out of public view.

Hawaii allows out-of-state patients (OSP) to apply for reciprocity for a maximum of two 60-day terms per year.

Applications are completed online and accepted from any patient with a valid medical cannabis registration card issued by another U.S. state or territorial or District of Columbia government. Patients must have valid government-issued state ID or driver’s license from the same U.S. state or territory or District of Columbia* with the same name on the medical cannabis registration card.

Lastly, the OSP must be certified in their “home” state as having one or more debilitating medical conditions identified in Hawaii State Law. See qualifying conditions above. More information on Hawaii’s reciprocity program can be found here.

Hawaii does not allow cannabis delivery.

*Legal Disclaimer: This article is not meant to serve as legal advice and is for informational purposes only. Laws and regulations are always changing. Therefore, if you have any legal questions regarding Hawaii’s medical marijuana laws you must consult with a licensed Hawaii attorney. 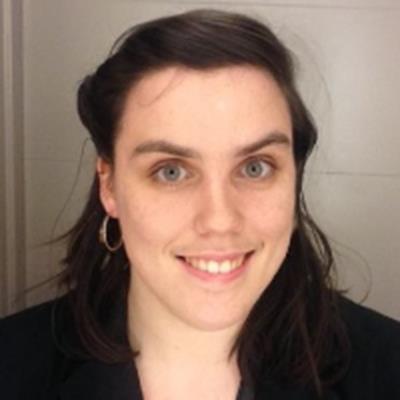