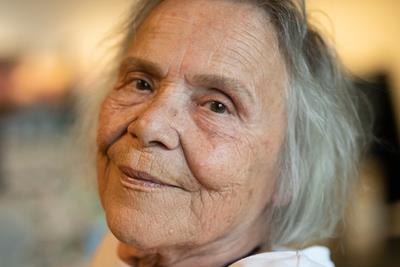 When it comes to cannabis royalty, Mila Jansen deserves her title of the “Hash Queen of Amsterdam.” One of the most influential people in cannabis, Mila invented the first solventless hash processing machine. She has served as a mentor to modern hash pioneers like Nikka T and countless others through personal teaching and annual “Dabadoo” hash makers gatherings.

PotGuide sat down with Mila to discuss her incredible travel stories, the inspiration for the Pollinator, and her views on modern day hash. 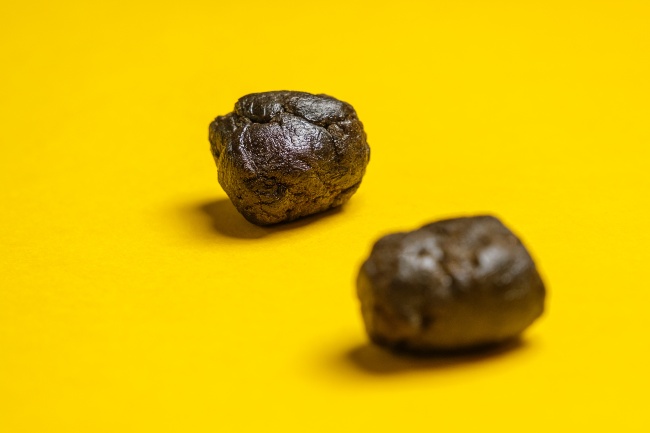 Hash from Pakistan is some of the first hash that Mila, the hash queen, tried back in 1964. photo credit

[Paul Barach]: You smoked your first joint back in 1964. Who introduced you to hash?

[Mila Jansen]: My boyfriend. He was studying medicine and wanted to see the effect of someone who was smoking hash. In those days you couldn't even get weed in Amsterdam. You went down to the harbor, where hash would be brought in by the sailors from Turkey, Iran, Pakistan, and Africa. You bought it by the matchbox-full in those days. Rolled my first joint and I remember a short time later I was just lying on the floor rolling with laughter. It was love at first toke. (Laughs)


[PB]: How long were you smoking hash before you moved to India?

[MJ]: Maybe four years. I'd started a boutique, which we turned into a tea house. It became a collecting point for travelers. There were people coming from the East, bringing hash and even some dropouts from the Vietnam War bringing LSD. So it was a very nice place to hang out. The police didn't like it and tried to close us down. That's when I decided to hitchhike with my daughter to India.

[MJ]: First we went up to Mazar-i-Sharif to the north of Afghanistan, and had some wonderful experiences there. They were the culture for hash, in those days. It was way ahead of any other hash you could score in Pakistan or Nepal. Afghani was the best. 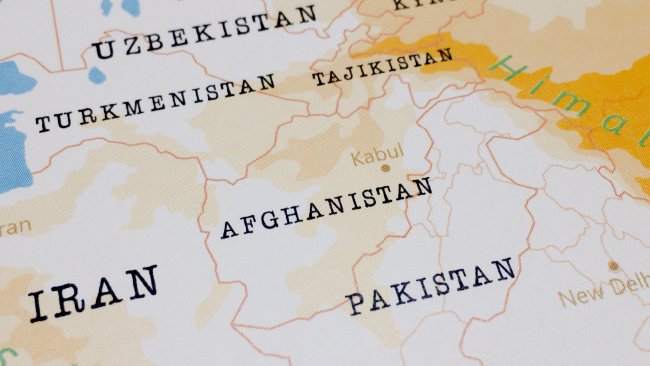 Mila spent a lot of time in Afghanistan and found her favorite type of hash, Afghani. photo credit

[MJ]: They have been making hash for thousands of years. It was very fruity and got you high.

[PB]: Do you have any fun adventures to share about getting to India?

[MJ]: We were going from Manali to Lai, which was 500 kilometers. Permission to cross the border had just been granted, so I think we were just about the first ones to make that trek. They gave us a ride on a truck and we're sitting there smoking some bidis. And my daughter, who was just learning to read, said, "What does that mean? Die. No. Mite?” And it turned out, the truck was really carrying boxes of dynamite. (Laughs). We banged on the back door for the driver and yelled "stop, stop." We jumped out even before the truck stopped.

[PB]: So 14 years in India, what did you learn about hash making?

[MJ]: I had some very good examples in Afghanistan where I saw it being made. They sifted it over cloth. And then up in the mountains in India, we used to just make “charas,” which is a whole different process. They rub their palms along the buds and in the end your hands are full of hashish. You scrape it off and then you get to smoke it.

[MJ]: At that time it was full of coffee shops all selling weed. But growing and selling weed to the coffee shops was illegal [and still is]. But I had four kids to feed, and they always wanted three meals a day, those damn kids. (Laughs) So I grew quite a bit. There were no books I could get a hold of, so the only thing I could fall back on was my knowledge of plants and when they look healthy and when they don't. 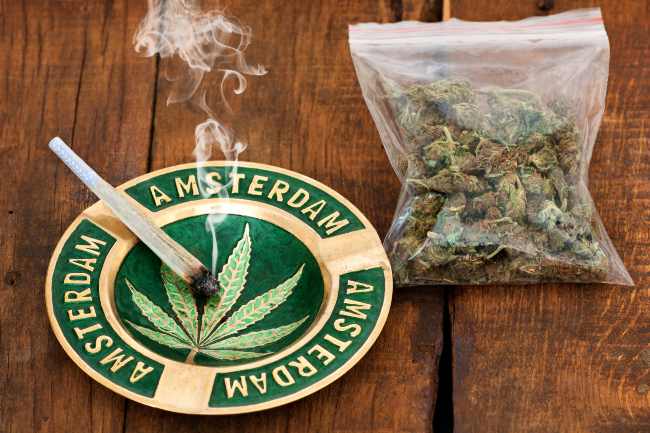 The Dutch are very inventive about growing in greenhouses because of the bad weather. We built our own home systems. We made hundreds and hundreds of clones. At one point I had 13 gardens all through Amsterdam, the largest being this big greenhouse of 24,000 plants. Then it got busted and I suddenly realized, "What the hell are you doing? You got four kids sitting at home." So I stopped.

[PB]: How did you come up with the idea for the Pollinator?

[MJ]: [Because I had so much material] I started off making my own hash over a flat screen and waffling the leaves so that slowly the crystals fell off. Then one night I was standing in front of the clothes dryer and saw those clothes tumbling inside.

The next day we got one and took out the heating unit and tied a screen just around the drum to see what would happen. We threw a bunch of dried material in and yep, all the crystals started falling down. So that was the beginning of the Pollinator, the first mechanical system to separate the glands from the rest of the plant material, and the beginning of my company. I wanted to get away from growing weed and do something more straight.

[PB]: What other products have you invented?

[MJ]: I also came up with the Ice-o-Lator, the bag system. I think from my background of having the boutique and everything, thinking of cloth [instead of the failure-prone plastic devices] was not such a big step. 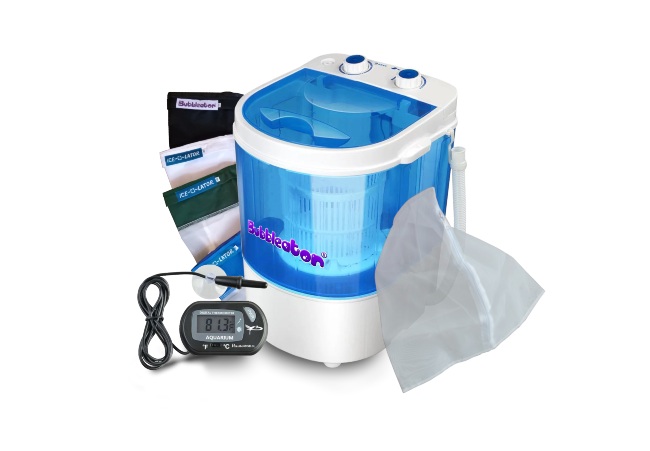 And the Bubbleator. The washing machine was invented to get your dirty socks clean. So [I realized] if you fill the washing machine with icy water, [trichomes] are the dirt and it washes them off the plant in an expert manner. Pass the runoff water through some screen bags, then you catch the crystals.

[PB]: Wow. The laundry room has really been your Thomas Edison.

[MJ]: (Laughs) That's probably why some guy could never have thought of it. They're not doing enough laundry.

[PB]: How have you seen hash change since you began and is there anything you miss about the old stuff?

[MJ]: Well over here in Amsterdam, the quality is not all that much different from the old style. But every time I go to America there is something totally new. Lately everybody is loving all this fresh, frozen stuff so much.

According to my older techniques, if you chop a plant when all the crystals are still white, it isn't mature yet. It's in the last weeks that the crystals grow and that many of the terpenes form and even the cannabinoids. When I do try and smoke fresh stuff, it's always a very short, intense high. I'm sure that's what people like about it, but it's not my thing. I prefer the one that's cured. Just a bit more mellow flavor and effects.

[PB]: How do you prefer to smoke your hash? 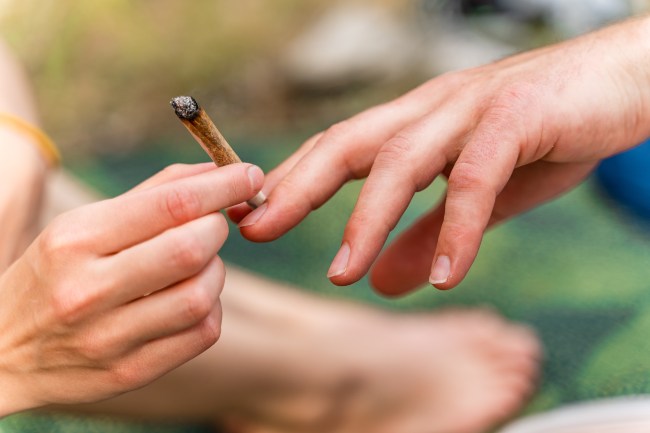 [MJ]: I've smoked spliffs for nearly 55 years now. I always used to think I was a recreational smoker till I realized I reached the age of 77. Now I've realized it's been my medicine all along. (Laughs)

[PB]: Thank you again for speaking to PotGuide.

[MJ]: I enjoyed speaking to you, and to all those people who are reading this, I love you. Have a good one. Stay high. (Laughs)

Mila Jansen’s book Mila: How I Became the Hash Queen is available on her website.

What kind of hash do you enjoy? Have you ever tried Afghani, Lebanese, or Moroccan hash before? Let us know in the comments below! 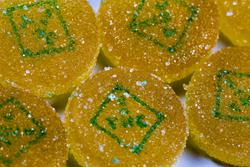 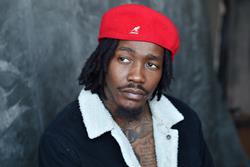