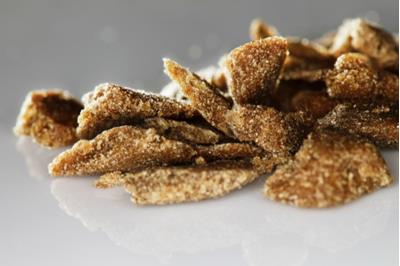 For cannabis consumers looking for an unadulterated terpene profile with their concentrates - or for those worried about the health effects of lingering solvents such as butane – bubble hash has become one of the most popular choices on the market.


Also known as water hash or ice water hash, bubble hash has a sterling reputation for purity in both terpene profile as well as the cognitive experience when it’s consumed. Since its introduction into the cannabis community, fans of bubble hash have been singing its praises for the euphoric, uplifting effects that are so clear-headed that they sometimes border on the surreal.

How to Consume Bubble Hash

There are many methods for consuming bubble hash to choose from. It’s purity and strength makes it an incredibly versatile concentrate that can be used on its own in pipes or vaporizers, or added onto flower as a topping to increase potency. It can also be consumed by sprinkling it onto fresh food, or cooking it up in oil.

Below are some of the more popular consumption methods for bubble hash:

A little bubble hash goes a long way, so you can just press it down onto a fine screen and smoke it out of a one hitter, a bowl, a bong, or a hash pipe. Be sure to cycle the flame on and off the hash rather than pulling on it directly. Once it’s cherried you will get all of the terpene flavor of the hash without the taste of lighter fuel mixed in. 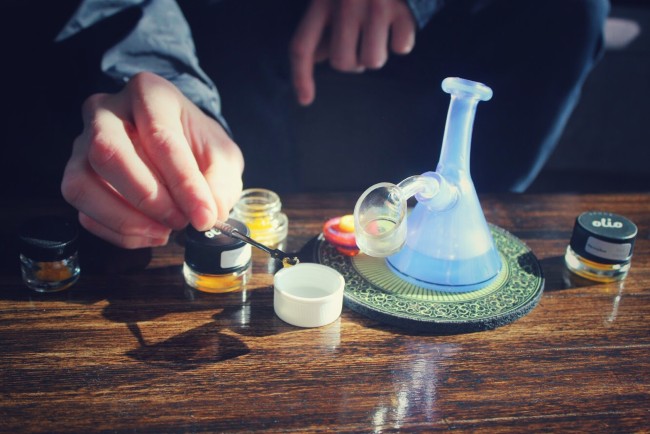 Much like any other concentrate, bubble hash can be used in a dab rig or vaporizer. Be sure to use full melt so that it doesn’t leave any residue or carbonize. If dabbing, simply hit it with the nail like normal. If vaporizing, spread it onto the coil and inhale as usual.

The great thing about bubble hash is that it adds onto any weed you’re using, whatever the quality.

Sprinkling a little bubble hash onto a bed of weed in your pipe or bong is a great way to kick your experience into high gear. Once your bowl is cherried, the bubble hash will vaporize without having to add any more flame. Then inhale and enjoy. 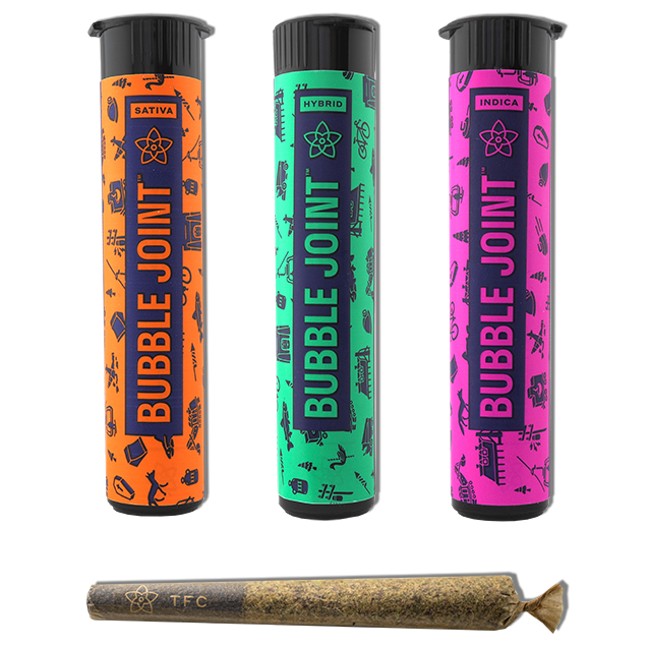 Pre-roll bubble joints can also be purchased at the dispensary. photo credit

When you’re rolling up a blunt or joint for you and your friends, sprinkle some granules of bubble hash on top of your flower before closing up the paper. (It’s recommended to have a crutch or a filter, which will make the air flow easier and the flower burn hotter). Once it’s all rolled up, spark it up like normal. The bubble hash will give your joint or your blunt that extra kick, taking you to terpene flavor-town and beyond.

Why Is It Called Bubble Hash?

Bubble hash gets its name from its extraction method, which involves filtering trichomes through micron screens known as bubble bags. Some people have also claimed that the name actually comes from the hash’s tendency to bubble when being consumed until evaporating into nothing.

How is Bubble Hash Made?

Bubble hash is extracted by agitating the plant matter in an ice water bath, usually after the foliage has already been frozen. This method knocks off the resinous trichomes (the mushroom-shaped, cannabinoid and terpene-rich structures on cannabis) from the plant matter. Denser than the surrounding water, the trichomes then sink to the bottom of the bath.

After being filtered through micron screens, the resulting concentrate resembles granules of raw brown sugar (kind of like what you get at the nicer coffee shops). 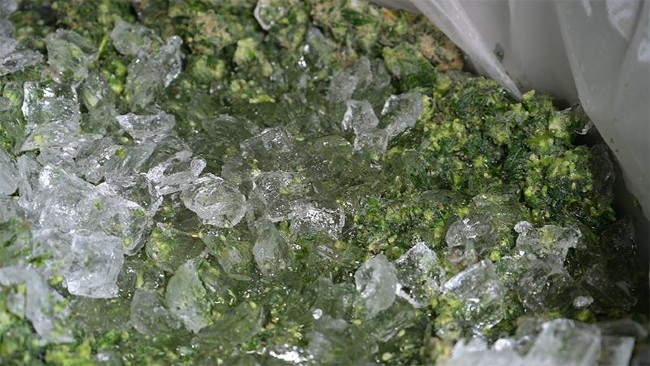 The ice water helps to knock off the trichomes. photo credit

These sticky, tannish-to-brown granules are then dried (either through air or freeze-drying), microplane-sifted and collected. Sometimes you will see bubble hash pressed into one ball, also known as a temple ball.

The quality of bubble hash is determined by both the plant matter used and the micron-widths of the bubble bag screens which filter the trichomes, resulting in a start quality system from one to six. Read more about bubble hash quality star rating here.

Generally speaking, lower tiers of bubble hash come from trim processed flower or second washes. The resulting hash is usually darker in color, less pure, and harder to burn. This is due to extra additives contained in the trimmings. While some companies do make a high quality bubble hash using trimmings by focusing on filtering out the trichomes, these products are few and far between. 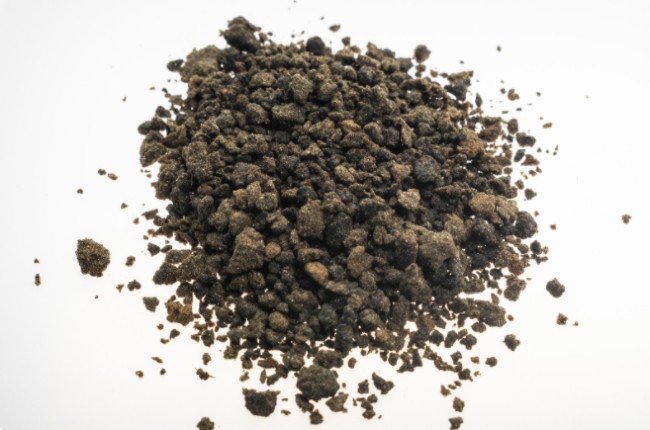 The micron screens used to process the trichomes also make an enormous difference in the quality of the bubble hash. Larger width screens will let through more compounds alongside the trichomes, resulting in a darker and less pure product.

Smaller screens will only allow the trichome heads to pass through. This creates a much purer product that leaves no residue once it’s been consumed. Only by using this micron width can a processor create full melt bubble hash.

Bubble hash is a popular solventless concentrate that has been a staple in modern cannabis for decades. It is lauded for its smoothness, purity, taste and effects, offering an experience that’s not quite like other concentrates.

Is bubble hash the same as kief?

They are similar, but they are not quite the same. Kief generally refers to the collected trichomes that come from grinding your weed. It is essentially a form of “dry-sift” hash, as it goes through a micron screen and is collected only through agitation. Bubble hash is also collected trichomes, but it is typically harvested using water and ice. Both products are harvested trichomes, though kief is usually of lower quality.

Bubble hash is considered a solventless concentrate because it only uses water, there are no chemicals used in its creation. If you want to be incredibly technical, water is a solvent, and is considered the “universal solvent,” however, for the purposes of discussing concentrate, it’s considered solventless.

What’s your favorite way to consume bubble hash? Let us know in the comments below! 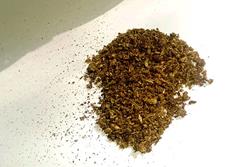 What is ABV Weed?

What is ABV Weed?