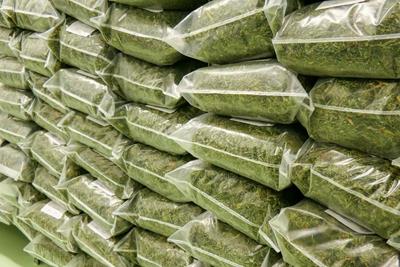 Long before the days of legal cannabis, and not so long ago, weed mostly got into the U.S. the old-fashioned way, through the cunning work of drug smugglers. There are still some supplying cannabis to the shrinking illicit market, but not in the numbers that were seen twenty or even ten years ago.


Many people have smuggled illegal weed, but only a few have really stood out. Here’s a look at the biggest cannabis smugglers in history.

It is believed that Forcade used drug money to start the groundbreaking cannabis counterculture magazine, High Times, in 1974. Shocking and provocative, especially in Nixon’s America, High Times followed Playboy’s highlight of a centerfold format by publishing a sensuous spread of marijuana instead of naked women. Forcade is considered the father of cannabis journalism, whose work with High Times brought cannabis into the public eye.

Forcade, revolutionary and incendiary as he was, received a degree in business administration from the University of Utah. He served in the Air Force for a short time, where he learned enough aviation skills to smuggle drugs from Colombia and Mexico into the U.S. 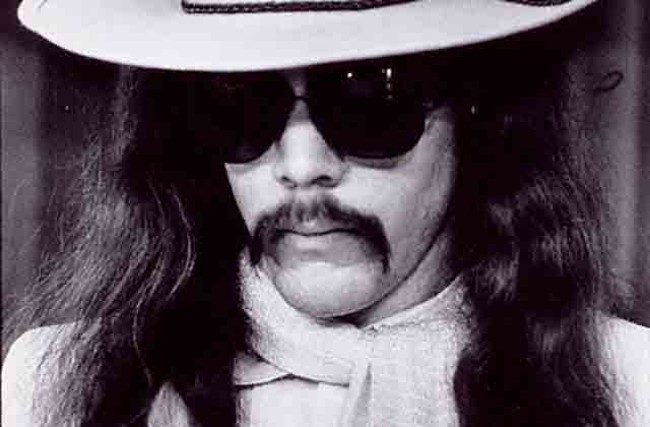 High Times was regularly under federal surveillance through the 1980’s, though Forcade was never arrested for smuggling.

In 1978, Forcade killed himself with a gunshot to the head after the death of his close friend, Jack Coombs. Forcade was reported to have manic depression, something he dealt with his whole life. To celebrate him and honor his passing, friends of Forcade gathered on the roof of the World Trade Center and smoked joints containing his ashes.

Mr. Nice, aka Howard Marks, grew up in Wales and started selling hashish while a student at Oxford University studying nuclear physics. At his peak, he worked under 25 separate businesses to launder money, 43 aliases, and moved hundreds of tons of cannabis.

Marks became entangled with organizations from all over the world, including a senior member of the Irish Republican Army, the CIA, the mafia, and the British spy agency, M16. Eventually, the U.S Drug Enforcement Administration (DEA) caught up with him, and Marks served seven years in prison. 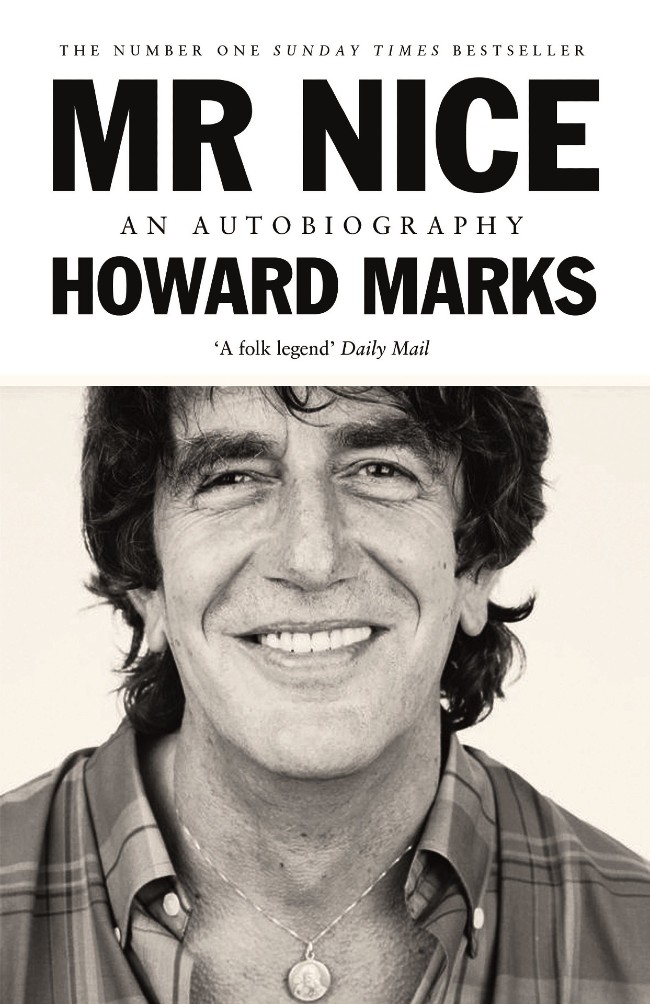 After his release in 1995, Marks published his autobiography, Mr. Nice, and appeared in movies, television shows, and albums, in addition to having a film, also called Mr. Nice made about his life. Marks married a woman named Judy, though it is unclear whether the relationship survived his incarceration or if he had any children. Before his death from cancer in 2016, he campaigned for the legalization of cannabis in the UK, and has a strain named after him, Mr. Nice (G13 x Hash Plant).

Joaquin Guzman, called “El Chapo” (the shorty) because of his small stature, is no Mr. Nice. He was the leader of the brutal Sinaloa cartel, and is believed to be the most powerful drug trafficker in the world, as well as the biggest drug lord of all time. With some small hint of fateful irony, following his 2019 conviction, he is now serving a life sentence in Colorado, the birthplace of legalized cannabis in America.

He is also wily and ruthless. Discoveries from his trial include allegations that Guzman personally shot, tortured, and interrogated some his enemies, and ordered one man buried alive. 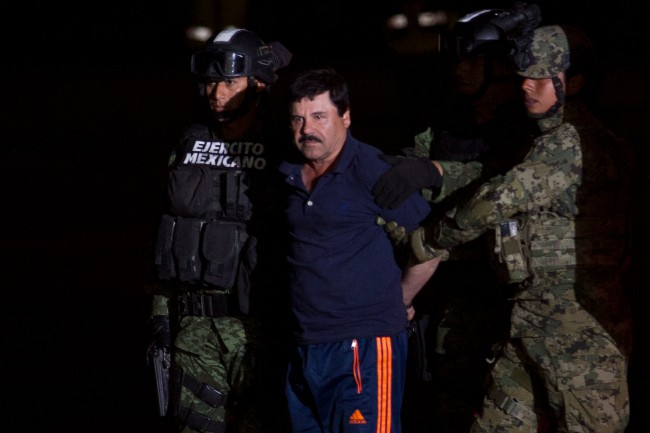 The Sinaloa Cartel, who he managed to control even while imprisoned, controls around 40-60 percent of Mexico’s drug trade of methamphetamine, heroin, cocaine, and marijuana, which they moved through intricate tunnel systems, often in massive amounts. Guzman is believed to be worth more than $1 billion, and has appeared on Forbes’ World Billionaire List and Most Powerful People List.

This race car driver from south Florida is also a convicted drug trafficker. An upstart and untrained racer, he won the SCCA Southeast Regional Championship in a Porsche 356 Speedster in 1980. Later, he placed tenth in the Indy 500 and took the Rookie of The Year Award in 1987, boasting the fastest qualifying time for a rookie, beating the previous record set by racing legend Michael Andretti.

In 1978, shortly before he began racing cars, he started smuggling drugs. His involvement with cannabis began as a consumer at the age of 14, and he started dealing while still a teenager. By the age of 20, he had made enough money smuggling to purchase an $18,000 speed boat, which he later used to smuggle a ton of cannabis out of the Bahamas. Eventually, he and a business partner, Ben Kramer, acquired a 65-foot trawler that could haul 18,000 pounds of cannabis. 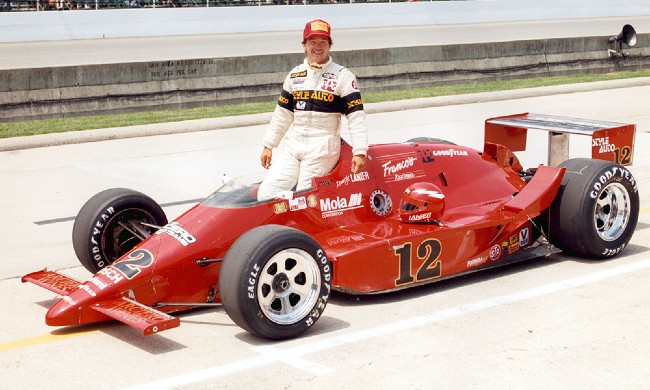 As Lanier’s racing success grew, so did scrutiny of his means of financing it, and the FBI began to investigate Lanier, Kramer, and an additional partner, Eugene Fischer, who were now running a multimillion dollar smuggling empire. A week before the Michigan 500, two others associated with Lanier’s smuggling were arrested, implicating Lanier directly. Shortly after, at the Michigan 500, Lanier’s car had a blowout, sending him careening into a wall at the speed of 214 mph, breaking his femur. He was arrested shortly after. In 1988, and sentenced to life in prison, though discharged in 2014. Lanier returned to the track in 2015, driving for Rally Baby Racing.

Rapid advancement of cannabis reform around the world may mean that the days of illegal cannabis smuggling will come to an end in the not-too-distant future, or at least shrink to a niche role, the same way that our current news cycles are no longer dominated by stories of illicit beer and liquor smugglers. Those figures have been relegated to the realms of fiction and history, where these famous and infamous smugglers will likely someday follow.

Who is the biggest marijuana smuggler in history?

To date, El Chapo Guzman is considered the most prolific in history, however, like most things, it’s a topic of fierce debate.

Tom Forcade, who was also known to have worked as a smuggler, and likely founded the magazine using illicit funds.

Who is Mr. Nice based on?

Both the autobiography and biopic titles Mr. Nice, cover the life of Welshman Howard Marks. 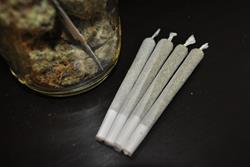 Pre-Roll Joints or Hand Rolled Here's How to Decide

Pre-Roll Joints or Hand Rolled Here's How to Decide 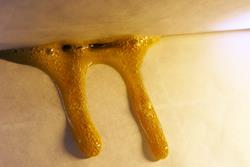