If you’ve ever wondered why marijuana seems to slow time down, you’re not alone. We’ve all been there those first few times getting stoned. You’re sunk into the couch next to your friend. The remains of a bowl are still wafting lazily in the air and you’re lost in thought. Suddenly you remember that you have to run that errand this afternoon. But you’ve been here for what seems like half the day already. You’re so late, you’d be surprised if the sun is still up.

You look at your phone screen for the time. It’s only been 20 minutes?!?!

Being the deep thinker that you are – especially now that you’re stoned – you begin to wonder what’s going on? Did you fall through a wormhole? Did you enter a deeper level of Inception and you forget what mission Leonardo DiCaprio told you to accomplish? Were you abducted by aliens and returned to the couch with your memory wiped? If you were, would your friend believe you? Or are they in on it too? You look at your friend. They’re eating cereal, possibly to throw off suspicion. However, your friend is probably experiencing the same surprise you are while looking at the clock. It’s a given that smoking weed sometimes makes time drip past, and other times fly by. But why? Where does all that internal time go?

How Does Cannabis Influence Time Perception

The truth is, at this moment, no one really knows why cannabis impacts our perception of time so heavily. As with most things involving marijuana’s effects on the human body and mind, definitive research studies are few and far between. It will probably remain this way into the near future for a very basic reason; until federal prohibition of cannabis ends, there aren’t a lot of studies being funded that allow researchers to give illegal drugs to people for free. This is despite the wide, wide pool of test subjects that would sign up in an instant for a study like that. (You know, for science.) 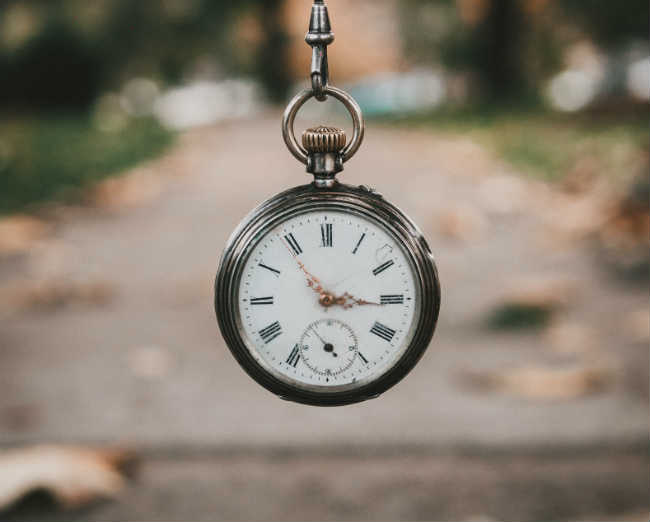 There isn't much research on cannabis and time perception just yet. photo credit

The few studies that have been conducted offer a tantalizing glimpse into the inner workings of how we measure time, and how cannabis affects it. In one such study measuring time estimation in human subjects, it was shown that the phenomenon is not just anecdotal. Researchers gave students THC intravenously, then provided them with distracting tasks such as counting the number of letter Bs that appeared on their screen in a randomized series of letters. The test subjects were then asked to estimate how much time had passed. An overwhelming majority of test subjects guessed that more time had passed than the time that was actually recorded.

However, the study also found the time overestimation effects were blunted in subjects that smoked pot more frequently. So, we know that it is happening, but the why is still unclear. One theory that’s showing some promise revolves around the regions of your brain that regulates sleep and wake cycles, the “internal clock” known as your circadian rhythm. This biological process controls when you go to bed and when you wake up, but also when you get hungry and a couple more basic functions. Your circadian rhythm is housed in a region of the brain called the suprachiasmatic nucleus (SCN).

In a study on mice brains and circadian rhythm, researchers discovered that the SCN neurons have endocannabinoid receptors – where the molecular spaceship of THC docks into the space port of your neurotransmitters.

The scientists speculate that THC also causes the same neurons in humans to over-fire. This would mess with our internal clocks, which is what might cause the surprise when we look at an external clock. While these results seem promising, there’s just not enough known about weed and its effects on the brain to get any real answers.

So, why is it that heavy cannabis consumers seem to be less affected by the time overestimation effects? Is it because their SCN neurons get used to the THC, therefore they stop over-firing after repeated exposure? If this is the case, would a frequent consumer of marijuana experience the same time estimation problems if they took a tolerance break from the herb? Or could it be that regular weed smokers just get used to having to tell time when stoned, since it’s essential to being a functioning cannabis consumer in society? 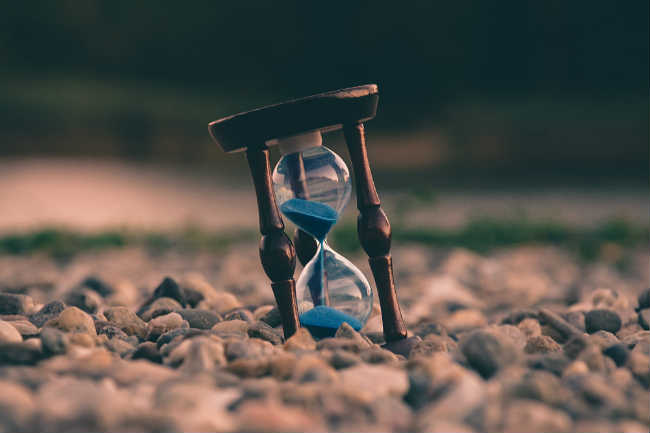 There are many ideas as to why time perception is affected less in heavy consumers. photo credit

Of course, a couple of studies can’t cover the experience of all marijuana consumers. Some frequent consumers report feeling time stretch out every time they smoke weed. Others have even reported that some strains speed up their perception of time, making those clock hands twirl past. Maybe it isn’t related to your time-telling neurons at all. One could speculate that being stoned does make it easier to daydream or focus in on one idea, sparking your creativity and letting your thoughts run away with you. It could also be that being stoned affects your short term memory, letting time skip past.

Tips For Keeping Track of Time While High

Whatever the actual cause, if you find yourself experiencing some trouble with time after consuming cannabis, don’t worry about it. Lean into it and think of all the things you can do with those extra moments. You’re just like Adam Sandler in the movie Click, but it’s even better because instead of a magic remote control you’re stoned and you don’t need to learn a lesson about family at the end.

Think of all the benefits of slowing down time and getting lost in the moment. Make that movie into feature length or fall into that video game. Get into the sexy times with your partner. Toss a Frisbee or kick a soccer ball in the park with your friends. Take some time by the water. Or sit back and really get into that album you haven’t listened to a while. Let those good times roll. 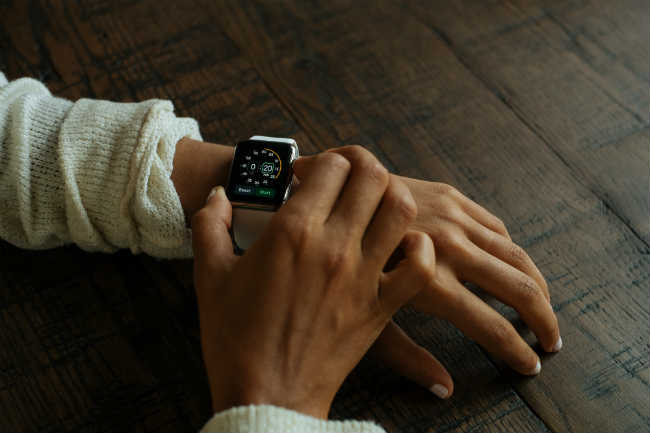 Use marijuana's time-bending properties to your advantage and stay productive! photo credit

Or, if you know that your strain will speed things up, think of all the things you’d like to spend less time at. If you know the DMV is going to be busy, your college lecture is going to be a snooze, or you’ve been roped into watching a professional chess match, why not fast forward through the experience? Once cannabis is federally legal, its effects on time estimation will most likely be delved into by researchers. Most likely, this will happen after the research into its beneficial effects on PTSD, depression, anxiety, digestion, pain relief, and many other health issues.

In the meantime, if you do experience that lost time from being under the influence of cannabis, just enjoy it as one of the many benefits of being stoned. Don’t worry, it wasn’t aliens, time warps, or any other science fiction. Unless, that’s what your friend wants you to think...

Have you noticed cannabis affect your ability to perceive time? Share your experiences in the comments below! The Best Cannabis Strains for Focus and Clarity

The Best Cannabis Strains for Focus and Clarity