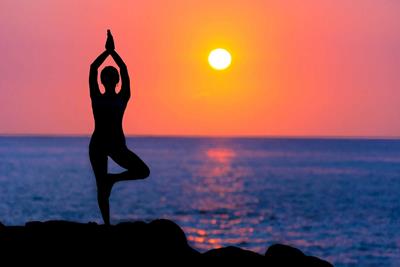 Perhaps the best type of exercise to enhance cannabis with is yoga, an ancient Indian practice that focuses on the mind, body and spirit through meditation, breathing exercises and a series of poses.


Intended to increase focus on an individual’s internal and external world, yoga has been shown to improve quality of life by increasing flexibility, improving cardiovascular and respiratory functions, decreasing anxiety and depression, improving sleep patterns and heightening a person’s self-image.

Because yoga is a holistic form of therapy, many believe cannabis consumption could enhance the benefits of the practice. Cannabis acts on both the brain and the body, after all, and has been known to enhance just about everything else, so yoga should be no exception. Of course, not everyone feels that way.

Those who regularly practice yoga have conflicting beliefs about using cannabis along with it. To some, cannabis should be avoided when practicing yoga because it distracts the mind and causes it to wander. One of the primary goals of yoga is to improve focus and excessive amounts of cannabis in the system can make that difficult to do.

They also suggest that cannabis could become a crutch for self-awareness. Whereas yoga aims to train individuals to become self-aware, cannabis may dull the ability to articulate internal and external stressors, thus making yoga less effective. 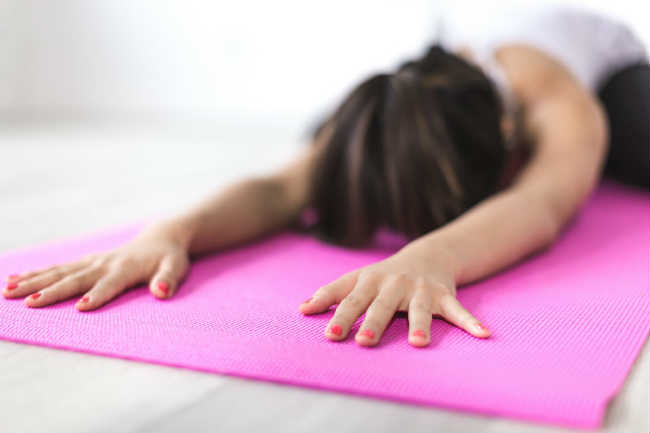 Some people believe cannabis may hinder self-awareness, but many believe the opposite. photo credit

Finally, there is concern regarding the safety of yoga on a freshly baked brain. Because THC can cause dizziness or difficulty balancing, some suggest that using it prior to a yoga session could put the individual or surrounding peers in danger of a tumble.

Benefits of Cannabis and Yoga

While there are some concerns regarding cannabis and yoga, overall the benefits tend to outweigh the detriments. For example, while it’s true that cannabis can be a distraction, that is not necessarily a bad thing. According to the Yoga Sutra (4.1), when used responsibly, herbs like cannabis can quiet the mind of the outside world thus promoting inner connectedness. 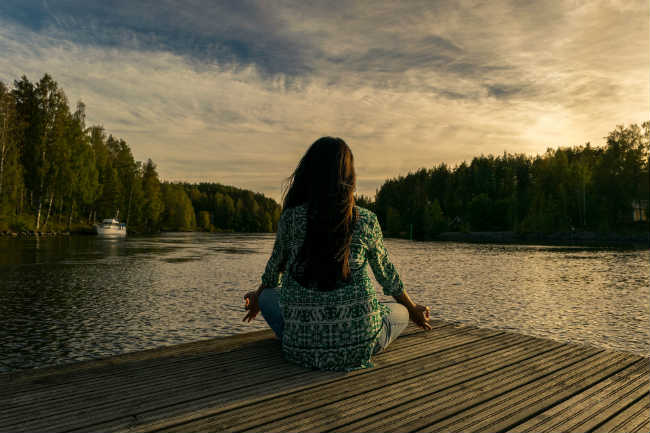 Cannabis has been shown to quiet the mind and help improve focus. photo credit

Attention to external stimuli is diminished allowing the yogi to focus on the physical and emotional sensations that come during a yoga session. Some also suggest that cannabis helps movement flow more smoothly, especially when rhythmic music or steady coaching is involved.

Perhaps due to marijuana’s tendency to enhance sensations, perhaps due to the motivational aspect of certain strains, or perhaps due to its ability to reduce pain perception, cannabis can make it easier and more enjoyable to participate in regular yoga sessions.

Which brings us to our next point: cannabis can make it easier for people with pain or reduced mobility to try yoga therapy. Because cannabis has so many therapeutic applications, it can help a larger demographic participate in the practice.

Those who suffer from chronic pain, inflammation, or even emotional disturbances stand to benefit from a little toke if it’ll help motivate them to try some basic poses and meditation practices.

Finally, cannabis consumption prior to a yoga session can increase the benefit of savasana, or the corpse pose, which occurs at the end of a session. 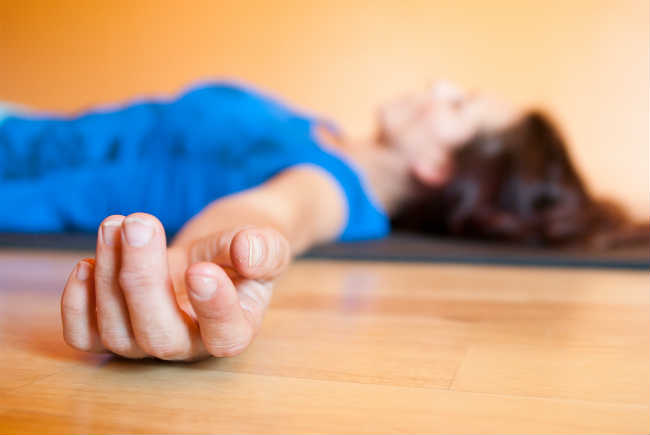 Cannabis can help boost the effectiveness of savasana. photo credit

Though often overlooked due to its tranquil nature, this is one of the most important poses in yoga, allowing the yogi to absorb everything he has gained through the session and emphasizing awareness of the body.

Tips for Incorporating Cannabis into Your Yoga Session

Cannabis can be a great addition to a yoga session, but for it to have the most benefit, there are a few things to keep in mind.

Breathing exercises are a big part of yoga which can be a challenge if you’ve been taking giant bong rips prior to class. To get the most out of your yoga session, go easy on the combustibles, opting for a vape pen or over a bong, or an edible over a dab.

Edibles are a tricky beast; they can hit hard and unexpectedly or not at all. Avoid an uncomfortable high by carefully planning your dose, or use sublingual cannabis to medicate as needed.

One concern regarding cannabis and yoga is the safety of the individual and surrounding peers. Avoid an uncomfortable situation by practicing your balance prior to your session, and avoid overconsumption which may make it a challenge no matter how much practice you have.

We all love a good smoke sesh, but that doesn’t mean you have to get baked to get something out of it. If you’ll be attending a yoga class high, consider consuming a fraction of your typical dose – just enough to cause a mild buzz – and let your body do the rest.

Have you tried cannabis and yoga? Tell us about your experience. 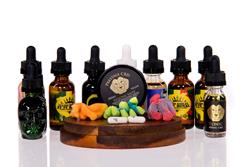 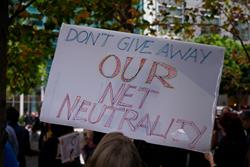