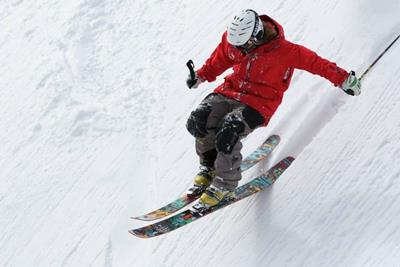 When Nate Diaz used a vape pen to consume CBD during a post-match press conference after UFC 202, he was widely criticized by the media, fans and critics for his endorsement of cannabinoids. Furthermore, he was unjustly reprimanded by the United States Anti-Doping Agency (USADA), the governing body of the UFC.


However, the USADA will be changing its policy on CBD use within the UFC beginning on January 1, 2018. Why is this? It’s because governing bodies of extreme sports like the USADA are beginning to recognize the benefits of CBD that consumers of the cannabinoid have known for quite some time.

So, as governing bodies begin to accept cannabinoid therapy as an effective treatment for athletes, let’s take a look at the history between cannabis and extreme sports

The Cultural Connection between Extreme Sports and Cannabis

Cannabis consumption is common in extreme sports athletes for a variety of reasons. Zach Dischner

Aside from the rush of endorphins offered to athletes from their extreme sports and use of cannabis, there is also an important social aspect to the sports and the use of cannabis within them. Cannabis relaxes athletes and gives them time to bond before their competition. For many of the athletes, it’s an almost religious experience.

It’s a moment to meditate, bond and focus before entering a dangerous competition.

Cannabis impacts the brain in much the same way that a runner’s high does by activating the endocannabinoid receptors to give athletes a feeling of euphoria. It’s no wonder that extreme sports athletes use cannabis to connect over such a pleasurable experience.

More than just a social experience, cannabis use within extreme sports also offers the athletes medicinal benefits and improves their performance.

How does Cannabis Impact the Bodies of Athletes?

Whether being involved in an MMA fight, thrashing big waves in Hawaii, or taking monstrous leaps on a snowboard or pair of skis, extreme athletes are continually putting their body at risk. The physical toll that extreme sports athletes put themselves through leaves them with the pain, inflammation and the mental discomfort of physical recovery.

Nate Diaz takes a draw from his CBD vaporizer after a fight. YouTube

Whether it’s eaten, smoked or vaporized, cannabis has been shown to decrease pain, even in extreme sports athletes. When asked what he was consuming through his vape pen, Nate Diaz casually mentioned he was consuming CBD for pain and inflammation after his fight. Despite the criticism he received, he knew what he was talking about because he was experiencing the benefits firsthand.

Nate Diaz and his brother Nick are now both strong supporters of the cannabis industry, making appearances at multiple cannabis events.

It should come as no surprise that extreme sports athletes are likely to use cannabis, especially those who are involved in sports that offer the athlete a superb endorphin rush. Extreme sports have been shown to engage the endocannabinoid receptors within the brain. Furthermore, the engagement of these receptors has been shown to promote neuronal growth. M.N. Hill has demonstrated that numbing the end of endocannabinoid receptors within the brains of rats inhibits the brain cell growth that is usually associated with exercise.

While cannabis can offer a similar rush of endorphins that extreme sports offer to athletes, there are other benefits to the athletic performance of those who partake in its consumption.

Most notably, the use of cannabis has been shown to increase focus.

Whether athletes are dropping into a big wave, dodging heavy punches, or balancing while moving at extreme speeds, an athlete’s focus can be the difference between a first-place finish or a trip to the hospital.

Additionally, researchers at Vanderbilt University have shown that endocannabinoid signaling suppresses physiological responses associated with anxiety. Even the top athletes within extreme sports will experience anxiety before, during, and after their competition. The use of cannabis during these times can help decrease an athlete’s anxiety and subsequently improve their performance overall.

Should all Extreme Sports Athletes use Cannabis?

Briefly, the answer is no. Cannabis use in extreme sports is certainly not for every athlete. However, those that recognize the benefits cannabis has to offer should not shy away. Cannabis has shown to help many athletes recover faster and improve performance, making it a viable option for anyone looking to boost their abilities.

And while many sports ban the use of cannabis during competition or altogether, governing bodies of professional sports are beginning to accept the science behind the medical and athletic benefits offered to the athletes who use cannabis and its various forms. Its use is becoming more widely accepted which will hopefully result in relaxed restrictions on cannabis consumption for athletes in the near future.

Have you noticed the benefits of cannabis while you participate in sports? How so? 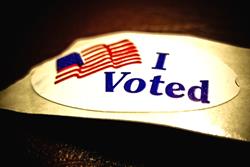 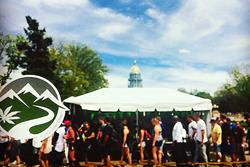