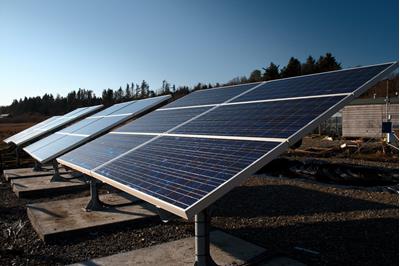 Of all of the new industries that are springing up in the era of a rapidly changing climate, you would expect the cannabis business to be at the forefront of putting the “Green” in “Green New Deal.” After all, growing pot means planting seeds in the dirt and basically letting UV light, air, and water take the wheel from there, right? How much more natural can you get?

Unfortunately, in most cases the cannabis business has turned out to be just as much about the business as it has been about the cannabis. For some companies, this means producing a product as cheaply as possible rather than as environmentally friendly as possible.

Growing marijuana on a commercial scale requires drawing on a lot of resources. The water that irrigates the plants has to be pumped in. The electricity that runs the grow lights, the fans, the dehumidifiers, the vents, and everything else needed to optimize growing conditions has to be drawn from some generator somewhere. These generators will be powered by carbon, hydroelectric, or other energy sources. The entire process also produces a lot of waste – from the plastic used in the grow houses to the packaging used to transport crops – that for the most part ends up in landfills.

Because of all these factors, indoor cannabis cultivation is on track to become one of the most energy inefficient industries out there.

This is a big problem. Energy inefficiency means releasing even more carbon into an atmosphere that’s too filled with it already. Luckily, most cannabis consumers are also pretty pro-earth. Because of this, there has been a growing demand for more environmentally-friendly methods to be used in the industry. 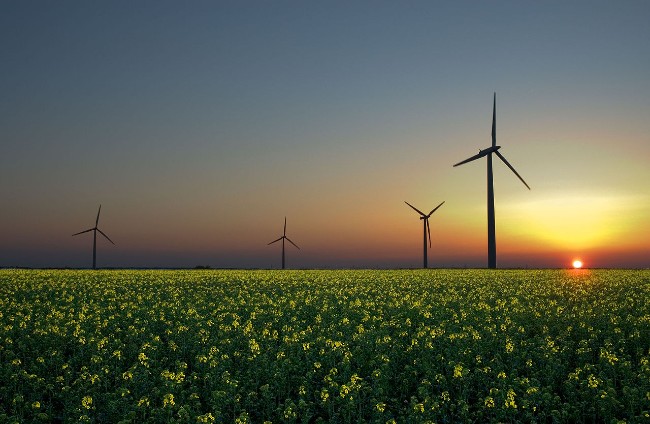 Something needs to be done about the inefficient energy use in the cannabis industry. photo credit

Some producers and growers are answering that call and responding with some truly innovative methods of powering and supplying their marijuana grows. By putting in a little more effort, imagination, and forethought, as well as sacrificing a little more money upfront, a couple of growers are discovering ways to grow cannabis in the most environmentally friendly way possible.

Based out of Massachusetts, Solar Therapeutics has dedicated themselves to becoming the first indoor grow in the United States to operate with complete energy independence, which means drawing from off-the-grid sources. As the name suggests, Solar Therapeutics draws most of their energy from an array of solar panels that they own and operate on site. This generates most of their energy from the sun, (which generates its energy from nuclear fusion but so far has a flawless safety record.) Combined with state-of-the-art battery storage and co-generation units such as natural gas powered generators, Solar Therapeutics has managed to offset at least 60% of their carbon emissions. Their goal remains an offset of 100%, going completely carbon neutral. 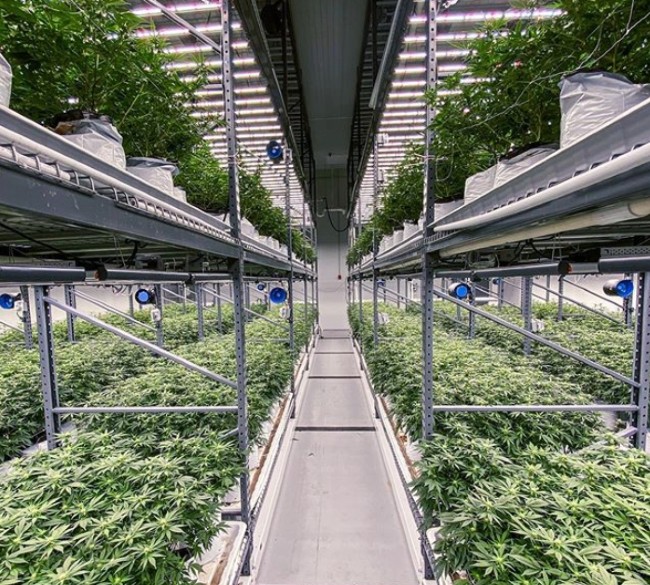 This is no small feat for a 67,000 square foot marijuana cultivation facility that must power 1,200 grow lights at every moment of operation. Their grow is coupled with dispensary storefronts both on and off-site that are also powered by their grid. These storefronts operate as both medical and recreational dispensaries.

As mentioned earlier, the energy and resource needs of cannabis grows are huge. By some estimates, cannabis growing takes up to 1% of all the electricity produced by the United States. What’s more, for every pound of cannabis grown, 4,600 pounds of CO2 is released into the atmosphere. 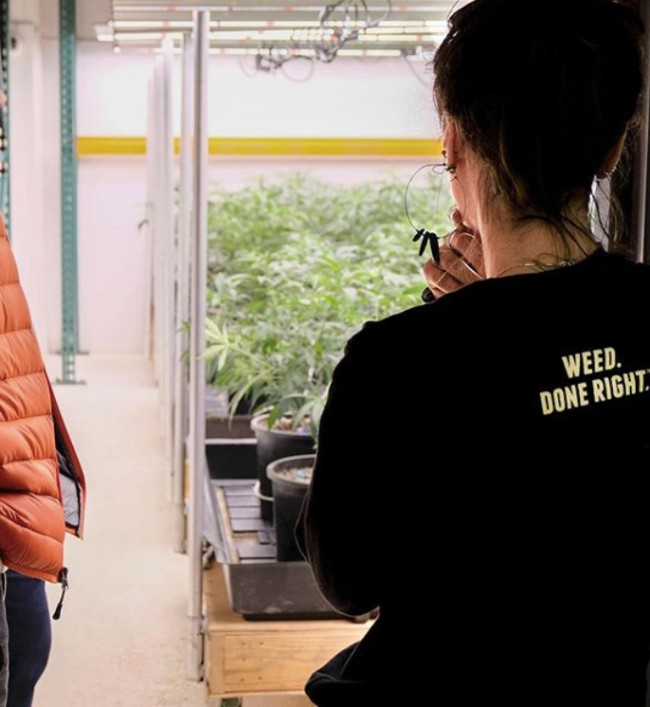 With a goal to become Oregon’s first carbon neutral farm, Eco Firma Farms’ 23,000-square-foot warehouse is nearly entirely powered by wind. In 2017, this alternate source of energy prevented an estimated 373,197 pounds of CO2 from entering the atmosphere. They have also installed energy efficient LED grow lights in their indoor facility, which are partially powered by an onsite solar array. Beyond a commitment to green energy, Eco Firma is also striving to become a zero-waste facility by using only recycled packaging.

Based out of LA, THC Design is another West Coast grow that’s striving to pioneer environmentally friendly and sustainable cannabis cultivation methods. While they are committed to reducing their carbon footprint, they have also focused on another enormous issue with cannabis cultivation: water usage. A single cannabis plant can also consume up to six gallons of water per day. Complicating things even further, because cannabis remains federally illegal, a lot of water usage for cannabis is unregulated. In drier states that must pull water from rivers or slowly replenishing aquifers, this can be an enormous drain on resources.

THC Design has created a revolutionary closed-loop method of irrigation. Water and nutrients used to nourish their plants are treated and re-used rather than being released into the drainage system, where they can harm animal and plant life once they reach a body of water. The closed-loop system starts with an 800-gallon tank inside the 20,000 foot grow that’s filled with catfish, whose nitrogen rich waste fertilizes the plants. THC Design utilizes a UV light system to help decontaminate the water so that it can be re-used in the facility. 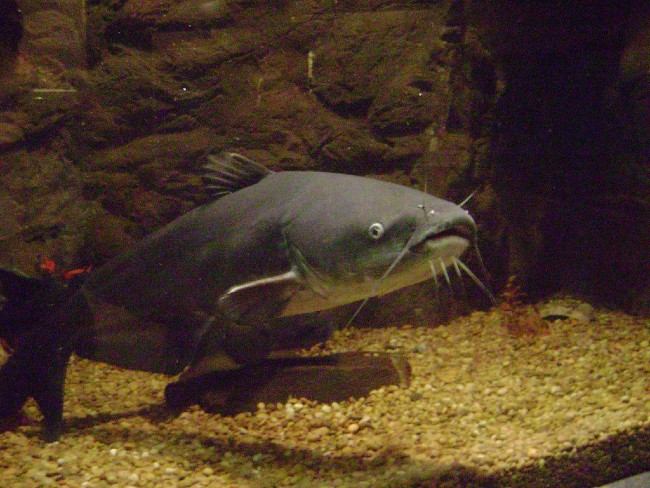 When the system is working at peak efficiency, it can recapture 75-percent of the water used. This adds up to 1,500 gallons out of the 2,000 gallons that THC design uses daily for irrigation in their grow. The company also has designed ground breaking natural processes to further eliminate waste. They use flies to consume waste such as plant matter and cardboard instead of sending it out to a landfill. They also control pests with essential oils and natural predators rather than using harmful pesticides that would eventually be released into the soil and into the water system. While all of these methods require a lot more cleaning time and care, the owners of THC Design are committed to greener cannabis and a greener world.

While these few companies are at the forefront of alternative energy use in cannabis, a “green revolution” in the industry will require a combination of governmental and consumer pressures. The energy-efficient technologies and practices being used by companies like Solar Therapeutics, Eco Firma, and THC Design will only become cheaper and better if they’re adopted by the cannabis industry on a wide scale.

Wind and solar have the potential to become the standard for energy generation in the future, both in the cannabis industry as well as for society in general.

Lower energy costs to operate any business can be passed on as even lower costs to the consumer. However, for this to proceed fast enough to make a real difference for your wallet and for the planet, it’s up to cannabis consumers to demand that cultivators go green.

What do you think about the use of alternative energy in the marijuana industry? Share your thoughts in the comments below. 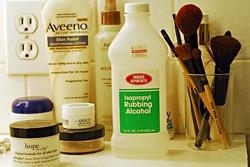 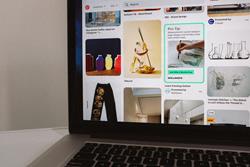