It seems that the social network Pinterest has managed to stay above the misinformation-strewn, sewage-like fray of other platforms like Facebook and Twitter. Lifestyle-focused on topics like decorating, baking, and fashion, many of the boards have a country cottage kind of feel, with its users (80 percent of whom are women) “pinning” videos or images to their own or other people’s boards to browse.

Pinterest hit its peak in 2013 when it rivaled Facebook and even email as a sharing medium, Over the years, Pinterest has moved away from its homey origins to become more eclectic and diverse, with a growing audience of men and a broader range of topics.

Social Media and the Cannabis Industry

Even outside of social media, advertising for cannabis companies remains a dicey proposition. When social media advertising was a new proposition, organic content – or unpaid – was king. Any company could create their own content and be found through keyword searches.

Nowadays, algorithms are the name of the game, and organic content has lost its effectiveness, forcing businesses to use paid advertising to reach new or regular customers. While paid advertising is fine for companies operating in a completely legal space, cannabis companies live in a messy middle. They may be legal in the state in which they operate, but according to Uncle Sam, any cannabis company is breaking federal law. 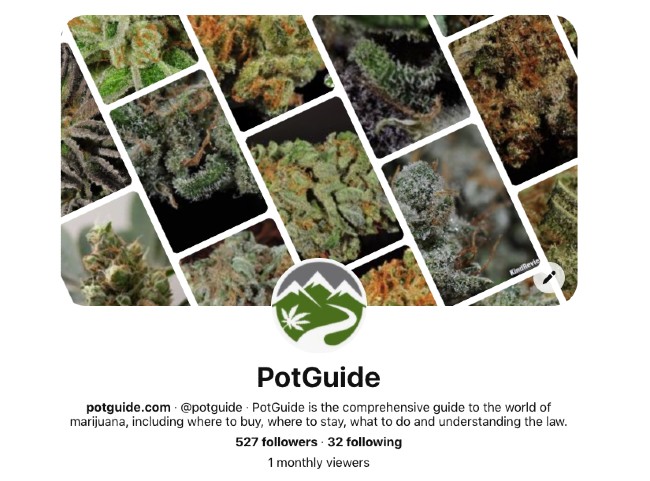 PotGuide was recently shadow-banned by Pinterest without cause, even after appeals.

Most social media platforms explicitly prohibit advertising for cannabis companies, even if that company doesn’t touch the plant. In other words, even if you’re only talking about weed, you may be violating the network’s community standards.

Let’s take a look at the community standards at Pinterest:

“Pinterest isn’t a place for trading or selling of certain regulated goods - products or substances that can cause harm when used, altered or manufactured irresponsibly - or for the display or encouragement of dangerous activities. We limit the distribution of or remove such content and accounts, including:

Needless to say, there’s a lot here that’s open to interpretation and many cannabis brands and businesses do not violate these conditions. Let’s touch on their points with some counter questions.

As with pretty much everything cannabis and advertising, rules are subject to change at any moment and are very subjective. 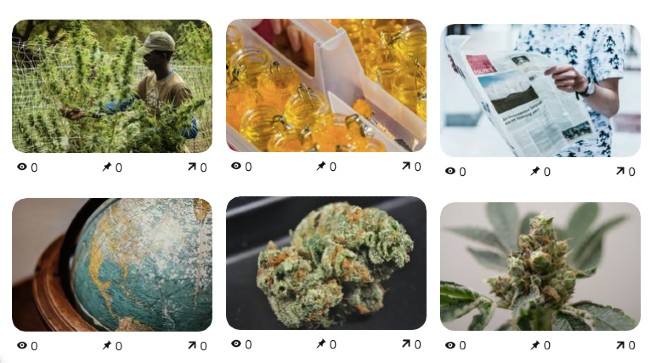 Once an account gets shadow-banned, it is nearly impossible to get views or interactions on their content.

The platform’s hope is that over time, a lack of new followers, and reactions to posts or comments will frustrate the company, who will eventually give up on organic advertising. And the cannabis company can’t pay for advertisements, because it’s against community standards...you see where this is going. Canna-businesses have the option to appeal bans, and sometimes social media platforms backtrack and restore visibility, but ultimately the decision lies with the platform.

What’s a cannabis firm to do? There are ways to circumnavigate community standards, like affiliate or influencer marketing, or moving from promotional content toward educational blog posts. But this still makes advertising on social media platforms a tough go for cannabis companies, even the ones that abide by all the rules. However, until federal prohibition ends, it’s unlikely that cannabis advertising will be welcomed into the advertising mainstream.

What would you like to see from social media platforms regarding cannabis? Share your thoughts in the comments! 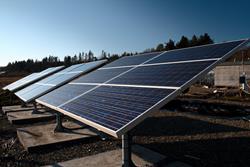 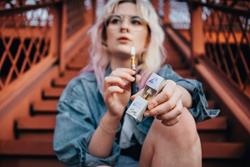