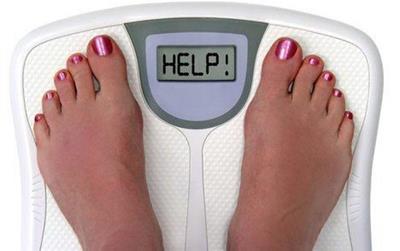 The term "marijuana diet" may sound like an oxymoron to some (considering that the notorious "munchie" side effect has regular users consuming hundreds of calories more than their non-smoking counterparts), but recent studies indicate otherwise.


One such study, conducted by the American Journal of Medicine, surveyed 4,657 adults (of which, 579 reported to use marijuana regularly) and found that those who used cannabis at least three to five times each week had 16 percent lower fasting insulin levels. Other studies, though few and far between, have come up with similar results.

Insulin, which is produced primarily by the pancreas, is the vessel through which glucose (sugar) can pass through cell walls to be converted into energy. If insulin production is high, too much glucose will be absorbed resulting in fatigue, whereas low insulin production can cause damage to arteries as glucose builds up. Cannabis use seems to regulate the process by promoting glucose absorption, increasing levels of "good cholesterol" and improving one's over-all metabolic functioning, though it is uncertain how exactly this happens.

Some speculate that cannabis can regulate weight by interfering with cannabinoid receptors in the brain. These receptors are responsible for regulating memory and appetite, and when triggered by the compound cannabidiol, can cause memory lapses and an insatiable appetite (also known as the munchies). Over time, however, these receptors can become desensitized making the chronic user less likely to gain weight.

Others have suggested that obese people, or people who chronically over eat, do so because the process triggers the nucleus accumbens, or the reward center of the brain (this is especially true when the foods of choice are laden with concentrated sugars and refined starches). In other words, overeating acts like a drug by stimulating the same area of the brain -- cannabis users have their own high and don't need to overindulge in the same way.

Now, before we get too hung up on the idea that weed can keep you skinny, it's important to remember that consuming large amounts of calories without burning them off will certainly not help you in your weight loss plan, no matter how much ganja you smoke; some strains are bound to make you want to gorge.

Most strains, in fact, but not all.

Some strains of cannabis, especially landrace strains from South and East Africa, have actually been shown to suppress appetite because they contain the compound THCV. This cannabinoid is actually an antagonist of the CB1 and CB2 receptors, which means it blocks THC, keeping you from getting high and from getting the munchies. It has the same psychoactive affect as THC, however, and tends to take effect much more quickly (think "one hit wonders"), but the high is much shorter lived, which is why it is often bred out of popular strains.

To find strains with a high amount of THCV, ask your budtender or keep your eyes peeled for these popular, appetite-suppressing strains.

Durban poison is a very popular sativa strain from South Africa. Offering a sweet, earthy flavor; a smooth smoke and ton of energy, Durban Poison is the perfect strain for to keep you active and on track.


It has been known to promote high levels of anxiety, however, so if that's an issue, you could try mixing the strain with a mild indica strain, or just chew on a few peppercorns should an anxiety attack occur.

This sativa-dominant hybrid --a cross between Northern Lights, Haze and Skunk #1 -- offers a long-lasting body buzz accompanied by a very clear-headed cognitive high. The buds are dense and covered with trichomes, and the flavor is mellow and earthy.


Despite being categorized as a sativa, however, the indica qualities of its parent strain, Northern Lights, comes through a few hours after smoking. If you're planning on using Super Silver Haze in addition to your diet, make sure stay active during your high to help maintain motivation.

G13 is an indica strain whose origins are still up for debate. The rumor is that G13 was one of many strains produced secretly by the government in the 1960's and 70's in an effort to create an ideal indica. G13 was said to be the best of the 23 strains cultivated thanks to its ability to ease pain without causing drowsiness.


The flavor profile of G13 is a pleasant one, featuring a sweet, earthy flavor with a slight pine overtone. The effects are also very pleasant, but may make you feel a bit lazy, so don't sit down after toking unless you don't want to get up again.

Known for its quick high and sweet taste, Green Crack is increasingly becoming a favorite around Denver. It was given the name by none other than Snoop Dogg because of its quick-acting, high-strung effects and short-lived high.


This sativa-dominant hybrid features the citrus flavor and aroma characteristic of its parent strain Skunk #1, but takes a bit longer to take effect. Be careful not to overindulge as Green Crack has been known to cause time lapses and slight disorientation.

How to incorporate marijuana into your weight loss plan

Though cannabis has been shown to help reduce plaque build-up in arteries and potentially improve the body's ability to absorb glucose, if there is an excess of sugars and fats in your diet (that is not burned off through regular exercise), weight gain is eminent. To reap the benefits of the marijuana diet, you will still need exercise and consume a proper diet.

Begin by ridding your cabinets of fatty, salty and sugary foods which also cause cravings. If you focus, instead, on having only healthy fruits, vegetables and grains, then if the munchies do occur, you'll be prepared.

I also recommend choosing a sativa-dominant strain to help maintain your motivation. Plan at least 150 minutes of moderate exercise each week, being careful not to overdo it early on lest you damage your muscles and make it more difficult to continue.

Finally, wind down with a calming indica such as G13 to help you relax and restore. If your muscles are especially sore, try using a topical cannabis lotion to ease the pain.

Weight loss is often an uphill battle (no pun intended). Even though it starts out easily enough, continuing to make that climb count for something will naturally become harder as your body gets used to your new routine. Though incorporating cannabis into your weight loss plan might help you accomplish certain things (a healthier insulin level or a more enjoyable cardio workout, for example), it is still no replacement for a good diet.

To see that your cannabis hobby helps (rather than hinders) your weight loss plan, choose appetite-suppressing strains in addition to your regular diet and exercise regimen.

Have you tried any "skinny weed" strains? Let us know your favorite on Facebook. 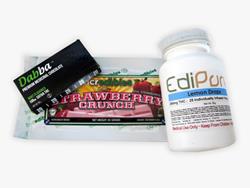