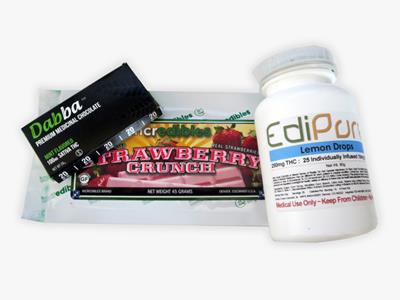 Beginning the 1st of February, Colorado’s now infamous supply of edible marijuana may be in jeopardy. In a law set in action on Sunday, edible marijuana businesses are now far more restricted in what they can sell, and how they can sell it. With edible forms of marijuana making up 45% of all marijuana sales in 2014, more stringent regulations leading to removal of edible products from the shelves could mean a potentially large hit to the currently booming marijuana businesses. And yet the businesses are - for the most part - all for it.

Large-scale company names common to those who frequent Colorado’s nearly hundreds of recreational marijuana shops are having to scale back production on certain products due to issues with labeling and THC concentration.

According to a new law, edible marijuana companies like IncrEdibles, or The Growing Kitchen  can no longer produce pot edibles over 100 mg concentrated THC, total. For forms of edible marijuana that come in ‘pieces’ such as gummy bears, no one single piece can exceed 10mg THC. This is causing the likes of Colorado-based companies such as Dixie Elixir, to produce individual candies coming in at around 6mg or less. The risk of even one tested THC infused treat exceeding the 10mg limit means destroying the batch and starting from scratch.

Simply producing edibles with lower concentrations of THC could pose an issue, however. The lower each individual dose, the easier it is for even an inexperienced user to convince themselves a second, or third pot candy will lead to a better high, especially considering the longer incubation period of ingested marijuana versus marijuana that is smoked.

Therefore, in addition to restrictions regarding the potency of each individual edible, the way each pot-infused candy, gummy, and chocolate bar is packaged is also getting an upgrade. Far more dominant labeling with much clearer, large-print instructions will replace what is now a jumble of wordage tough to make out with the naked eye. Seriously.

The largest societal change to come from the new regulations on what has been an ethical grey area for the recreational pot movement may, in fact, be in these brightly colored warnings. All edible packaging must now include, in large print, wordage citing evidence that says the effects of edible marijuana can be delayed two hours or more in many cases.

Current research suggests a typical time for peak effects can reach even up to 4.5 hours from ingestion.

This verbiage could lend way to a decrease in hospital calls citing marijuana use as a reason. Because let's face it, when frustrated after an hour because the now 6mg Gummy bear seems to be a dud, checking the packaging for dosing instructions is not out of the realm of possibility.

By-in-large, edibles businesses are completely for the reformation of the packaging and labeling regulations. Ask any of the mainstream, high profile companies and the one thing that continues to be reiterated is child safety. If different labeling aids in keeping edible marijuana out of the hands of kids, they’re all for changing it willingly.

The regulations set in place on February 1 may have forced edible marijuana businesses to pull much of their product from recreational shelves but, like their customers who voted for legal weed back in 2012, they are taking the next step of the process well in stride. For these Colorado cannabis companies, it's always safety first.

There's a joke in there, somewhere. 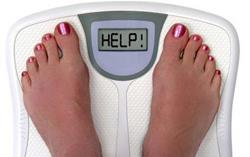 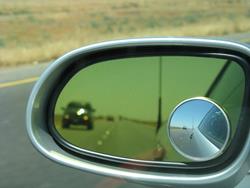