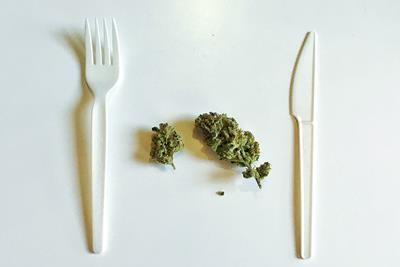 As the second-most nutrient-dense food (second only to soy), consuming cannabis can be part of a healthy diet and lifestyle, too. Of course, some methods of consumption allow more nutrients to be absorbed than others, but before we get into that, let’s look at what nutrition is and why it’s so important for a healthy body.

The Importance of Healthy Nutrition

A balanced diet is important for more than a slim waist-line; maintaining balanced nutrition can help people fight off and recover from illness, reduce depression, delay the effects of aging, improve energy levels, and even live longer!

Though the body produces some of its own nutrients, there are some it cannot produce thus requiring that we get it from an outside source (food). The most common of these are:

The Nutritional Value of Cannabis

Though the most nutrient-dense part of the cannabis plant is its seeds (packing in high levels of calcium, fiber, fatty acids and 16 grams of protein in every 50 gram serving), the entire plant – leaves, stems, and roots – contain nutrition your body can benefit from. Leaves are an excellent source of fiber, magnesium, calcium, phosphorous and also contain polyphenols which are well known anti-oxidants that help protect the body from aging.

Though the stems contain high levels of fiber (suggesting they may be used as fiber supplement), their tough, woody texture and insoluble nature makes them undesirable to eat. The roots, which have been used topically as medicine for centuries, have yet to be analyzed by nutritionists.

Ways to Reap the Nutritional Benefits of Cannabis

Juicing is by far the best way to reap the nutritional value of cannabis. By juicing, not only does the consumer benefit from the nutrients listed above, they also consume a concentrated dose of powerful cannabinoids, too – without getting high! That’s because the psychoactive cannabinoid THC is not produced until its non-psychoactive precursor, THCa, is decarboxylated. In other words, a shot of fresh cannabis juice can deliver a huge amount of nutrition without ever causing a high.

Juicing cannabis is a great option for those seeking the benefits of marijuana without the high. photo credit

For those who want the high, of course, another option is to consume cannabis-infused edibles. Though some of the nutritional content will naturally burn away during the cooking process, much of that may be dependent on the method of cooking. For example, foods that are cooked quickly under high heat tend to retain their nutritional value better than those that are cooked low and slow, but the opposite is unfortunately true of their cannabinoid profile; high temps burn off cannabinoids but retain their nutrition better.

The big question on our minds while writing this piece has been whether nutrients can be absorbed via inhalation.

There isn’t really a lot of debate on the matter; most people believe that nutrients must be absorbed through the digestive tract – the mouth, stomach, large and small intestines – since that’s literally what the whole system is designed to do.

Though it’s impossible to say for certain at this point, some trends suggest that inhaling nutrients may be another possible route to the bloodstream. For example, vaping alcohol has become popular because it gets people drunk without the calories. But research suggests that calories do get absorbed into the bloodstream via inhalation (albeit at a lesser extent) suggesting that some other vitamins and minerals may be able to, as well. Vape companies have also been selling caffeine- and vitamin-infused vape products which seem to work along those same lines.

The bottom line? Cannabis is a vegetable and vegetables are good for your health, but the method of consumption plays a big role in how readily available these various nutrients are to the body.

Do you think cannabis should contribute to a daily vegetable intake? What about smoking it? We’d love to know your thoughts. 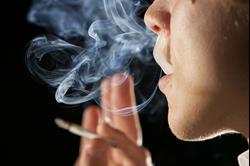 How Long Should You Hold In Your Marijuana Hit?

How Long Should You Hold In Your Marijuana Hit? 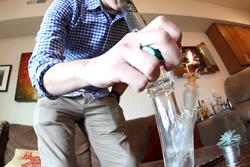