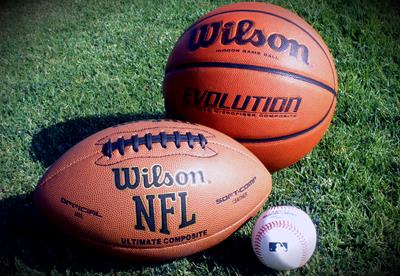 Americans love sports. According to an online poll conducted in 2015, over 65 percent of Americans consider themselves sports fans and regularly follow at least one professional sport (football being the primary sport of choice, accounting for roughly 33 percent of sports viewing and attendance). This trend over-flows into the schools, of course, inspiring more than 30 million children to participate in at least one organized sporting activity each year. Unfortunately, this also results in about 3.5 million youth injuries annually and a 68 percent injury rate among professionals.

Well beyond stubbing a toe, sports injuries can create a lifetime of problems – from damaged muscles and tendons to an increased risk of dementia and even death as a result of traumatic brain injury – and those numbers are increasing as sport viewing and participation increase in popularity.

Common treatment for sports injuries includes physical therapy, surgery and prescription opioid use, though many professional athletes opt for a gentler – and perhaps more effective – approach by using cannabis as part of their post-game regimen. Based on the knowledge that cannabis can reduce pain perception and muscle fatigue, decrease inflammation and speed recovery time, these athletes are doing what they can to make an inherently dangerous job less taxing on the body.

There are many forms of therapy used to help treat sports injuries, each of which has their own benefits and draw-backs. Prescription pain meds, for example, are effective at reducing pain so athletes can continue the season with relatively little discomfort, but may not fix the issue itself (and often lead to opioid dependency). Surgery often includes risks of complication, reduced mobility and drawn-out recovery. Physical therapy is timely and can impede on an athlete’s ability to fulfill seasonal contracts. Nevertheless, each of these forms of therapy are readily used because of their effectiveness; cannabis can improve the effectiveness of these therapies even more in the following ways.

Cannabis is a safer pain-management option for athletes facing injury.

Cannabis has long been known to help athletes recover from injury and strenuous work-out, but is still largely frowned upon by owners and investors of major sports teams. Based off a fear that cannabis use may jeopardize an athlete’s ability to perform competitively, organizations like the NFL, NBA and MLB have banned the use of cannabis by their athletes and enforce suspension should a player test positive for chemicals like THC. These drug policy suspensions put an unfortunate burden on athletes – who often push themselves to the limit for the sake of their team – to turn to opioids, alcohol and other narcotics just to get through the pain. As many as 80 percent of pro athletes likely still use cannabis despite risking suspension, but given the therapeutic potential of cannabis therapy for athletes (not to mention the huge amount of physical risk they take on for the sake of our entertainment), blocking access to cannabis in sports seems both counterproductive and unfair to athletes and their families.

Though most professional athletes keep their cannabis consumption behind closed doors, a few major players are choosing to stand up for their fellow athletes right to medicate with cannabis. One such athlete, NBA all-star Cliff Robinson, recently introduced his line of sports cannabis called “Uncle Spliffy.” His aim is to help athletes from all walks of life prepare, perform and recover from strenuous work-out with the help of his sports cannabis product line including drinks, salves, energy bars and joint packages (in addition to his own line of apparel).

He, along with Ricky Williams and Eugene Monroe of the NFL, presented their statements about cannabis’ benefit to athletes at an Arc View Investor Forum last year. Noting the frequency of prescription drug consumption like Ambien or Oxytocin by athletes, Williams told listeners he thinks “cannabis is effective and safer than the addictive opiates that teams give us.”

And he’s right. After suffering from pharmaceutical medication addiction and suicidal ideology, former NFL offensive lineman, Kyle Turley has become the founder of the Gridiron Cannabis Coalition, an organizational designed to promote cannabis as a viable option for sports-related injuries because it not only helped him overcome pain and addiction, but saved him from the brink of suicide as well. The organization also runs a number of treatment centers where athletes can go to learn about cannabis therapy and detox from prescription medication at the same time.

While Turley’s organization helps athletes regain their independence from injury, it’s come too late for many pros who have lost their lives to depression or drug dependency. Let’s not let pain and injury take any more of our athletes before their time. 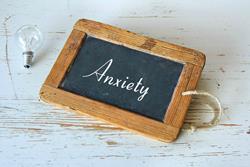 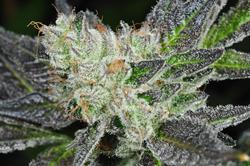