With the passing of Amendment 64, adults 21 or older in Colorado can legally possess two ounces  (28 grams) of marijuana or THC. 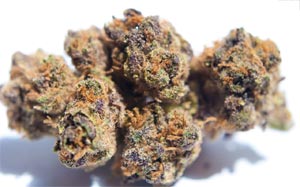 Previously, the possession limit was one ounce, however the limit was raised to two ounces under House Bill 21-1090.

Taken together, this would mean that it is legal to possess 56g of flower, 16g of concentrate, or 1,600mg of infused THC in edible form. Note that these equivalencies are specifically for recreational marijuana products.

You will need a government-issued identification to prove you are 21 years or older. A drivers license or passport is sufficient. Note that you don't need to be a Colorado resident to possess recreational cannabis and there isn't any type of registration system. Only residents who apply for medical marijuana cards need to register with the state.

Article XVIII of the Colorado constitution states that a medical patient may possess “no more than two ounces of a usable form of marijuana.”

Previously, tourists in Colorado were restricted to purchasing 7 grams or less, while Colorado residents could purchase up to 28 grams. This law changed in June 2016, and now both tourists and residents can purchase 28 grams in a single transaction.

Note that the increased recreational possession limit of 2 ounces does not affect the purchasing limit of 1 ounce.

Higher amounts may be granted by the recommending physician.

Rec equivalencies by unit are:

Currently, the state allows marijuana stores to operate from 8am until Midnight. However, cities are allowed to establish their own rules within the allocated timeframe. Denver stores must close by 10pm. If you're looking to purchase marijuana in Denver after 10pm, both to Edgewater and Glendale (two cities bordering Denver), which both allow stores to stay open until 12am. Another great option is Aurora, which allows stores to stay open until 10pm as well. Littleton's medical dispensaries hours previously ended at 7pm, but have now been extended to 10pm.
You can learn more about your privacy when visiting a recreational marijuana store in our blog.

Amendment 64 does NOT permit the consumption of marijuana "openly and publicly." You can still get a ticket for doing so, similar to open container laws for drinking in public.

Currently, there aren't any coffee shops or marijuana bars where you can purchase cannabis products.

However, thanks to Initiative 300, bring-your-own-cannabis lounges are open to consumers. Furthermore, new regulations were passed in April of 2021 to expand the types of licenses for social consumption businesses, so more are on on the way.

Even though concert venues and bars are considered ‘private,' prohibitionists argue that they are ‘publicly accessible private venues', and therefore consumption of marijuana is prohibited. Click the button to find out more about lounges in Colorado. Social Lounges

A new DUI law is in effect in Colorado which sets a legal limit for the amount of active THC in your system while driving. The legal limit is 5 nanograms per milliliter of blood. This law was fiercely debated with the main issue being that people metabolize THC at different rates and as a result, the amount of impairment varies drastically from person to person. Unlike alcohol, where if you are over 0.08 you are impaired, it's hard to determine if a person is impaired or not based upon THC levels alone.

The bottom line is be smart and don't drive under the influence. If the police do suspect you are driving stoned, they can require you take a blood test. Refusal to do so can result in similar penalties as refusing a breathalyzer test, such as loss of license. The law does allow for a defendant charged with driving under the influence of marijuana to introduce evidence that pot did not impair their ability to drive. This is a last ditch strategy, the best advice is to simply drive sober.

If you find yourself in need of legal representation for a marijuana DUI, we recommend Jeff Gard from Gard & Bond.

The "open container" law in Colorado makes it illegal to possess marijuana in the passenger area of a vehicle if it is in an open container, a container with broken seals, or if there is evidence of consumption. But what constitutes as an open container of marijuana in a motor vehicle? In general, cannabis must be kept in a locking or childproof container out of the reach of the driver (e.g. in the trunk of a car). If your buds are in a plastic bag, is that considered open container. We expand upon this topic and provide practical advice in our blog article, Driving with Marijuana in Colorado.

Simply put, don't do it. The Feds are watching Colorado closely and although it is tempting to bring some recreational cannabis back to your home state, doing so has the potential to give the DEA and law enforcement even more reason to crack down.

In the states bordering Colorado, the police are extremely angry that we have such relaxed marijuana laws and as a result, they are profiling people and performing questionable (and sometimes illegal) searches of vehicles.

Mailing marijuana home is also a bad idea. U.S. Postal Service inspectors report that in 2019, the Postal Inspection Service reported 54,877 packages suspected of containing marijuana. Be smart or you and the receiver could face major fines and jail time.

Federal Land and Properties in Colorado 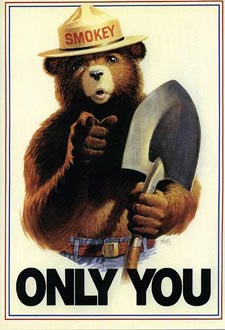 Please be aware that your right to possess marijuana in Colorado does not apply when you are visiting national parks, national forests, monuments, or other federal properties such as courthouses. Also be aware that many ski areas are located on federal land (mainly just the actual ski runs, not the towns or base of the mountain).

Possession of marijuana on federal land is punishable by up to a year in jail and a fine of $1,000 on the first offense, along with a 15-day mandatory sentence that can be extended to two years in prison for a second offense. After that, perpetrators can receive a 90-day to three-year prison term, and a $5,000 fine. While some park rangers may let you off with a warning, Colorado has experienced numerous large forrest fires in recent years, thus, rules are more and more likely to be strictly enforced.

The law allows residents 21 years of age or older to cultivate up to 6 plants, 3 of which can be in the flowering stage in an enclosed, locked space. Medical Marijuana patients may grow an additional 6 plants, or more if allotted by their recommending physician. For more information on seeds, growing indoor, outdoor or with clones, check out our blog for a wide variety of helpful content. Learn to Grow

Colorado does not accept medical marijuana registrations from other states. Visiting medical patients will have to abide by recreational cannabis guidelines in the state, and cannot use their cards to purchase from medical dispensaries.