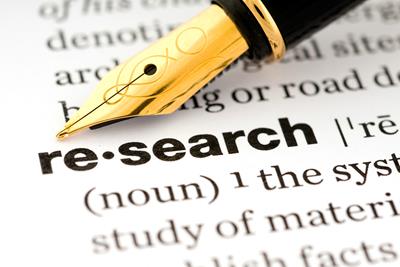 Of all the cannabis publications on the internet, most of them no doubt contain the phrase “more research is needed…” or some variation thereof. Yes, despite being one of the most widely researched substances to date, there is still so much we have yet to learn about the effects of cannabis consumption. Fortunately, the marijuana movement has helped pave the way toward more effective research practices, including access to a wider variety of cannabis products, a larger number of willing study participants and a reduced likelihood of other variables throwing off research results.


Prior to legalization, marijuana research was few and far between, and was often funded by anti-pot groups, thus persuading researchers to negatively conclude about cannabis. Cannabis that was to be researched could only be cultivated in one, government-funded cultivation facility which would typically produce lower quality bud, and the same five strains were the only ones to be cultivated and tested. Furthermore, study participants were difficult to find and retain during past cannabis studies which should no longer be the case now that legalization has taken hold of the nation.

But, as cannabis legalization spreads, the need for more research is becoming apparent. Recent claims of a new marijuana-induced illness called cannabis hyperemesis syndrome (CHS) highlight the importance of thorough research prior to making public statements about it, lest misinformation spread (even more). So, what’s being done to further cannabis research? We’re glad you asked.

Due to the legal nature of cannabis, it has rarely been studied without bias. Government-funded research programs (headed by the National Institute on Drug Abuse) has made it a point to focus on the negative consequences of cannabis consumption and has therefore approved funding primarily for studies looking to uphold the notion that cannabis is bad. It is no wonder, then, that a whopping 80 percent of studies churned out negative views on cannabis while only 20 percent were positive.

But that’s all changing. Not only are legal states providing funding for cannabis-based research, in some cases, the federal government is, too.

During the 2015 fiscal year, the National Institute on Health (NIH) approved more than $111 million in cannabis research to be dispersed between 281 different research projects. Of this, 49 projects will look at the therapeutic benefits of various cannabinoids while 15 will look exclusively at CBD. Here are some of the most promising cannabis-related research studies currently under way.

Colorado has been pioneering the cannabis movement for decades and continues to lead the pack in terms of cannabis research. Colorado’s Medical Marijuana Scientific Advisory Council has approved more than $9 million for cannabis research programs including programs that will look at things like cannabis as a treatment for adolescent IBS (~$2 million), PTSD (~$3 million), pediatric brain tumors (~$1 million), pain (compared to oxycodone) (~$ 750,000), and sleep disorders (~$450,000); and CBD as a treatment for Parkinson’s Disease (~$1 million) and pediatric epilepsy (~$1 million). Most studies are either currently underway or set to start within the year and all should be complete by the year 2020.

Federal Grant Money to Study Cannabis as a Replacement for Opioids

Perhaps the most exciting new study to be granted approval is one that will compare the effectiveness and safety of cannabis compared to opioids. As a country caught in a downward spiral of opioid addiction, this move could not have come at a better time. The study, which has been awarded $3.8 million in grant money, will look at around 250 medical marijuana patients in New York, both HIV positive and negative, and analyze their web-based pain reports. Participants will also be interviewed every three months and blood and urine samples will be taken to help monitor consumption patterns.

This is the first study of its kind to look at cannabis’s effectiveness at improving life quality and reducing pain as well as how it compares to the effectiveness of prescription narcotics. Because Big Pharma has been known to dish out copious amounts of cash to help sway elections, the fact that research on cannabis as a replacement for prescription drugs is a huge step forward. Perhaps this means the voice of the people is finally coming in louder than the voice of corporations, but until conclusions are drawn, we’ll just have to wait and see – and hopefully participate if given the opportunity.

It’s hard to believe one plant can be responsible for so many things (both good and bad) which is, no doubt, the reason so many keep begging for more research on cannabis. Fortunately, there is progress for cannabis research and for the first time in a very long time, it’s not all going to be skewed towards the negatives. Finally, we have the potential to learn about marijuana from unbiased researchers who want nothing more than to understand the plant for what it’s worth – and it’s worth a lot.

What kind of cannabis research projects are you interested in? We’d love to hear about it.